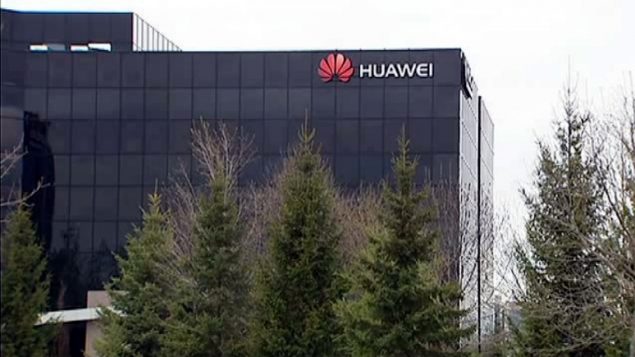 Huawei has a growing presence in Canada but U.S security officials again warned the U.S government of dealings with Huawei, including not using Huawei and ZTE mobile phones. PHOTO: via CBC

Cyber threat: FBI issues yet another warning about Huawei- ZTE

For years security experts in Canada and the U.S have been expressing concerns about Chinese high-tech firms and potential spying.

Last week FBI director Christopher Wray told a U.S. Senate Intelligence Committee hearing that the government should be ” deeply concerned about the risks of allowing any company or entity that is beholden to foreign governments that don’t share our values to gain positions of power inside our telecommunications networks”

Those concerns have been echoed by top officials from the CIA, NSA, and other intelligence officials and led to a ban against Huawei bidding on U.S. government contracts. 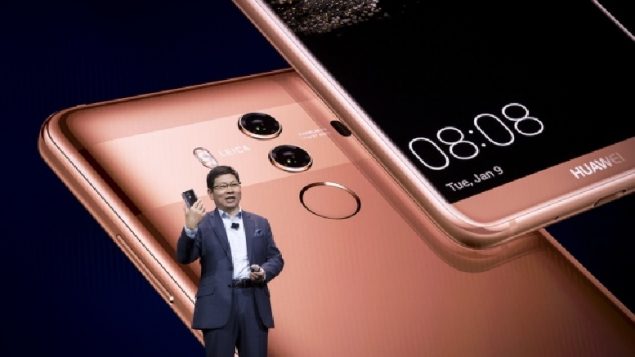 Richard Yu, chief executive officer of Huawei, holds the Mate 10 Pro smartphone while speaking during the company’s keynote event at the 2018 Consumer Electronics Show. AT&T was prepared to sell the phone later this year, but pulled out of the deal at the last minute. Yu fumed onstage, ““We’ve won the trust of the Chinese carriers .We’ve also won spots on all of the European carriers.”
PHOTO: David Paul Morris/Bloomberg via Getty Images

Officials said their concersns also include using Huawei or ZTE mobile phones. The implied fear is that the phones may be accessed through designed “backdoors” and top offiicals using such phones could accidently reveal sensitive information during phone calls.

Legislation has been proposed by a U.S Senator that would ban federal employees from using smartphones made by Huawei and ZTE.

With a presence in Canada since 2012, and also against the counsel of security experts,, Huawei has been working with SaskTel, the Saskatchewan communications provider as well as Bell, Telus, and Wind Mobile.

At the time, the  Saskatchewan Premier defended the collaboration saying the kind of technology Huawei provides did not pose a security risk

Huawei has since issued a response to this latest warning by U.S security officials. The Chinese company accuses the U.S. government of “inhibiting [its] business in the U.S. market” and adding, “Huawei is trusted by governments and customers in 170 countries worldwide and poses no greater cybersecurity risk than any ICT vendor, sharing as we do common global supply chains and production capabilities.” 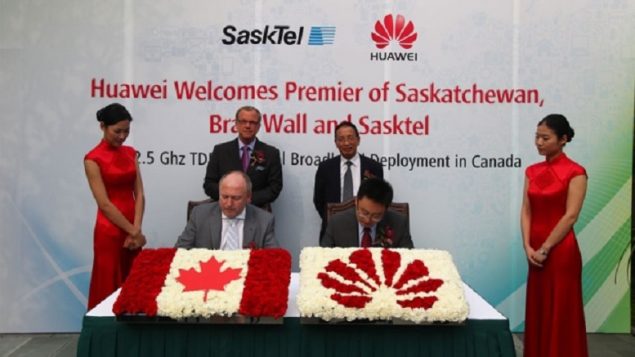 2012: Premier Brad Wall watched as the presidents of SaskTel and Huawei Canada signed a deal in Beijing to test a new wireless technology in rural Saskatchewan. PHOTO : CNW/Huawei

In previous conversations with RCI, Canadian security expert Michel Juneau-Katsuya has said that global networks are interconnected, and gaining access to any security system could allow access to many other security systems.  He said Canada is a desirable target as it is a NATO country and as such connected to other NATO systems.

One comment on “Cyber threat: FBI issues yet another warning about Huawei- ZTE”