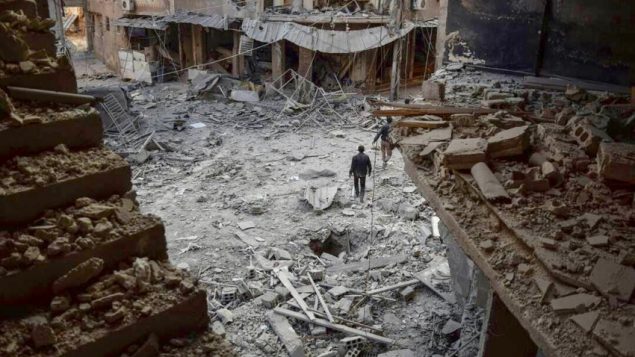 Damage from shelling in Ghouta, Syria. (Syria Relief/ Save the Children)

There has been a 45 per cent increase in casualties across Syria since the creation of four “de-escalation zones,” says the aid agency Save the Children Canada. It is calling on Canada and other countries to press for an end to the escalating horror faced by civilians in areas like Idlib and Eastern Ghouta.

“We haven’t seen anything but increase in the hostilities, increase in the killing, and injury of children and families of civilians since that agreement was reached in mid-July,” says Osama Damo, a program manager at Save the Children Canada.

He says 37 civilians are killed every day, 60 schools have been destroyed in Eastern Ghouta, 250 children flee on a daily basis and 24 health facilities have been targeted by shelling. On average, a health facility or ambulance is targeted every two days and a health worker is killed or injured every three days. 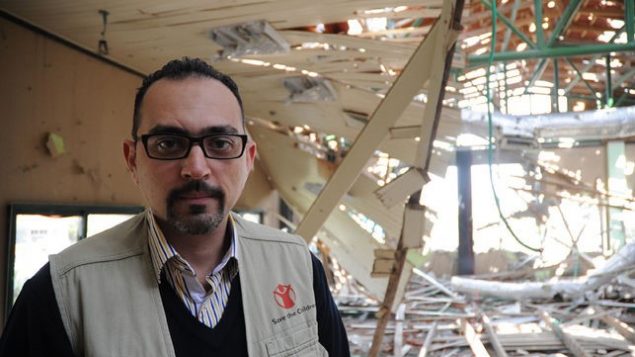 Osama Damo says after the agreement on de-escalation zones, there has been nothing but an increase in hostilities, killing and injury. (Karl Schembri/Save the Children)

Aid convoys have not been able to get through to more than two million people in urgent need of food and medicine. In Ghouta, people have been living underground since mid-February.

Save the Children Canada welcomes a statement from two Canadian cabinet ministers last week strongly condemning “the increasing and deliberate attacks against innocent people in Eastern Ghouta…The deliverate targeting of civilians, medical professionals, first responders and humanitarian workers is shocking. The Assad regime, backed by its allies, Russia and Iran, is responsible for these crimes against humanity.” 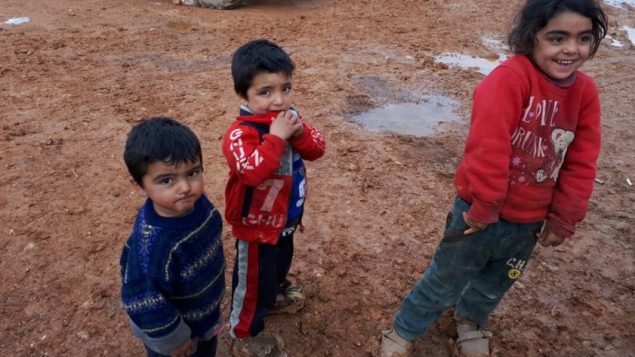 Millions of Syrian children were born into war and know nothing else. (Syria Relief/ Save the Children)

Millions of children know nothing but war

The aid agency is calling on Canada and other countries to renew calls for all parties to comply with United Resolutions calling for a ceasefire and an end to the fighting. It wants sustained safe passage for humanitarian agencies to deliver aid and for the international community to warn the perpetrators of grave violations against children that they will be brought to justice.

“There are about three million children who have grown up in Syria knowing nothing but war,” says Damo. “We are speaking about one of the most difficult humanitarian conditions anyone can live in around the world.”