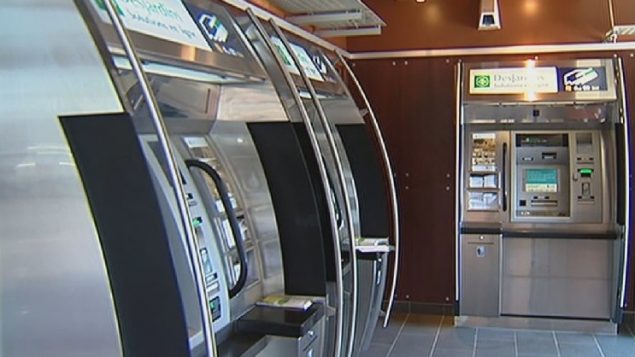 Desjardins ATM's. These "tradional" machines are on their way out, to be replaced by technology in conjunction with smart phones. It may start in Quebec, but will likely spread. PHOTO: Radio-Canada

The end of the ATM could start in Quebec

They have become ubiquitous around the world. The automatic teller machine or ATM.

They are a handy way of accessing your bank account practically from anywhere in the world.

But their time may be limited.

The Caisse Desjardins credit union is a major financial institution very similar to a bank and operates mostly in the province of Quebec.

In 2001  it had some 2,839 ATMs scattered throughout the province.  In 2014, that number had declined to about 2,200 at the start of 2016, with about 2,000 left now. Yesterday, Desjardins says it will be phasing out traditional ATMs over the next ten years. Desjardins spokespeople say ATM use has declined by 21% and counter service use by 28% while online use through computers tablets and smart phones has increased by over 50%.  Desjardins had recently announced it will no longer accept paper bills to be sent through its ATM’s as of April 9, only payments.

Desjardins is already facing criticism for pulling its ATMs from several small towns in the province. 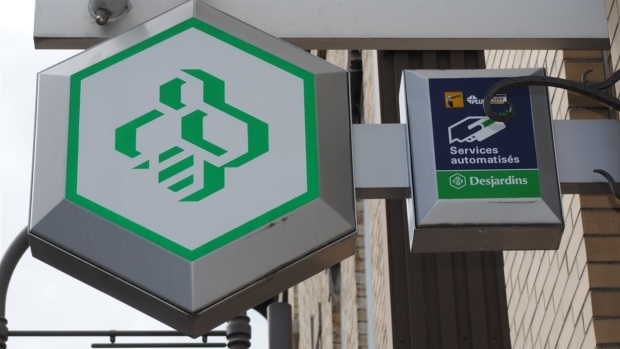 Desjardins credit union is already being criticised by small towns for removing “little used” ATM’s, and the company is being summoned before a provincial parliamentary commission to answer questions about the move PHOTO: Radio-Canada

Denis Légaré  is mayor of the Outaouais municipality of Notre-Dame-de-la-Salette. Quoted by CBC he says losing their cash machine will have a devastating impact on the local economy. “Most of the business out in the small towns in the country are cash businesses,” he said, “When you go to a farmer to buy vegetables, you have to pay cash”.

The move is being criticised not only by small town mayors who’ve lost or are losing the local ATM’s, but Desjardins officials are being summoned to appear before a Quebec parliamentary commission to answer questions about the move.  In May,The commission will also hear from the Canadian banking association, Quebe Federation of Municipalities, and university expert on regional development.

Desjardins spokespeople say that younger people the 18-34 cohort, are turning more to electronic transactions and the credit union is just following the trend.