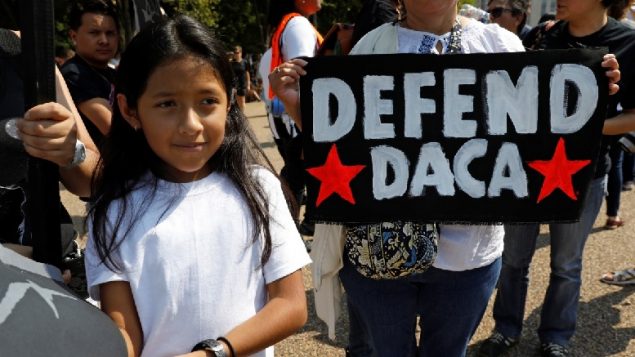 Demonstrators hold signs during a protest in front of the White House after the Trump administration announced the Deferred Action for Childhood Arrivals (DACA) would be scrapped. Photo: Kevin Lamarque/Reuters

A new poll shows Canadians are divided on whether the country should accept people currently living in the U.S under temporary protected status and who may be forced to leave.

There are two U.S programmes involved both of which are easily confused.

One is the so-called DREAM Act (Development, Relief and Education for Alien Minors Act) introduced in 2001 but although several versions have been introduced since, it has  never passed into law. The DREAM act would theoretically eventually lead to permanent residency for “dreamers” if certain conditions were met.

The other is  DACA- (Deferred Action on Childhood Arrivals) which was introduced in 2012 by then President Obama as stopgap measure that would shield from deportation people who were brought into the United States as children ( a subset of Dreamers- children who had been in the U.S since 2007 and were under 16 upon arrival and under age 31 in 2012) The status is renewable, lasting two years at a time and allows people to live and work in the U.S. The program does not provide a pathway to citizenship.

Those living and studying or working in the U.S. under DACA are often nonetheless called “Dreamers”

President Trump has said DACA will be phased out and thereby end any protection for Dreamers, affecting about 800,000 people

A recent survey by the Angus Reid Institute has found that most Canadians think ending DACA is wrong. About 64 per cent, say the programme should remain.

Although a big issue in the U.S., a large number of Canadians are either unaware, or have only a passing awareness of the issue. Photo: Angus Reid Inst.

Response is also affected by age and political affiliation. Younger Canadians age 18-24 are more in favour, as are those affiliated with the centrist Liberal party, and the left leaning NDP.

Those older than 24 and tending toward the right leaning Conservative party are mor against welcoming Dreamers.

However, while this is big news in the U.S, especially with a caravan of Central American asylum seekers making their way north towards the U.S. border, many Canadians say they don’t know much about the situation. 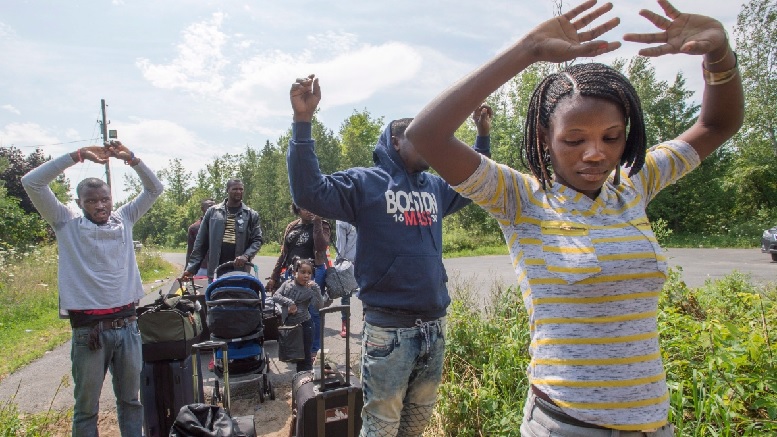 Many Canadians have become concerned about the influx of migrants crossing illegally into Canada to claim asylum over fears of losing temporary protected status in the U.S and being deported. Photo: Ryan Remiorz- CP

A quarter of respondents (24%) say they haven’t heard anything about the DACA/Dreamer situation, while 29 per cent said they had merely scanned headlines.

What has been making news in Canada is the stream of migrants from the U.S who have been crossing illegally into Canada to claim asylum.  Most of the approximately 25,000-30,000 who crossed into Canada last year to claim asylum were people living under temporary protection status in the U.S. but feared being deported.