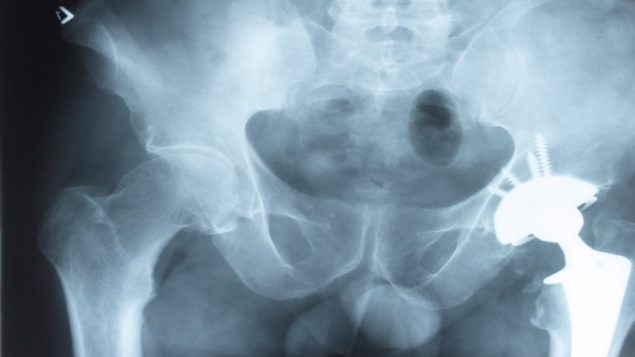 A settlement has been reached this week in the Quebec class action lawsuit against the Depuy ASR hip replacement system.

These were subject to a worldwide recall in August 2010 due to problems with the metal on metal devices. 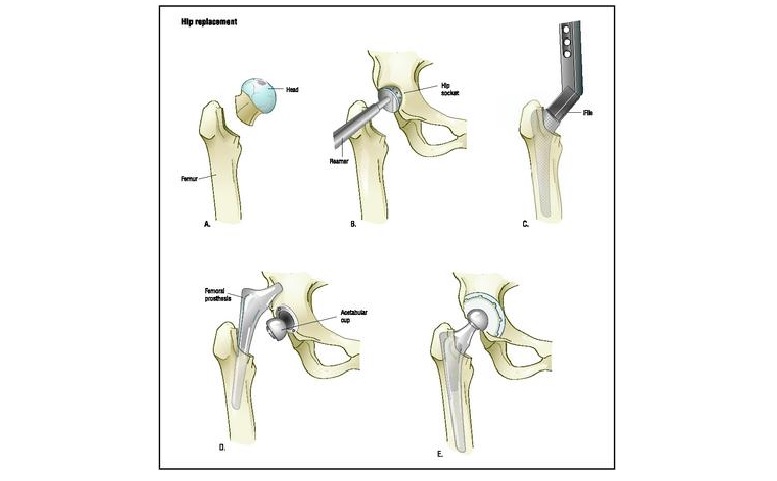 In a hip replacement, the upper leg bone, or femur, is separated from the hip socket, and the damaged head is removed (A). A reamer is used to prepare the socket for the prosthesis (B). A file is used to create a tunnel in the femur for the prosthesis (C). The hip and socket prostheses are cemented in place (D), and finally connected (E).
Illustration by Argosy.via suregeryencyclopedia.com

The settlement was reached just prior to going to trial.

The case was launched in Quebec by Kugler Kandestin on behalf of some 600 plaintiffs who were surgically implanted with an ASR XL Acetabular Hip System or an ASR Hip Resurfacing System (“ASR Implant System” or “ASR Implant Systems”), 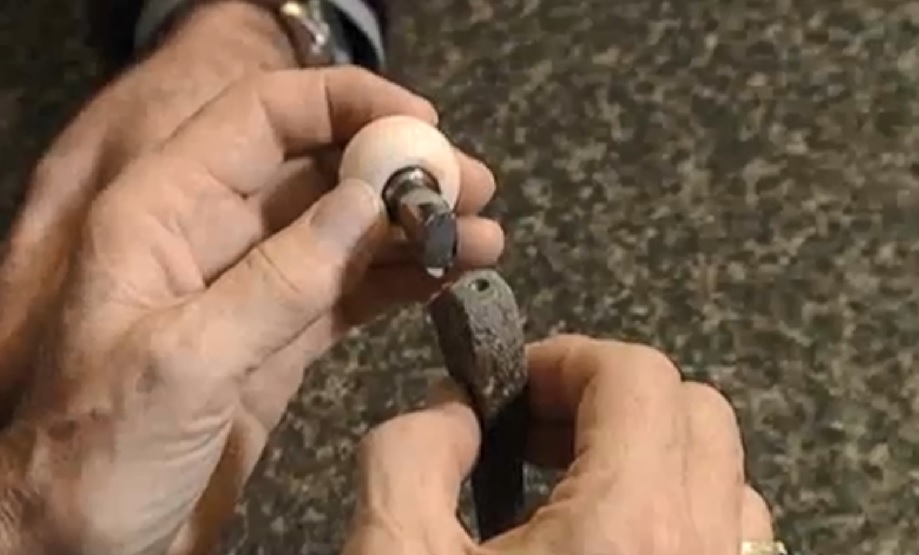 DePuy device is not the only one to cause problems. This Nova Scotia man had a hip device break in his body breaking his femur. The revision surgery was difficult and left his leg about 3.5 cm shorter than the other. The  Wright Profemur Hip Implant was later pulled from the market and the man is part of yet another class action suit. Photo: CBC

A revision is the surgical process to remove the original device and replace it with another. This is usually more complex and longer than the original operation.

This is the latest in a series of lawsuits against the Depoy ASR system elsewhere in Canada and around the world.

For example, a class action suit in Australia was just settled for $250 million.

The DePuy ASR is not the only hip replacement system blamed for problems.

The Zimmer Durom acetabular metal on metal hip implant or “Durom Cup” in Canada is a device used in hip replacement or hip resurfacing surgery and was also the subject of a class action suit in Canada.

The a hip replacement device made by Wright Medical Group of Memphis Tennessee, was also the subject of a national class action.