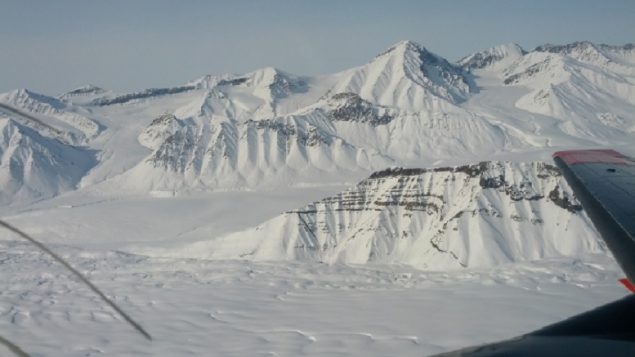 During a recent research study in the high Arctic, a very surprising and very unexpected discovery was made on Devon Island. 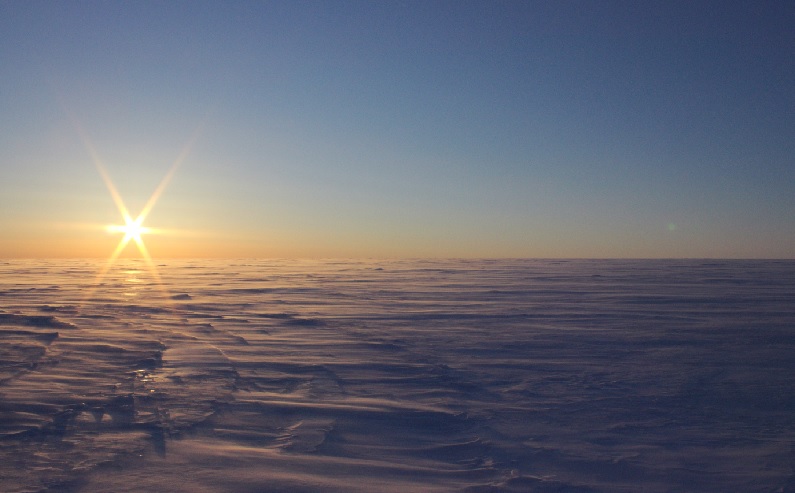 Deep below the huge ice cap, they found two large lakes. What is more unusual, the lakes are salty.

Anja Rutishauser, PhD student at the University of Alberta is lead author of the research 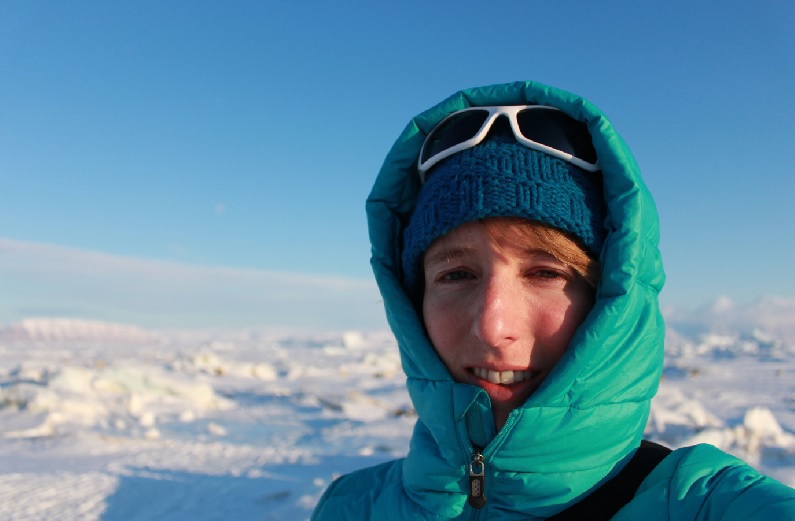 Anja Rutishauser in Quaanaaq (Greenland), where the research team was stationed for the aero-geophysical survey over Canadian Arctic Ice Caps. Photo: supplied

Researcher Anja Rutishauser was studying the bedrock under the ice cap when the radar data showed something unusual a huge amount of liquid water.

In fact, two large lakes of water each at least five to seven square kilometres in size.

The initial findings have just been published in the journal Science Advances under the title, “Discovery of a hypersaline subglacial lake complex beneath Devon Ice Cap, Canadian Arctic” (abstract HERE) 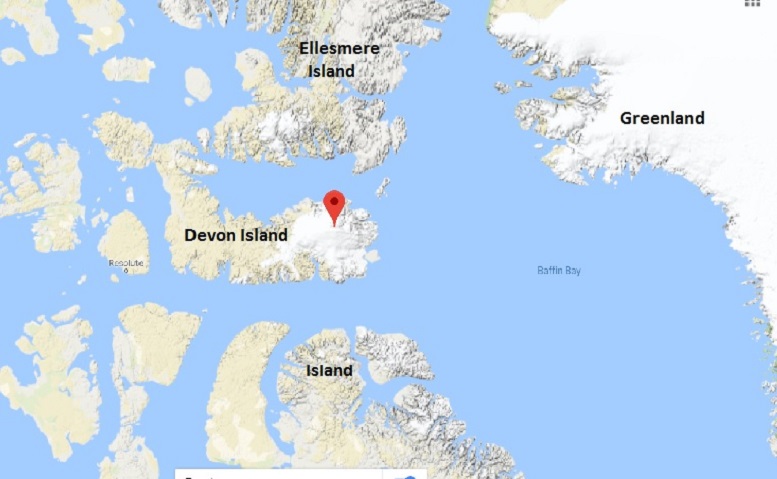 Not only that, but being liquid they were determined to be very salty, and much more so than the ocean, although being high above sea level, there is no connection to salty ocean water.

While there have been discoveries of lakes deep under the ice in Antarctica, these are thought to be the first isolated “hypersaline” underwater lakes ever discovered. 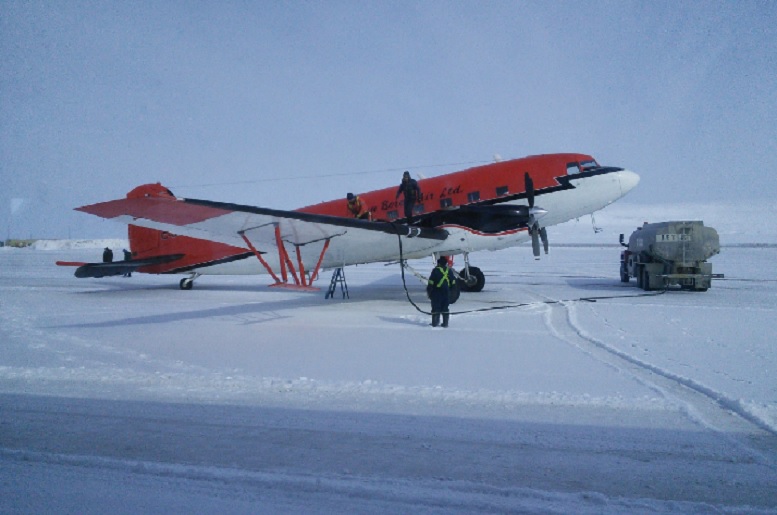 Shown shortly before takeoff for the aero-geophysical survey over Canadian Arctic Ice Caps, the venerable DC-3 of Kenn Borek Air, albeit with modern engines and other modifications. The red struts under the wing are radar antennae Photo: Tom Richter

The news has generated a great amount of scientific excitement about the possility that these newly discovered lakes are a potential habitat for microbial life.

Rutishauser says that while all subglacial lakes are good analogues for life beyond Earth, the hypersaline nature of the Devon lakes makes them particularly tantalizing analogues for ice-covered moons in our solar system. 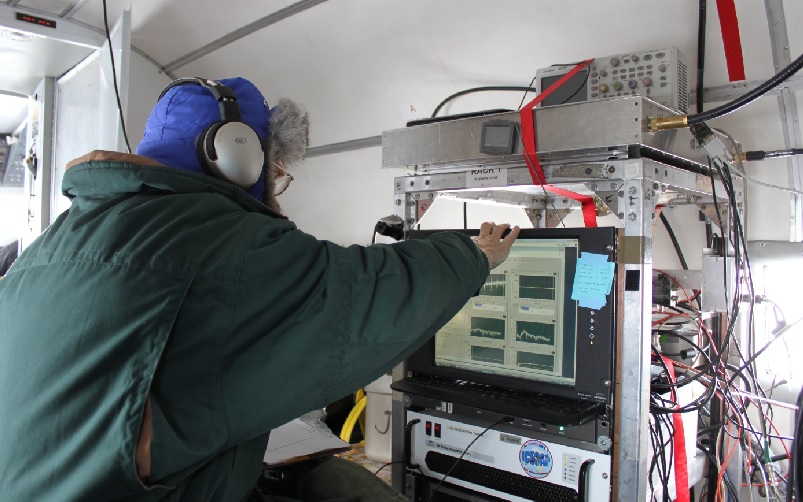 A University of Texas Institute for Geophysics (UTIG research scientist operating the radar instruments inside a DC-3 aircraft during a survey flight over Devon Ice Cap. Photo credit: Anja Rutishauser

“We think they can serve as a good analogue for Europa, one of Jupiter’s icy moons, which has similar conditions of salty liquid water underneath—and maybe within—an ice shell”, she says.

If they can eventually find microbial life, it would have evolved in total isolation for about 120,000 years.

It would be studied as to what it is,  the process of its evolution, and how it continues to live in this cold environment with no connection to the atmosphere or light. 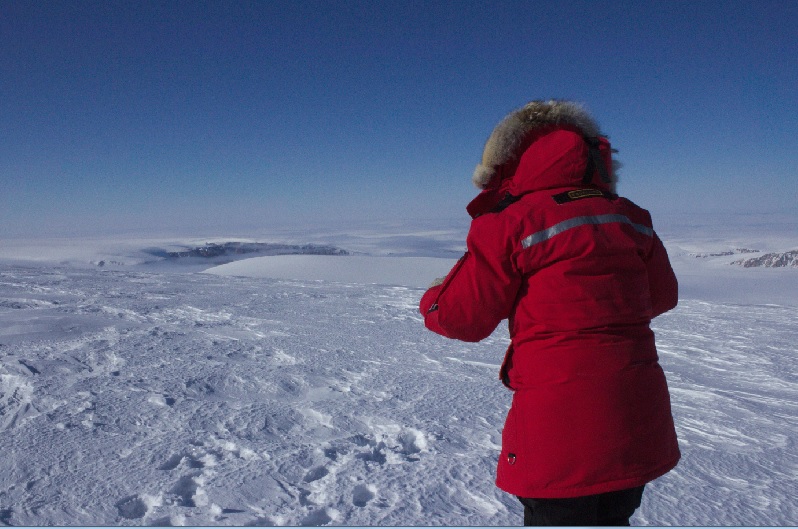 Rutishauser is preparing to further study the lakes and eventually scientist may drill down the more than half kilometre thick ice to get to the lakes to take samples.