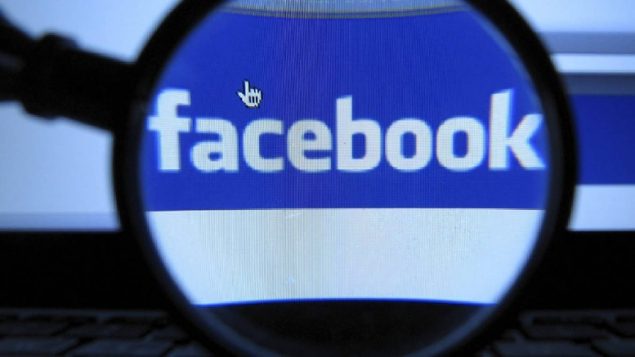 In 2017, a British Columbia resident, Othman Ayed Hamdan, was acquitted by a judge on charges of terrorism.  However, the police still insist he’s a threat radicalized by Daesh (ISIS) and who was advocating for “lone wolf” style attacks in Canada.

Hamdan a 37 year old construction worker, was born in the UAE to Palestinian parents and spent many summers in Jordan.  He moved to the US to study, later moving around from state to state. He came to Canada in 2001 following the 9/11 attacks and was granted refugee status but is not a Canadian citizen. He was arrested in Fort St John, B.C. on terror charges in 2015. 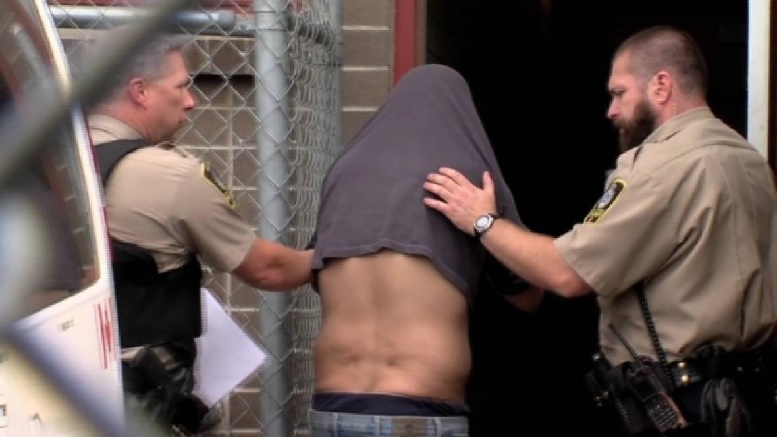 Othman Hamdan, who was acquitted of terrorism-related charges, shields his face from the media on his way into a bail hearing in Fort St. John after he was charged in 2016.  Photo: Brett Hyde/CBC

Last fall a B.C. Supreme Court judge acquitted Hamdan on charges of encouraging murder, assault and mischief for terrorist-related purposes, and also for encouraging and giving instruction for others to carry out a terrorist act.

However he was then  held in custody by immigration authorities.

Hamdan appeared Monday at an immigration and refugee board hearing to determine his continued admissibility to Canada or whether he poses security threat and should be deported.

Police said they began tracking Hamdan’s Facebook posts in 2014 and noted some 85 posts indicating support for Daesh and also listing infrastructure in Canada which had “weak” security such as a particular dam in B.C, and particular bridge in Ontario. 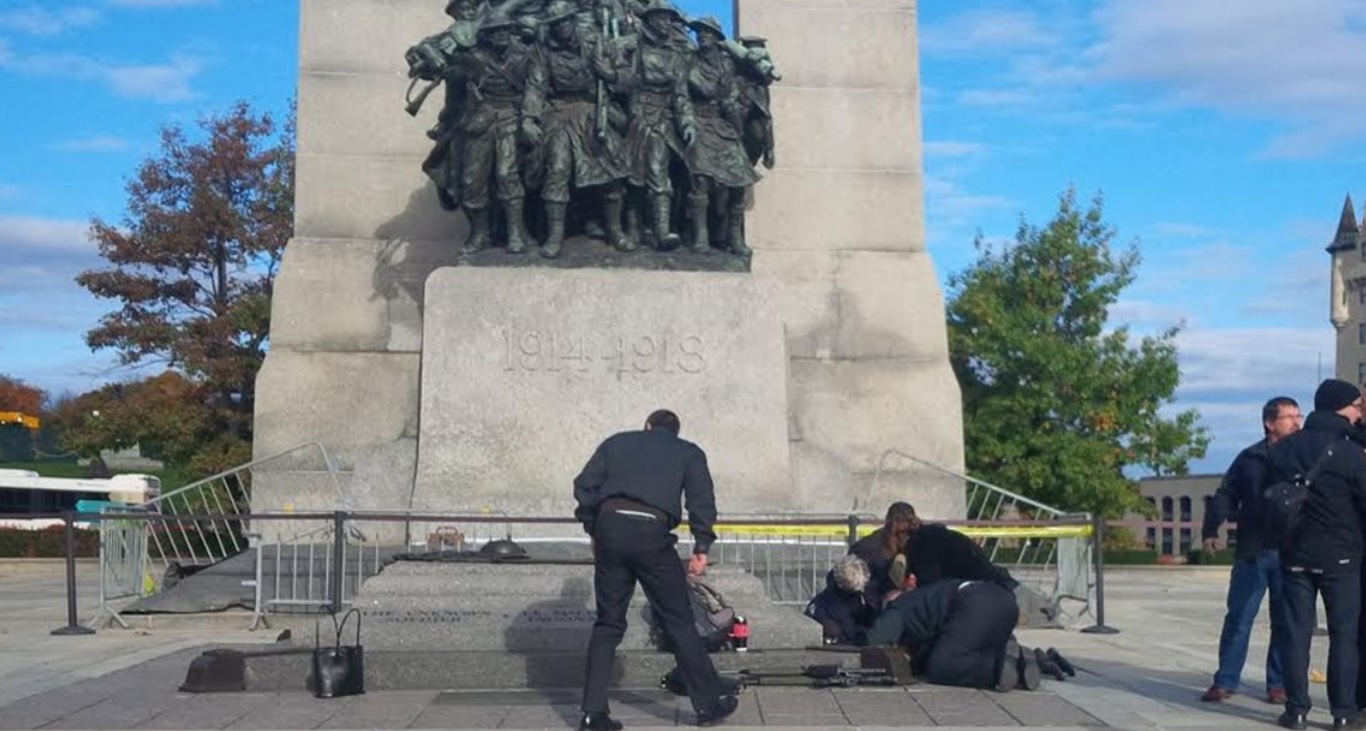 Police say Hamdan praised the action of radicalised Muslim convert Zehaf-Bibeau who shot and killed a Reservist soldier on honorary guard duty at the Tomb of the Unknown Soldier in Ottawa in 2014. Photo shows people just reacting to the shooting before para-medics arrive: Radio Canada

RCMP Constable Const. Tarek Mokdad told the hearing that he wrote two reports on terrorism and on Hamdan but they were not entered into evidence at the B.C court.

He told the hearing that Hamdan was not a “couch jihadist”.ie a big talker only, but instead was actually giving instructions and “how-to” information for lone wolf attacks.

Const Mokdad, fluent in Arabic, said his opinion is formed on evidencem not only words used but also context, in addition to screen grabs of Facebook postings which have since been removed by the social media giant..

Hamdan has remained in immigration custody since the B.C trial, but has filed a lawsuit claiming malicious prosecution and unlawful incarceration.