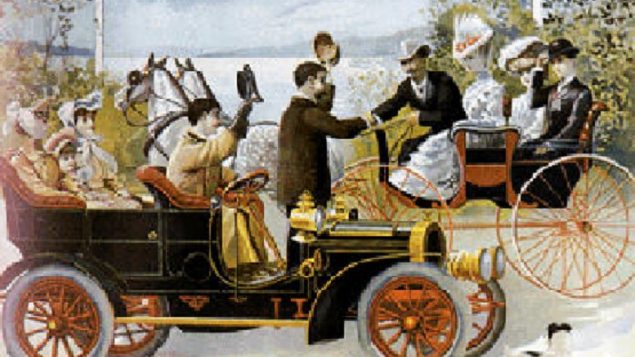 A 1918 poster for the Canadian built McLaughlin in Oshawa Ontario. By then the car was already becoming very popular, and sales of cars The company was bought out by GM that year. Image: Canadian Encyclopaedia

The newly invented technology of the automobile was quickly catching on around the world, and with it, problems.

The western prairie province of Alberta which had only joined the Canadian Confederation in 1905, saw its first automobile arrive in 1901. Then just a few short years later seems to have found itself facing many “reckless” drivers in 1906, at least in the major cities of Calgary and Edmonton.

A member of the provincial parliament, J.R  Boyle, introduced the Automobile Act to limit speeds to 20 miles per hour in the countryside, and 10mph in the city. If encountering a horse which appeared startled, the vehicle also had to stop immediately and wait till the horse moved on.

The regulations included the proviso that all vehicles had to be registered, and owners take out a permit- as in licence. As has often been the case, many protested the new regulation saying it was merely a ploy for the province to raise revenue. 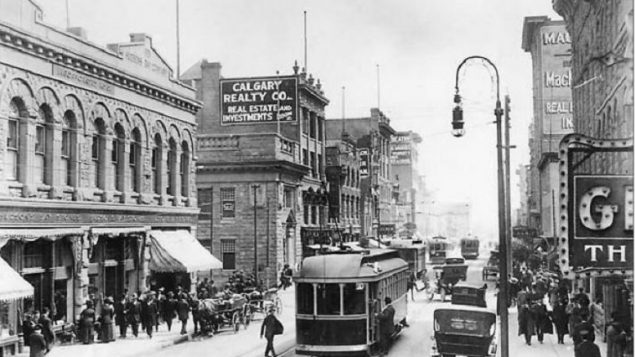 On the same date 22 years later, another debate took place regarding the automobile, in the city of Calgary. City officials met with representative of General Electric to discuss another new technology, that of “stop and go” traffic signs. GE’s salesman said the system was already up and working well in Toronto Ontario, adding that it freed policemen from traffic duty so they could investigate more serious matters.

Calgary officials said the electric traffic lights were just a fad, and that car drivers and pedestrians wouldn’t want to be regulated by a mechanical device. 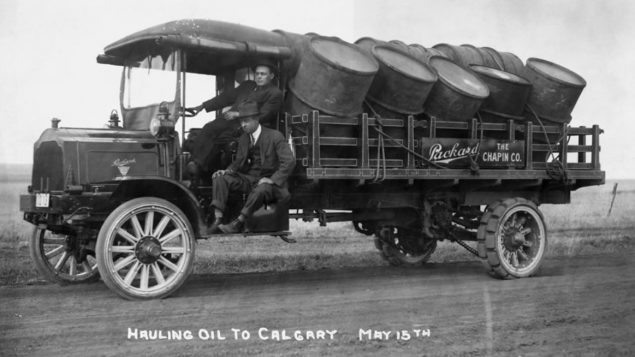 Ontario meanwhile, where the first car had arrived in 1898, and in 1903 had set a speed limit of 15mph. The first 198 licence plates were issued the same year.

When the Ford Model T began to be produced in 1908, ownership increased greatly with the province issuing driver’s licences in 1909, but only to those who drove cars owned by others, i.e. chauffeurs licences. By 1927, everyone who drove a vehicle had to have an operator’s licence and by that time the province had also initiated a gasoline tax

Fascination for the automobile was not universal. In the province of Prince Edward Island the first gasoline automobile had arrived in 1905.

By 1908 there were a mere seven cars in total on the island but they were being called terror wagons, devil wagons and also, an instrument of death. 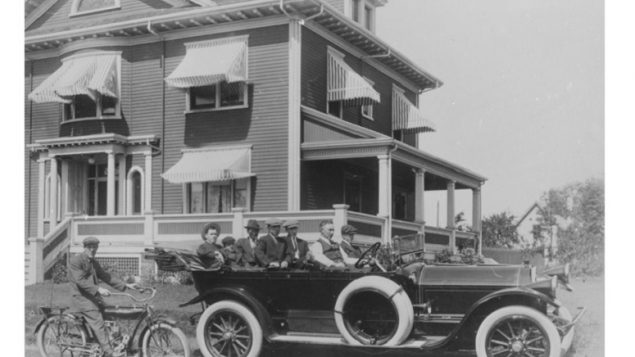 1913-The Tupin family goes for a ride in Summerside PEI when a ban on automobiles in the province was partially lifted.  Photo: PEI Public Records and Archives Office

The provincial parliament voted unanimously to ban them outright, a ban which lasted until 1913 when it was repealed. But as a huge majority were still against them, a revised law said that 75 per cent of people living along a road had to approve which led to a patchwork  set of regulations where some roads and towns allowed them and others didn’t. The ban was only entirely lifted after the First World War, in 1919.