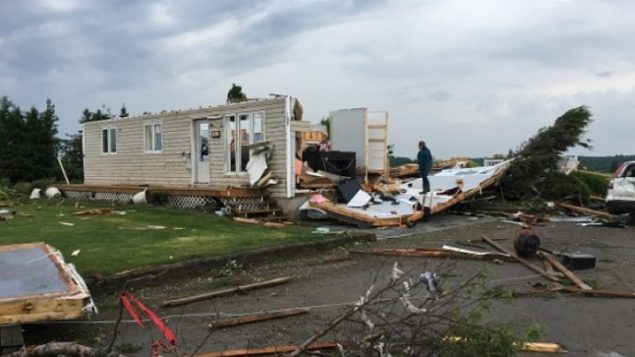 Several homes were damaged by tornadoes that ripped through southern Quebec on June 18, 2017. (Radio-Canada) 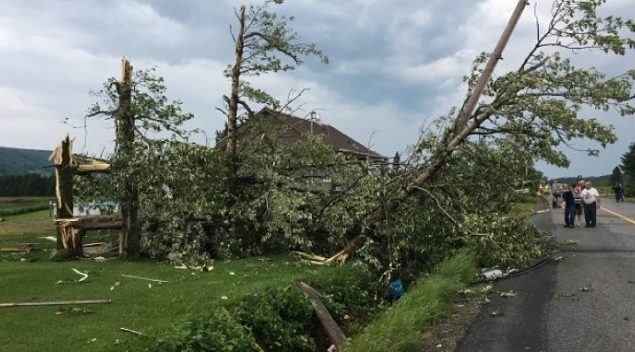 Some damaged trees could be seen from the ground, but aerial images of trees in remote surroundings enabled researchers to map the true scope of tornado activity on that day. (Radio-Canada)

“Many Canadians don’t realize that we can have intense tornadoes in the northern regions of the country. The goal of our project is to identify as many of these as we can, so that we can better define the true risk in those areas,” said Prof. Greg Kopp, the lead researcher for the Northern Tornadoes Project at Western University in a news release.

Researchers used advanced satellite imagery of the areas that were known to have been damaged as well as surrounding areas spanning more than 400 km. There were ground surveys of the region and then aircraft were sent up to capture high-resolution aerial images of the damage. This revealed significant tree falls in remote and heavily forested areas.

The strongest tornado of the day occurred at Sainte-Anne-du-Lac and was rated as an EF-3 with a track length of 30.5 km and a width of 1,300 m.