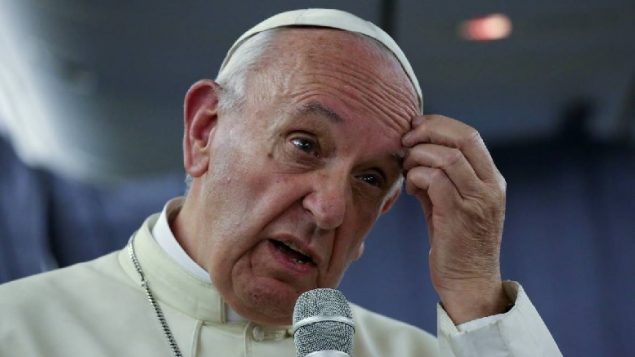 The Canadian Conference of Catholic Bishops (CCCB) announced in a March 27 letter that Francis could not "personally respond" to the Truth and Reconciliation Commission's call to action that he visit Canada and apologise to Canada's Indigenous peoples for the church's role in residential school abuse. Photo: Alessandro Bianchi/Reuters

That system was an over 100 year bitterly dark stain on Canadian history. 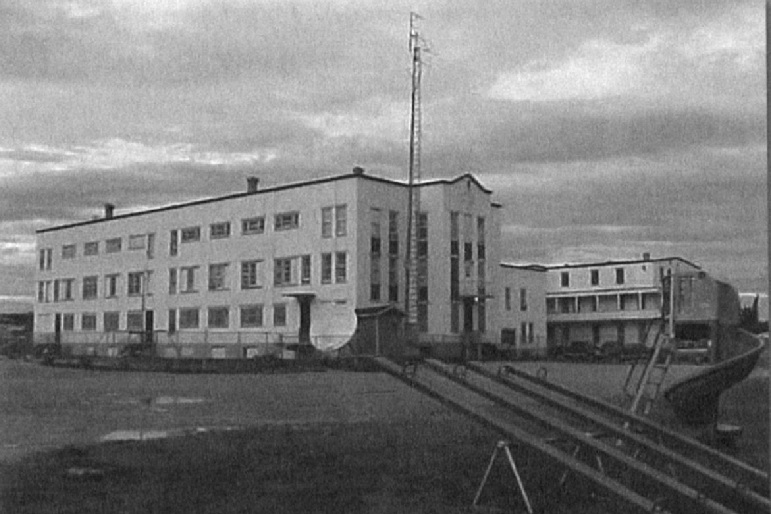 The notorious Ste Anne’s Indian Residential School. The school ran from 1919 to 1963. It burned down in 2002. Photo ; Algoma University -Edmund Metatawabin Collection

From the 1800’s until the 1990’s some 150 thousand aboriginal children were taken from their homes and placed into residential schools often far away from family. The idea was to teach them so they could better integrate into “modern” society and away from indigenous language and culture

The schools, spread out across the country, were funded by the federal government but run by religious orders, the majority of schools having been run under the auspices of the Catholic Church..

The children would later recount systemic abuse; emotional, physical, and sexual. Many of the children died under mysterious circumstances.

Federal New Democratic Party Member of Parliament, Charlie Angus, has tabled a motion in the House of Commons for the government to send a request that the Pope issue a formal apology to Canada’s indigenous peoples for their suffering at the hands of the church members.

Charlie Angus’ federal riding in northern Ontario includes Fort Albany near James Bay. That was the site of Ste Anne’s School one of the larger residential schools.

He initiated the parliamentary motion after the Pope had indicated previously he could not personally issue an apology.   While he has expressed “sorrow” for injustices, he also noted that Pope Benedict XVI had earlier also expressed sorrow.

However, a formal apology from the highest level of the Catholic church is one of the recommendations of a highly emotional inquiry into the residential school system known as the Truth and Reconciliation Commission. 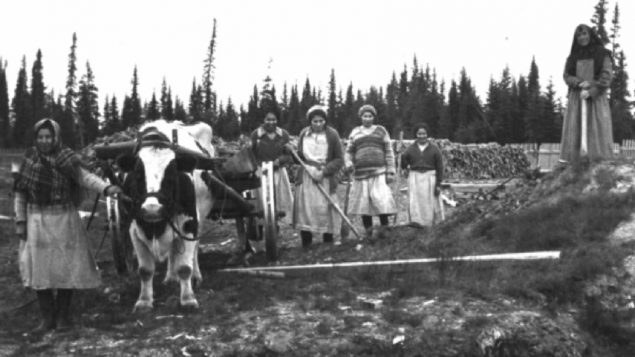 That commission heard, as has MP Charlie Angus, that many survivors of the schools or their descendants, indicated that such and apology would help them heal.

Angus’ hope is that the weight of the Canadian government and a formal request might motivate a papal apology.

“I am sorry, more than I can say, that we were part of a system which took you and your children from home and family.” Archbishop Michael Peers : 1993 apology on behalf of the Anglican Church of Canada

“It is with deep humility and in great sorrow that we come before God and our aboriginal brothers and sisters with our confession”. 1994 Statement of apology by four leaders of the Presbyterian Church

The debate in Canada’s Parliament will begin this morning (Thursday, Apr 26) , and a vote will be held next Tuesday. Angus is hopeful that the vote to send a Parliamentary request for a Papal apology, will be unanimous.