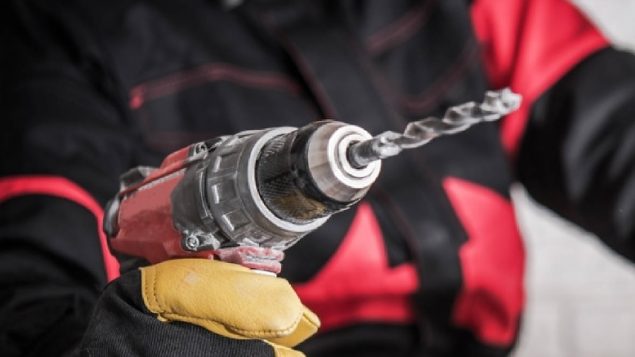 Gas prices rise − so does gas theft, and damage

Gasoline prices in Canada have risen to record levels and with it a fairly recent phenomenon.

Gasoline (petrol) has now hit record highs of over $1.60 per litre in Vancouver, while in Montreal for example prices are over $1.45/l.

Technology has brought some great innovations.  We have the convenience of cordless drills for example, and cars now have cheaper to make plastic gas tanks that have the advantage of never rusting out like the old steel tanks.

In the old days, gas thieves would siphon the gas out through the filler spout. That can’t be done anymore due to “anti-rollover” valves in the spout which close in the event of a rollover preventing gas spillage and also block hoses being slipped down the spout.

You certainly wouldn’t want to drill into a metal tank, but with the plastic there’s no risk of a spark and a sudden extremely nasty experience.

Police are reporting a rash of incidents across the country as thieves drill easily into modern plastic tanks and make off with the valuable liquid. 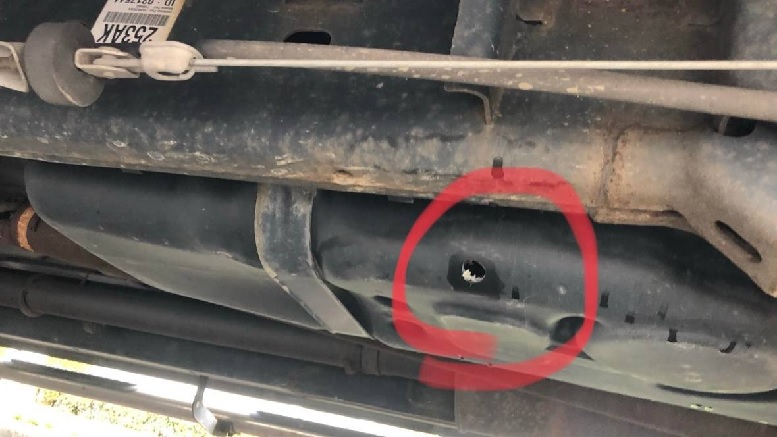 In Langley, B.C., at least five people who drive trucks with large plastic gas tanks have been robbed of gas by somebody with a drill who drained their tanks. Drilling through plastic is quick, easy, and poses little risk. Photo: Grant McMillan

Beyond the cost of the stolen gas, is the extremely high cost of repair.

Vehicles have to be towed to repair shops where a replacement tank has to be installed.

This can be from the many hundreds to literally thousands of dollars, and while the owner’s insurance might cover most of it, there are still the costs of inconvenience and the insurance deductible, that is the amount the owner has to pay for damage before insurance kicks in. Although the amount varies, this is usually from $300-$500.

Thieves are targeting mostly pick-ups and SUVs for two reasons: they have large gas tanks, and are usually higher off the ground leaving more room to get underneath, drill the hole and then place the buckets to capture the gas.

An equally bad environmental issue develops as well. Gas is heavy and your average thief can only carry about 20 litres. This leaves a lot of gas to continue to spill out onto the ground even if changing containers.

A large vehicle gas tank can hold almost 100 litres of gas, and if full, a lot will spill out.

Police say it’s hard to keep statistics on thefts under $5,000 to know how many are related to gas thefts. In many cases, people will also not bother to inform police.

A garage owner in Langley. British Columbia quoted by the CBC says,

“We are getting this more and more because of the cost of fuel. It seems to be getting worse.”