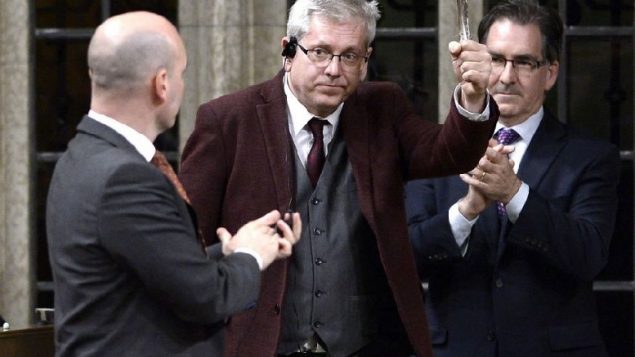 NDP member Charlie Angus holds an eagle feather as a symbolic gesture during the vote on his motion yesterday in the House of Commons. Photo: Justin Tang- CP

It was a private member’s motion and it has passed almost unanimously in Canada’s House of Commons. It calls on the Pope to apologize for the Catholic Church’s role in the abuses against indigenous children in the residential school system.

Canada’s residential school system for over 100 years took indigenous children from their homes to be placed in residential schools often far from families, In those schools, run by various religious orders, the children were too often subject to physical, emotional and sexual abuse.  That abuse has led to a legacy of difficulties for individuals, their descendants, and entire communities. 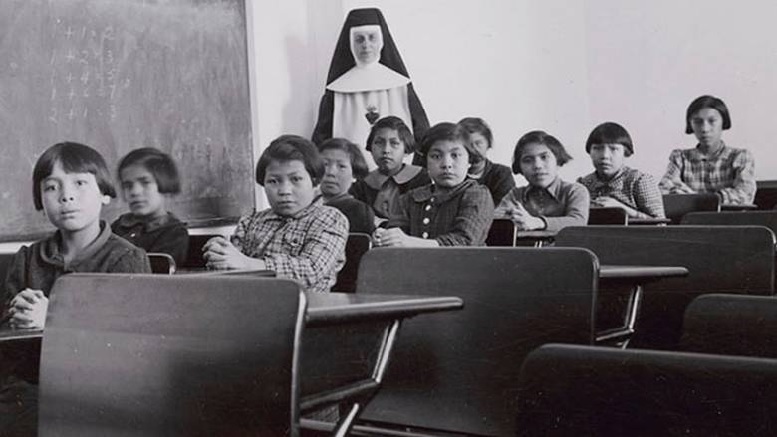 1940: Girls in a residential school classroom, Cross Lake Manitoba. Emotional, physical, sexual abuse was all too common throughout most of the system’s history. Photo: Reuters.

In recent years that abuse has become recognised as such, and those religious groups have apologised and paid varying degrees of compensation.

The majority of schools spread out across the country, almost three-quarters of them – were run by groups associated with the Catholic Church, which is the only religion not to have formally apologised. It has also not lived up to its financial commitments agreed to in a 2006 settlement.

Charlie Angus of the New Democratic party introduced a motion to have the Parliament send a formal request to the Pope for an apology hoping that would give enough weight to move Pope Francis to visit Canada and make a formal apology.  This was one of the recommendation of Canada’s Truth and Reconciliation Commission to help residential school survivors in their healing process.

The vote on the motion was carried with a majority of 269 to 10.

“This is a hopeful day – a historic day – but the work is far from over,” said NDP MP and Indigenous Youth Critic, Charlie Angus. “Working together, transcending political stripes, and reaching out to Pope Francis to invite him on this journey to reconciliation is a necessary step, but is only one of many steps we need to take. We must do better for Indigenous Peoples every single day in order to move forward on a path of true healing for the crimes of the residential school era.”

The motion calls on the Catholic Church to respect both its moral obligations and the spirit of the 2006 Indian Residential Schools Settlement Agreement.

It also calls on the Church to fulfill its commitment to raise $25 million for residential school survivor healing programs, and hand over all relevant documents related to the abuse the students suffered. 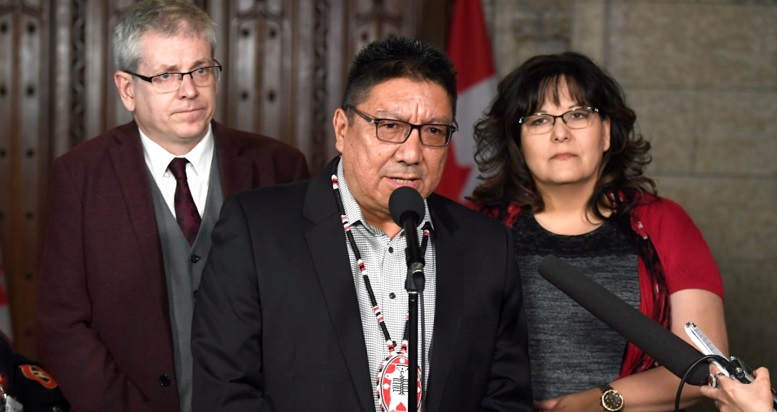 Grand Chief Alvin Fiddler of Nishnawbe Aski Nation speaks to reporters along with NDP MP Charlie Angus and Kim Jonathan, First Vice-Chief of the Federation of Sovereign Indigenous Nations in Saskatchewan, right, about the NDP’s motion calling on the House of Commons to officially ask the Pope to apologise to residential school survivors, on Tuesday, May 1, 2018. Photo: THE CANADIAN PRESS/Justin Tang

Bill Erasmus is the Northwest Territories regional chief Bill Erasmus, who holds the portfolio for residential schools for the Assembly of First Nations.   He and several other aboriginal leaders say a visit to Canada to give a personal apology is necessary in the process of righting wrongs

“Part of the reason people want an apology is to first of all have the church admit they did harm,” Erasmus said. “Then you can forgive them, you can actually accept the apology. It makes it real and it helps the healing — it helps to sort things out, so people can move forward and move on with their lives.” 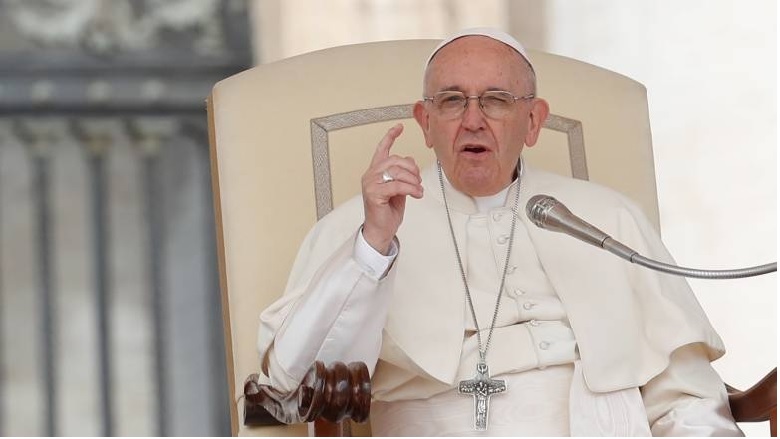 Pope Francis has said through the Canadian Conference of Catholic Bishops (CCCB) that he does not plan to apologize for the Catholic church’s role in residential schools. Photo: Remo Casilli/Reuter

In light of requests for Pope Francis to issue a formal apology  the Canadian Conference of Catholic Bishops said in March that while the Pope expressed regret for what the suffering of the children he felt he could not personally respond. The Conference later said it was their role not the Pope’s to work toward reconciliation.