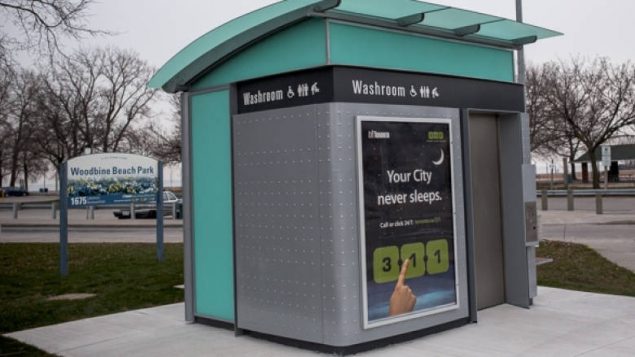 The self-cleaning toilets in Toronto. Montreal's new public toilets are expected to be similar. Photo: City of Toronto

Montreal: a place to pee, for free

(comments open on all RCI stories – scroll to bottom)

Unlike many cities in Europe and Japan, North American cities have lagged behind in offering public toilets.

Montreal has announced it will spend $3 million to install 12 self-cleaning public toilets.

Three of the facilities, which will be free to use, are planned to be completed in coming weeks. 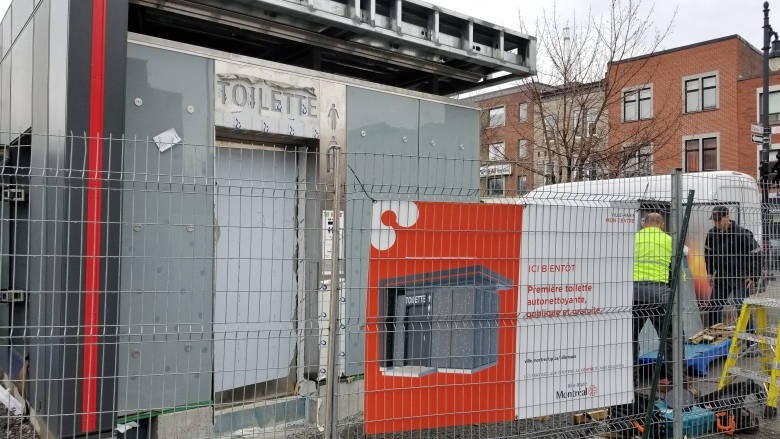 It’s not the first time, nor the first promise for Montreal. A similar proposal was promised in 2014, but  came to nothing.

Montreal however did have free public toilets back in the 1930’s.

Then Mayor Camillien Houde had a number of the buildings put up near highly frequented public spots in the city and two other larger ones built underground at Place D’Armes and  Phillips Square.  It was both a make-work project in the era of high unemployment, and to improve the city smell amongst other things. 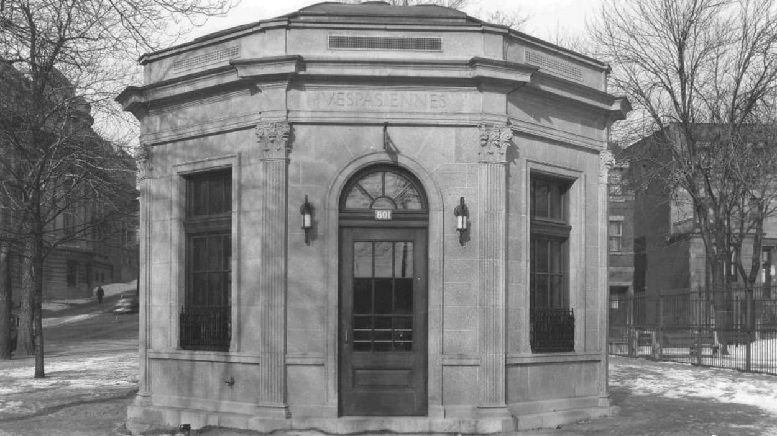 Montreal’s original above ground public toilets in the 1930’s copper roof, fluted semi-columns, architectural elegance. This was originally in Viger Square, but is now moved to Square Saint-Louis. Photo: City of Montreal Archives

All were built to be simple yet elegant and certainly the octagonal  above ground facilities were designed to be architecturally pleasing to the eye.

Originally called “vaspasiennes” after the Paris tradition where they were named by the inventor in honour of Emporer Vaspasian who created public toilets in ancient Rome. ( He chose that name to avoid having his own name attached to his “pissoirs”.  In spite of the official name however, they quickly became knicknamed by Montrealers as, “Camilliennes” after Montreal’s mayor, Camillien Houde, who had them built. 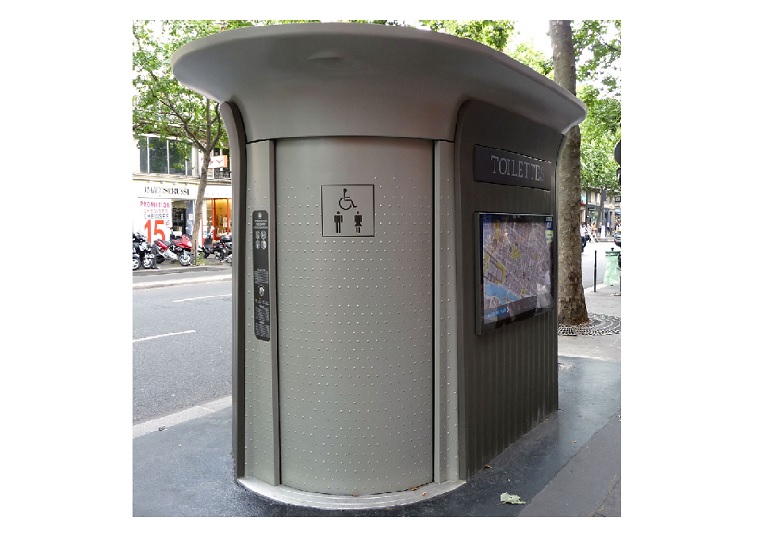 Another Mayor later had them closed citing high maintenance and cleaning cost and apparently also due to some allegedly dubious behaviour in the two large underground facilities. 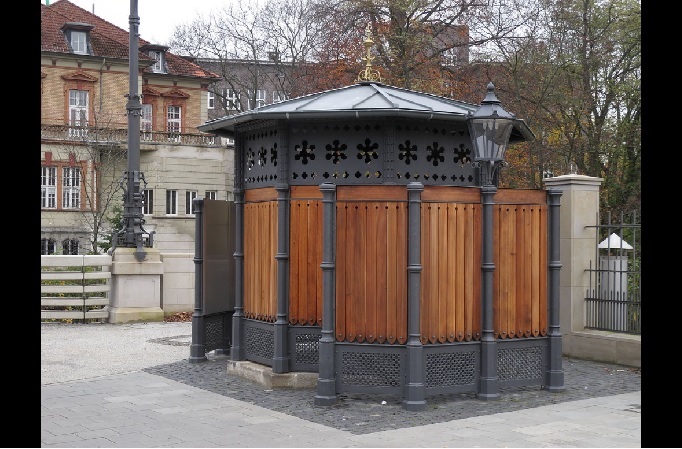 Although many European cities have very hi-tech and functional designs and materials for public urinals and facilities, this heritage one in Braunschweig Germany shows attention to architectural aesthetics and was restored in 2013: Photo TeWeBs-wikicommons

Toronto and Vancouver, are the other Canadian cities that do have public toilets, However, Toronto, as Canada’s biggest city, had promised 20 such facilities, but only three are operating.

Vancouver has nine self-cleaning public facilities and over 90 others in public parks. 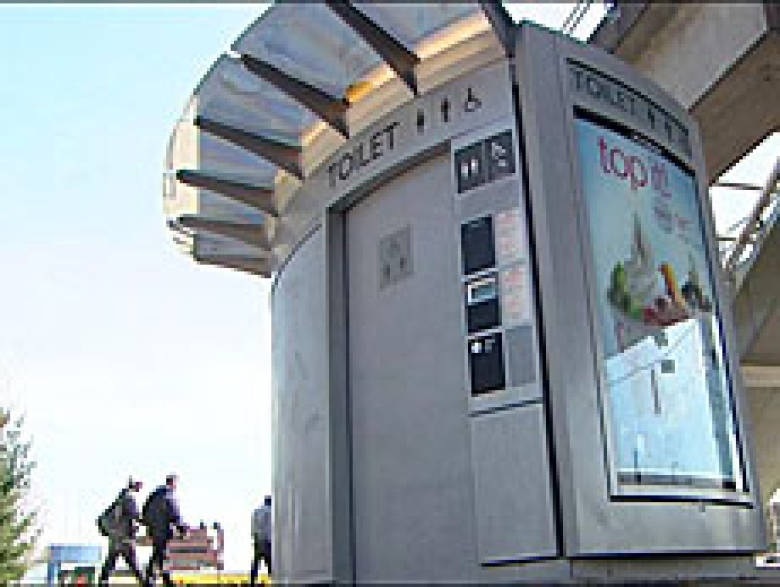 In the U.S, New York had promised 20 in 2005, but only five are functioning. Seattle was a pioneer in 2003 spending $5 million on five automated toilets, but sold them off a few years later saying they had become filthy and used by drug dealers and prostitutes. 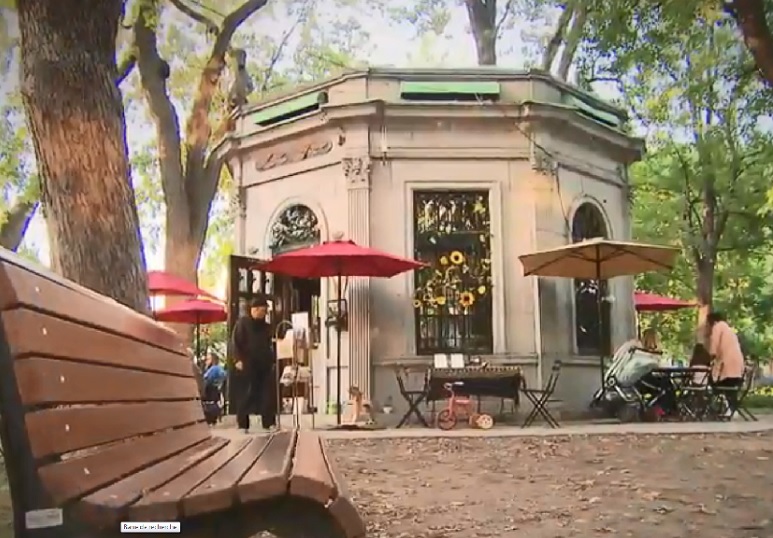 One of Montreal’s three remaining “vaspasiennes” has been converted to a small cafe. Another one is an ice cream shop, and the other is a flower shop.  Photo: Radio-Canada

Many other cities around the world are leaders in providing necessities especially in major cities thoughout Europe, such as Paris with its 400 “sanisettes”.