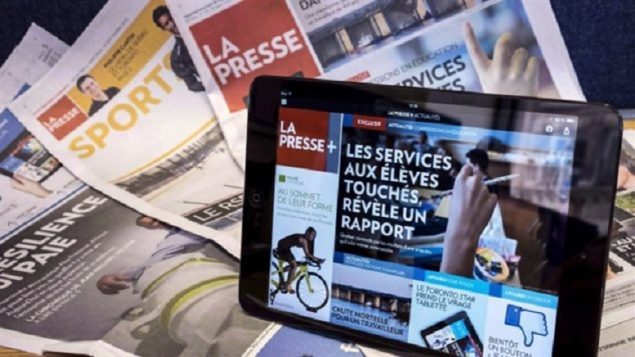 The publisher ceased it's print edition last year to go to an electronic edition only at the start of the year. Photo: Paul Chiasson-CP

La Presse, one of the major newspapers in Quebec and for French speakers, is changing itself into a not-for-profit entity.

The newspaper was first established in 1884, but has already undergone a major change just a little over a year ago. Given the changing and financially difficult times for newspapers, La Presse had already ceased publication of a print edition to become a solely on-line entity. 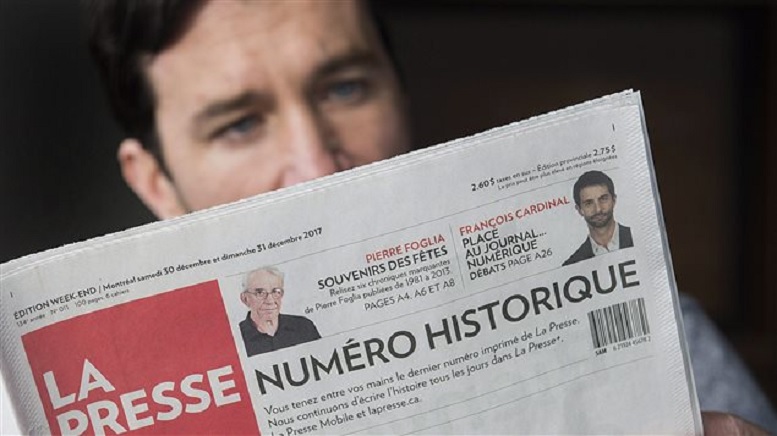 Currently owned by the Power Corporation of the Desmarais family, by switching to non-profit status it will benefit from a $50 million donation from Power Corp before ties to the current ownership are severed and the new entity is created.

As a non-profit it will also be able to accept government support funding, and donations from other philanthropic groups and individuals.

In a statement La Presse said the not-for-profit model “is designed to be a modern approach adapted to the realities of today’s written media”.

The statement also urged the federal government to support the written press.

The federal government had indicated in its last budget it  independent, non-governmental organisations involved in journalism and in smaller communities which are underserved by media.

Unusual in Canada, the model of a not-for-profit media is more common in the U.S where wealthy philanthropic foundations support investigative reporting and public interest news and programming.