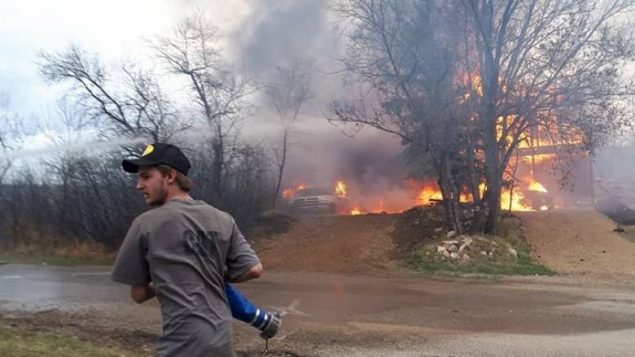 The Lumsden Fire Department said three homes were burned to the ground last week due to a fire through the Kannata Valley about 50 km north of Regina. Photo: submitted by Charmaine Hazzard

In the middle of the country however higher than normal temperatures and dry conditions across central and southern Alberta, Saskatchewan, and southern Manitoba have meant a rash of wildfires. 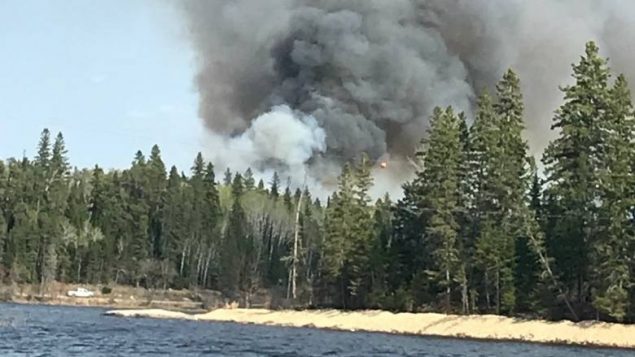 Several regions have instituted a ban on campfires or other burning to prevent the spread of grassfires. Seven homes were evacuated in the area of Lac du Bonnet about 80 kilometres northeast of Winnipeg, while another fire east of Winnipeg near the Manitoba-Ontario border also threatened cottages.

In Saskatchewan, the situation is very similar with dry conditions leading to a number of grassfires. One fire stretched  eight kilometres and destroyed three houses.   Saskatchewan’s Ministry of Environment there have been 94 wildfires by early May, well ahead of the five year average for this period of 54 fires. 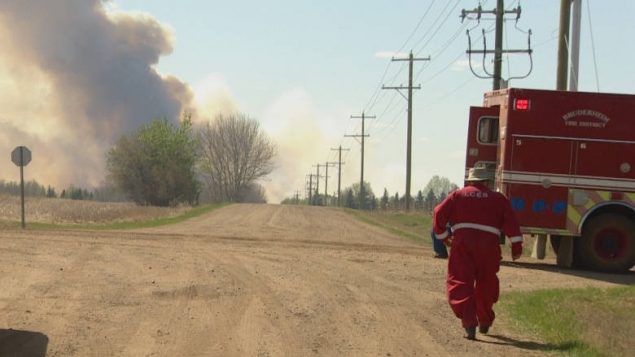 Robyn Singleton, manager for Lamont County, at the scene of one of the Bruderheim area fires northeast of Edmonton on Sunday. Photo: CBC

Large grass and brush fires were burning northeast of Edmonton, and fire bans and advisories have been issued for several areas

Since March, Alberta has seen 267 fires which have burned over 1,200  hectares, almost double the amount burned at this time last year.