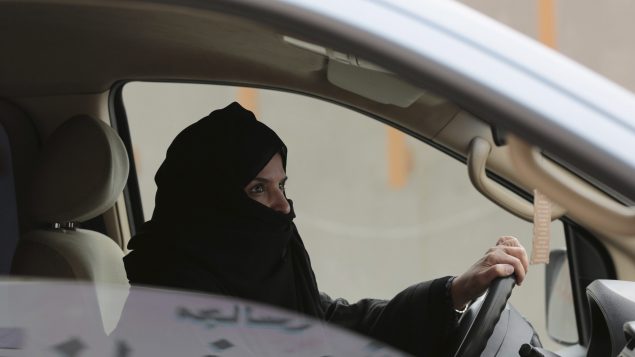 FILE - In this March 29, 2014 file photo, Aziza al-Yousef drives a car on a highway in Riyadh, Saudi Arabia, as part of a campaign to defy Saudi Arabia's ban on women driving. Saudi Arabia's arrest of 10 women's rights advocates just weeks before the kingdom is set to lift the world's only ban on women driving is seen as the culmination of a steady crackdown on anyone perceived as a potential critic of the government. (Hasan Jamali/AP Photo/File)

At least 10 well-known women’s rights activists have been arrested in Saudi Arabia over the last week, accused by authorities of undermining national security and branded as “traitors” in pro-government newspapers just weeks before the kingdom is set to lift the world’s only ban on women driving, according to Human Rights Watch.

Saudi authorities have released two of the leading women’s rights activists, Aisha al-Manea on May 23 and Hessa al-Sheikh on May 24, Human Rights Watch reported Thursday.

“We are extremely disappointed by the arrest of civil society and women’s rights activists in Saudi Arabia,” Freeland said, answering a question from the opposition during question period in the House of Commons. “These arrests are inconsistent with the Saudi government’s stated commitment to create a more tolerant and open society.”

Canada is extremely concerned by the arrests of civil society and women’s rights activists in #SaudiArabia. We call on Saudi authorities to release peaceful activists. pic.twitter.com/jz8Q7rvjes

Freeland said she and the entire Canadian government is prepared to speak up for Saudi women.

She raised Canada’s human rights concerns with the Saudi foreign affairs minister during her recent trip to Bangladesh where she attended a meeting of the Organization of Islamic Cooperation earlier this month, Freeland said.

“We will always promote the rights of women and girls,” Freeland added. 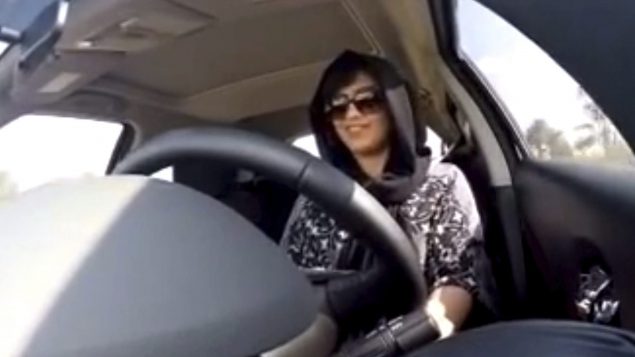 FILE – This Nov. 30, 2014 image made from video released by Loujain al-Hathloul, shows her driving towards the United Arab Emirates – Saudi Arabia border before her arrest on Dec. 1, 2014, in Saudi Arabia. She was arrested alon9 with nine other women’s rights advocates just weeks before the kingdom is set to lift the world’s only ban on women driving, on June 24. Al-Hathloul in her late 20s is among the most outspoken women’s rights activists in the kingdom. (Loujain al-HathloulAP Photo/File)

The arrests are seen as the culmination of a steady crackdown on anyone perceived as a potential critic of the government and Saudi Arabia’s Crown Prince Mohammed bin Salman, who has cast himself as a reformer, advocating equality for women and granting them the right to drive.

The group includes women ranging in age from their 20s to their 70s who have pushed to lift the ban on women driving and for equal rights, as well as men who have supported them.

All of them have also been vocal campaigners against Saudi Arabia’s male guardianship system, in which women are obliged to get the permission of male relatives or husbands to travel or marry.

“The crown prince, who has styled himself as a reformer with Western allies and investors, should be thanking the activists for their contributions to the Saudi women’s rights movement,” said Sarah Leah Whitson, Middle East director at Human Rights Watch.

“Instead, the Saudi authorities appear to be punishing these women’s rights champions for promoting a goal bin Salman alleges to support – ending discrimination against women.”

Despite having expressed serious concerns about Saudi Arabia’s human rights record the Liberal government has continued the policy of the previous Conservative government that has sought closer security and economic ties with the kingdom.

The Trudeau government has defended its decision to stick with a multi-billion deal signed by the previous Harper government to sell advanced troop transport vehicles, as well as other weaponry to Saudi Arabia.