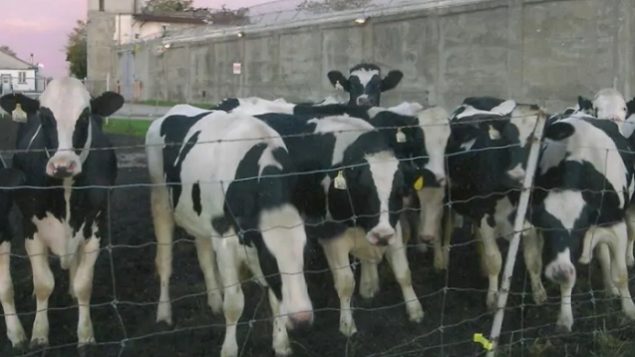 Caring for animals is among the useful skills offenders learn on prison farms. (ProjectSOIL/file)

Penitentiary farms to reopen with goats and cows

The Canadian government will reopen two farm operations in the province of Ontario to employ and instruct prison inmates. The farms were started in the 1880s but were shut down by the conservative government in 2010. Hundreds of people campaigned to keep the farms open, to no avail. 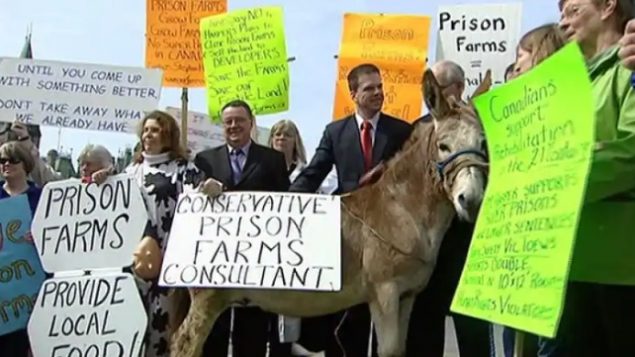 People protested to try to stop the Conservative government from closing prison farms in 2010. (CBC)

The government department that runs federal penitentiaries has a legal mandate to rehabilitate offenders and it offers them education and vocational programs. In a given year more than 3,900 offenders get on-the-job skills training and in 2016-17, inmates earned 14,030 certificates in areas such as construction trades, other trades, the food industry and safety training.

The first step of the new farm plan includes dairy cow and dairy goat operations, land management, horticulture and crop production. Offenders will be involved in building and renovating the infrastructure as well as restoring farmland to prepare for crops.

The government says offenders will learn employment skills and gain training opportunities to help them reintegrate into society.

The government has budgeted $4.3 million over five years for the reopening of the farm operations.