If people come from the U.S. to seek asylum in Canada and do so at an official border crossing they will be turned back. (iStock)

At issue is the Safe Third Country Agreement between Canada and the U.S. It is based on the premise that the U.S. is a safe country for asylum-seekers. So, if they come to Canada from there at an official border crossing, officials are obliged to turn them back. 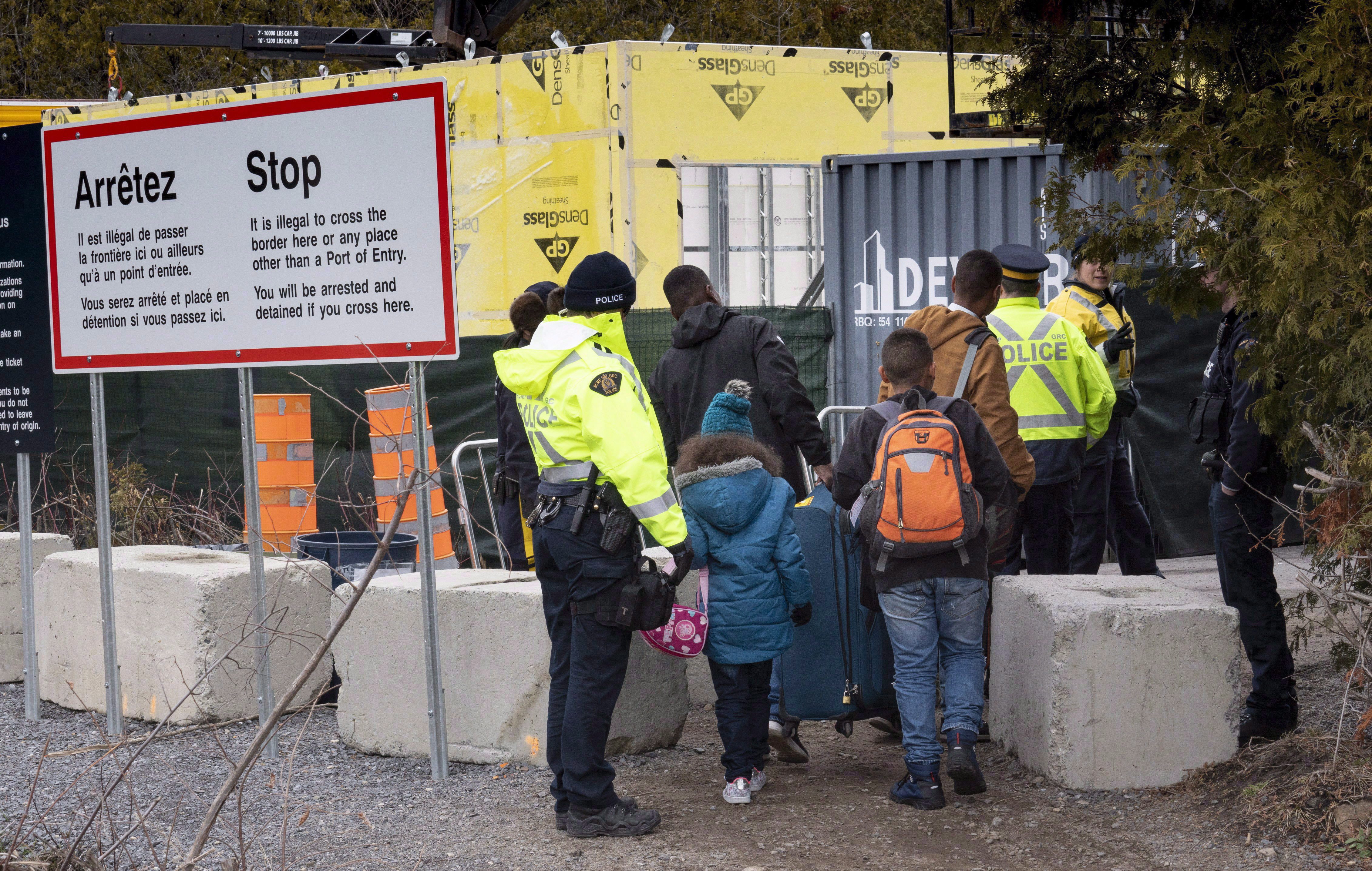 People coming from the U.S. to seek asylum in Canada are obliged to cross away from official border posts, and then are labelled as ‘illegal.’ (Paul Chiasson/The Canadian Press/file)

The litigants argue that the U.S. system fails in many ways to protect refugees. They say their right to liberty as guaranteed by the Canadian charter is violated because the U.S. arbitrarily detains them in immigration centres or country jails, “often in atrocious conditions and in clear contravention of international standards.”

They add that women are disproportionately harmed by being sent back to the U.S. and that violates their Charter right to equal treatment under the law. In addition, people who are turned back from Canada are at risk of being sent by the U.S. to their home countries where they may face persecution, torture and even death.

The groups urge the Canadian government to stop turning refugee claimants back to the U.S. and withdraw from the Safe Third Country Agreement. They add it should not be necessary to conduct long and expensive court cases “to end these rights violations when it is so clear that the U.S. is not safe, and…is becoming increasingly dangerous for refugees.”