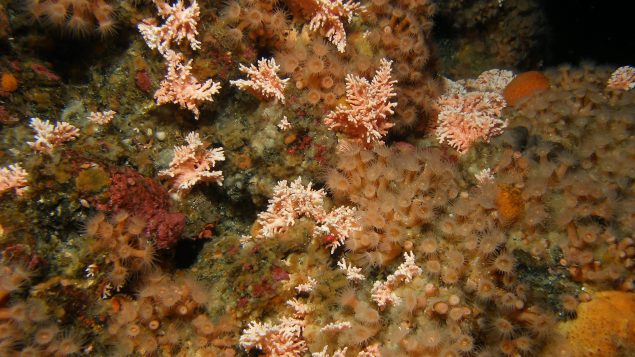 An expedition team comprised of four groups – the Haida Nation, Fisheries and Oceans Canada, Oceana Canada, and Ocean Networks Canada – set sail Thursday to explore seamounts (underwater mountains) near the islands of Haida Gwaii in the northeast Pacific Ocean off the coast of British Columbia.

“This is a tremendous area, we’re going essentially to these oases in the sea, these undersea mountains, extinct volcanoes that are biodiversity hotspots,” Rangeley said in a phone interview from Sydney, British Columbia, where the team had assembled on board Nautilus.

(click to listen to the full interview with Robert Rangeley)

Kil tlaats ‘gaa Peter Lantin, President of the Haida Nation, said the area of SGaan Kinghlas, also known as Bowie Seamount, is of tremendous importance for the Indigenous group.

“This is a place with very deep spiritual and cultural connection for the Haida Nation,” Lantin said in a phone interview from British Columbia. “According to our oral traditions, before the time of humans supernatural beings made their home beneath numerous places around Haida Gwaii, including mountains and creeks, and reefs, and in this case the site of an ancient volcano.”

“These supernatural beings in our oral tradition looked over the well-being of the islands and the people,” Lantin said. “So for us that’s the connection we have with SGaan Kinghlas.”

The area around the seamount is now a designated Marine Protection Area co-managed by the governments of the Haida Nation and Canada, Lantin said.

“This place has a very high ecological value for us,” he said.

But because of its remoteness, more than a hundred miles out into the sea from the islands, very few Haida people have had a chance to visit the area, Lantin said.

The expedition will give a chance to the community to see SGaan Kinghlas and other seamounts livestreamed into the classrooms and community centres.

‘A picture is worth thousands of words’ 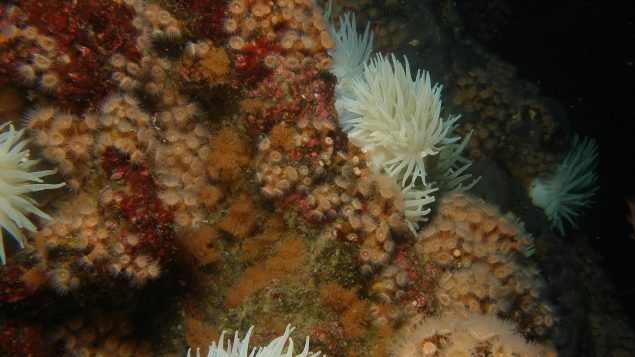 The members of the expedition will be deploying the ROVs to the depths of a couple of thousands of metres to survey these areas with video and still cameras, as well as taking samples for various kinds of analysis, Rangeley said.

The ROVs will install long-term ocean monitoring instruments on Dellwood and collect scientific data and samples as well as establish monitoring sites on all three seamounts. In addition, high-definition video will be captured by the ROVs and streamed in real time online to share with the world at ProtectOceans.ca.

Research from this expedition will help scientists better understand this critical marine habitat to be able to better protect the seamounts for future generations, he said.

“They are tremendously valuable, it’s a resource that certainly should be protected,” Rangeley said. “They are very fragile – fragile corrals and sponges – so we don’t want to see any bottom contact from any industrial of fishing activity on these seamounts.”