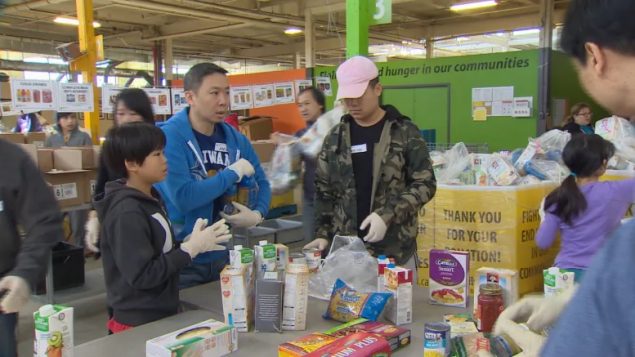 Canadians overwhelmingly see poverty in their communities as increasing, rather than decreasing, and they believe their federal and provincial governments aren’t doing enough to reverse this trend. (CBC)

A new survey of Canadians finds that even those with so-called middle-class jobs and theoretically good incomes, are finding their quality of life decreasing.

Many are saying they are giving up on certain things which would normally be considered part of a relatively comfortable middle-class lifestyle such as occasionally going to the cinema or an occasional meal at a restaurant, and are occasionally missing or late in paying a bill, and can’t afford dental care.

While slightly over a third of respondents say they feel financially comfortable all the time (37%), almost an equal number of Canadian polled (31%) say they feel stressed about money, “often” or “all the time”.

The Angus Reid Institute which is conducting this two part study on poverty in Canada also pointed out that this was an “online” survey and as such, many Canadians who can’t afford internet service, computers or smartphone could not be polled. This means that many of the scenarios asked about such as late payments or needing to use food banks, are likely underrepresented.

Even at that when polled about specific questions,  nearly one fifth (18%) say they can’t always afford nutritious food for their children.

A third say they can’t afford for their children’s participation in after school sports or music programmes, and even more (41%) say they haven’t been able to save for the child’s post-secondary education. 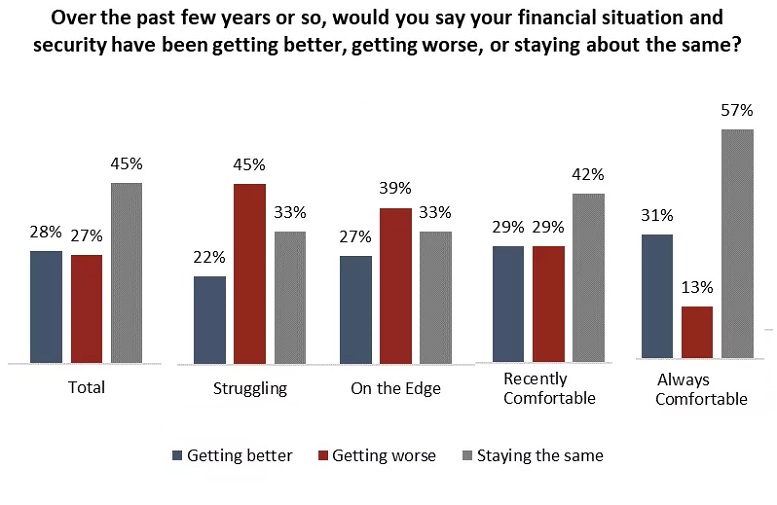 The Angus Reid Institute poll divided respondents into 4 groups based on their responses. The 37% in the two lower groups feel things are generally getting worse. The 36% recently comfortable generally feel their situation is relatively stable, while at the upper end of the scale, things seem stable or getting better for them. (ARI)

Meanwhile about a third (30%) are pessimistic about their financial situation in the coming years. 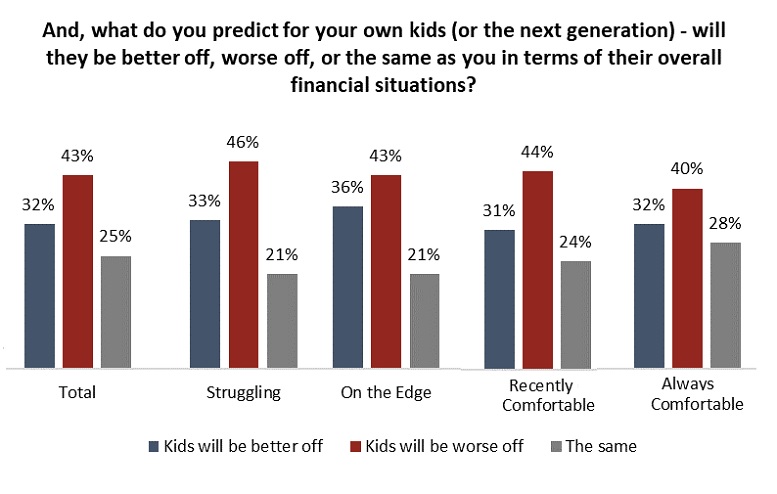 Pessimism for the future: Many more Canadians think their children will not be able to do as well or better than they did, (ARI)

While percentages are one thing, actual numbers are another, For example six per cent said they had to resort to a food bank or other source of free food, but that means 1.5 million Canadians, again keeping in mind that many of those at the lowest economic rung were not part of the survey, meaning again that the situation may in fact be worse.

Overall when asking about some relatively common lifestyle issues, the survey shows an increasingly worrisome picture of a declining middle class in a supposedly “rich” Canada.  This survey echoes other studies done in 2017 which show a similar decline in quality of life and hope for the future for people and families theoretically earning a good income, far above official the “poverty line” in Canada.

Part two of the Angus Reid survey will be released in coming weeks.