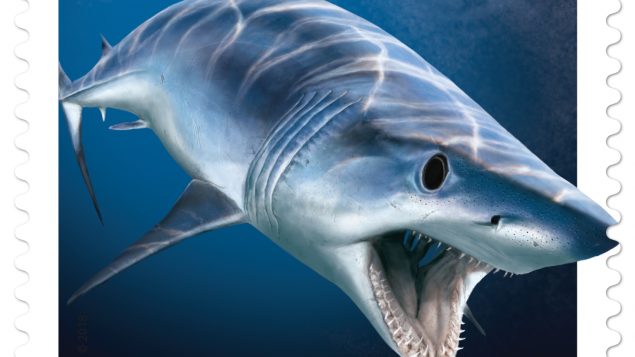 Among the sharks featured on Canadian stamps is the mako which is the fastest shark in the world. (Canada Post)

Many Canadians don’t realize it, but there are more than 30 species of sharks swimming in the waters off Canada and now, the postal service has issued stamps featuring five of them.

Sharks from each of Canada’s three coasts

Who knew Canada has great whites swimming off its western coast? They are featured on the stamps as are basking sharks, also from the west coast. Those featured from the east coast are blue sharks and mako sharks, and from northern waters, the Greenland sharks. 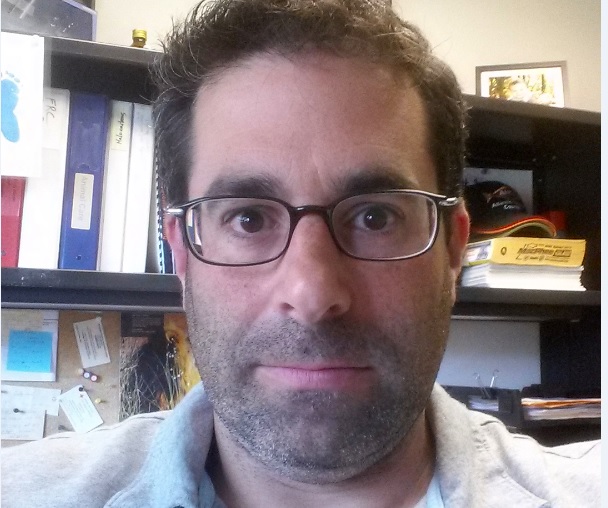 “These amazing creatures…have been on earth longer than the dinosaurs, for over 400 million years,” says Warren Joyce, a shark researcher with the government’s department responsible for fisheries and oceans. He was among those consulted by Canada Post for this project.

“The biggest (misconception)…is, if people think there is a shark in the water that the shark is going to eat them. Most of the shark species in the world are just eating things like small fish and small squid. We’re not their main prey.” 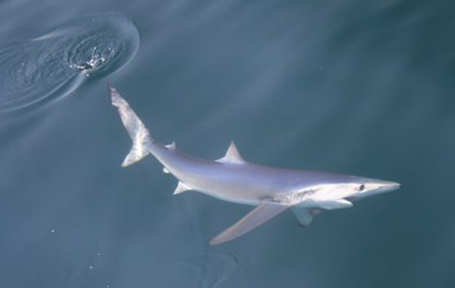 The blue shark is native to the Atlantic Ocean and swims around Newfoundland, the Bay of Fundy and the Gulf of St. Lawrence. (Warren Joyce/Fisheries and Oceans Canada)

Among the interesting facts about the featured sharks is the fact that the shortfin mako is the fastest shark in the world hitting speed of up to 50 kilometres an hour, usually when attacking. And the Greenland shark is among the longest-living vertebrates with some having reached 400 years old. Warren studies porbeagle sharks which were not included but are unique because they have the ability to regulate their body temperature enabling them to seek prey in cold and warm waters. This he says, makes them more like mammals than fish.

The biggest threat to sharks is overfishing, not necessarily in Canadian waters, but in international waters with no direct regulations to protect them, says Joyce. Following close behind is pollution. Open-water sharks are attracted to things that float and can ingest plastic which either interferes with their growth or can kill them.

Warren is pleased that Canada Post is featuring sharks on some stamps. “I really hope that people are interested in them and that they take the time to learn more about these amazing creatures.” 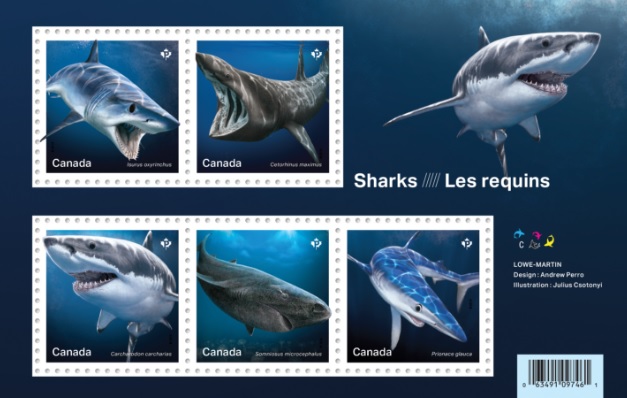