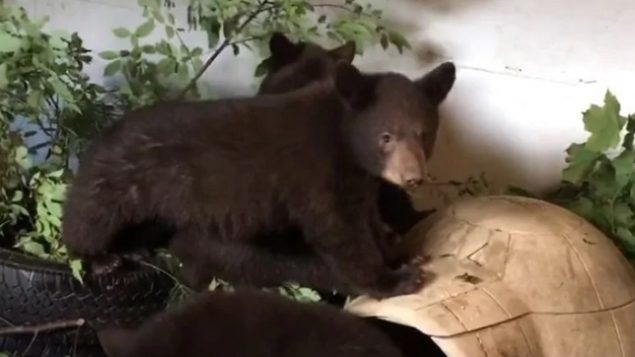 The three bear cubs were living at an animal sanctuary in Ontario until they were old enough to be released back into the wild. (Aspen Valley Wildlife Sanctuary)

Bathroom bears returned to the wild

Many Canadians like to visit the scenic Banff National Park in the western province of Alberta, and while they may see black bears on trails or by the side of the road, it was highly unusual for a motorist to find three cubs in a roadside public washroom last April. At the time, Alberta did not allow the private rehabilitation of orphaned cubs. So, the cubs were captured by park staff and transported to the Aspen Valley Wildlife Sanctuary in the distant province of Ontario. 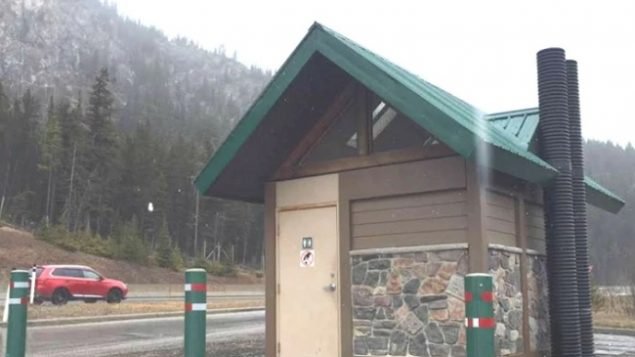 The bear cubs were found in a roadside bathroom in Banff National Park. (Dave Gilson/CBC)

Bears must adapt to the wild

Now they are yearlings and old enough that they have been shipped back and released into a remote part of the park’s back where food for them is abundant. Under Alberta’s new rules, the bears must be fitted with monitoring devices and tracked to ensure they adapt to living in the wild.

Handlers were careful to limit human contact with the bears. Bears that are accustomed to people and their food can become a big problem in the park. In August 2016, nine bears had to be killed in Revelstoke in western Canada. 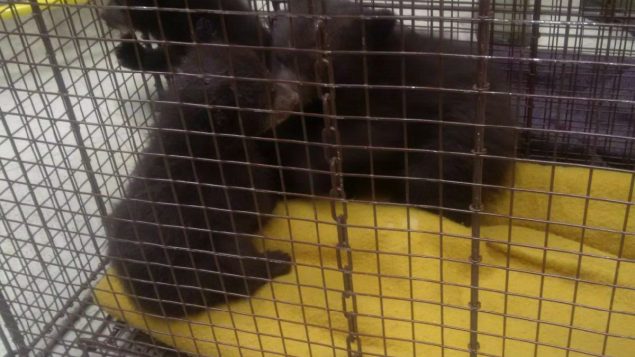 Because of restrictions in the province of Alberta the bears were caged and transferred to a sanctuary in Ontario. (Parks Canada/hand out photo/The Canadian Press)

Banff and several other mountain towns have removed fruit trees so bears won’t be tempted to come eat there. Residents and tourists are continually advised to discard food waste carefully to help keep bears away.

Black bears are mostly vegetarian but encounters with them can be dangerous since they have sharp claws and can weigh between 90 and 270 kilograms. They also run faster than their girth would lead you to believe. Mother bears are notoriously protective so you never want to get between one and her cubs.