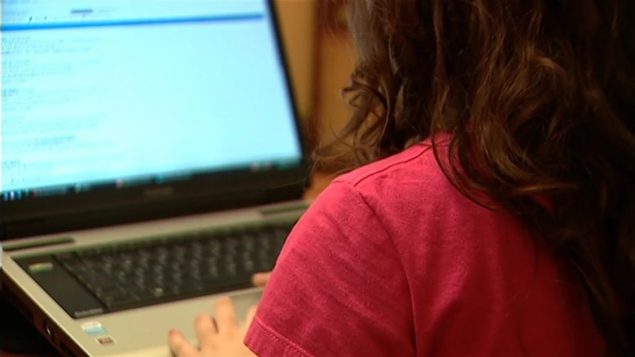 The Oxford dictionary defines cyberbullying as: “The use of electronic communication to bully a person, typically by sending messages of an intimidating or threatening nature.”

The Oxford Learner’s dictionary adds a bit more,” the activity of using messages on social networking sites, emails, text messages, etc. to frighten or upset somebody”

Indeed there have been cases where cyberbullying has caused teens such stress as to drive them to commit suicide. 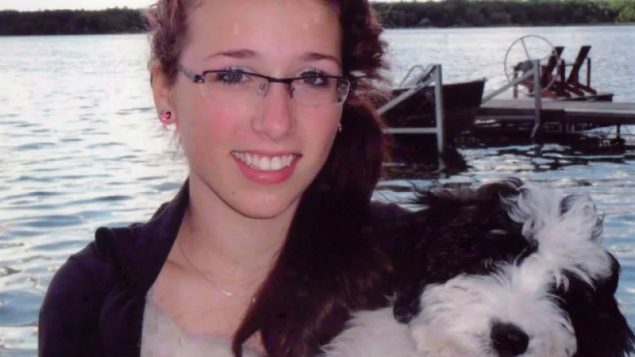 17 year old Rehteah Parson of Nova Scotia was so distraught that a semi nude picture of her was being distributed that she took her own life in 2013. (Instagram)

The survey involved over 20,000 individuals in 28 countries.

This latest survey builds on one done in 2014 and another in 2011, It shows that in the countries surveyed, awareness of this devastating practice is rising, and yet a surprising 25 per cent of those surveyed said they’ve never heard of it.

Awareness of the issue was highest in Sweden where 91 per cent had heard about it.

This was followed by Italy, Chile, South Africa, and Mexico. Canada was ninth on the list with 85 per cent awareness, in spite of some high profile cyberbullying cases which resulted in teen suicides.

Awareness was lowest in Saudi Arabia at only 37 per cent, but immediately preceeding by France with a somewhat surprising awareness rate of 50 per cent. 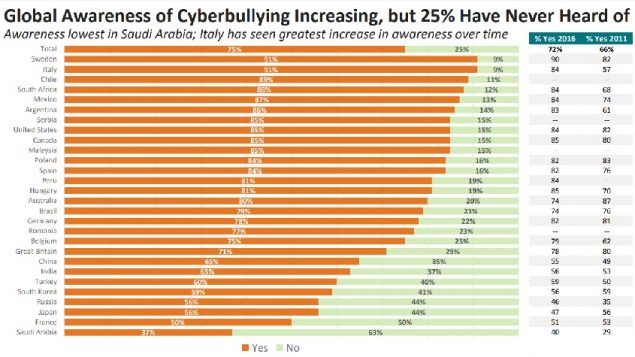 All countries thought anti-bullying measures were insufficient, topped by Japan at 89%.

Saudi Arabia was at the bottom of the list with 52 per cent saying anti-bullying measures were insufficient, while Canada figured in the middle with 75 per cent.

As to an important response about personal encounters with cyberbullying, nearly 1 in five parents say their child has experienced cyberbullying.

India had the highest percentage of responses saying their child was a regular victim (14%), sometimes (12%), or once or twice (11%)

This was followed by Brazil, the U.S., Belgium, and South Africa.

Japan was second from the bottom of the list with a relatively tiny incidence of 1%, 1%, and 3%., Russia reported even fewer incidents of cyberbullying.

As to the methods, social networks were listed as the most common source of bullying followed by mobile phones, texting, chat rooms, email, and other websites.

Classmates are the most common “bullies”, with Great Britain topping that list, followed by Canada