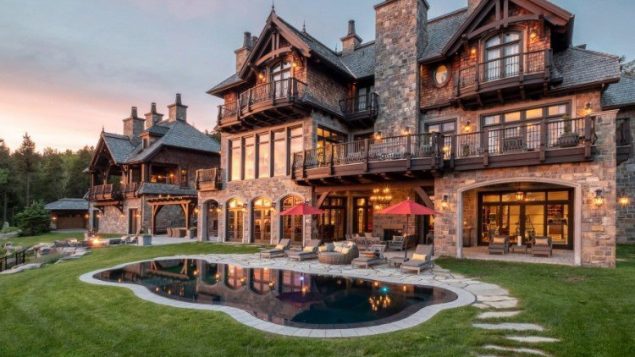 Hockey legend’s mansion up for sale

Former star hockey player and now team owner, Mario Lemieux, is selling his castle 145 km northwest of Montreal for just under $22 million. It is not the most expensive house on the Canadian market now, but it’s right up there.

The home is called Chateau Fleur de Lys which translates as Lily Flower Castle. The stylized lily is featured on the flag of the province of Quebec. The mansion measures just under 1,579 square meters and sits on 5.25 acres of land off the slopes of the Mont-Tremblant ski resort. this is not Lemieux’s primary residence. 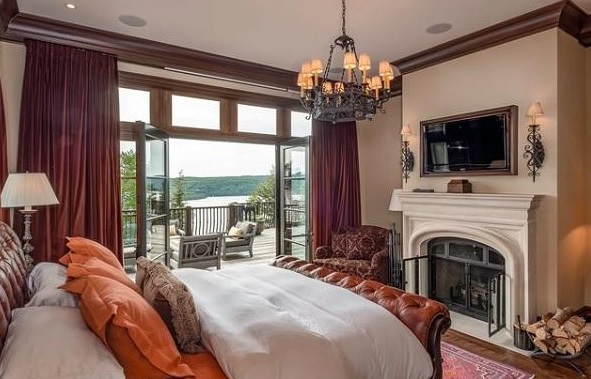 Bedrooms have fireplaces and a view of Tremblant Lake. (Engel & Völkers realtor)

Lemieux was a hockey superstar nicknamed “Super Mario” and was entered into the Hockey Hall of Fame. He is now the owner of the Pittsburgh Penguins hockey team. Construction of the stone-and-wood home began in 2009 and Lemieux took possession of it in 2012.

It has eight bedrooms, nine bathrooms, 17 fire places, a wine cellar, gym, spa and 4.5 garages. There is also a guest cottage.

The Montreal Gazette lists several interesting facts about the property including that it has more washer-dryer pairings (five) than dining areas (4.5), it has a normal kitchen, a service kitchen and a pizza kitchen, the garbage room is apparently refrigerated and every bedroom has a view of the nearby lake.

The most expensive homes for sale in Canada are mostly located in Toronto and Vancouver.