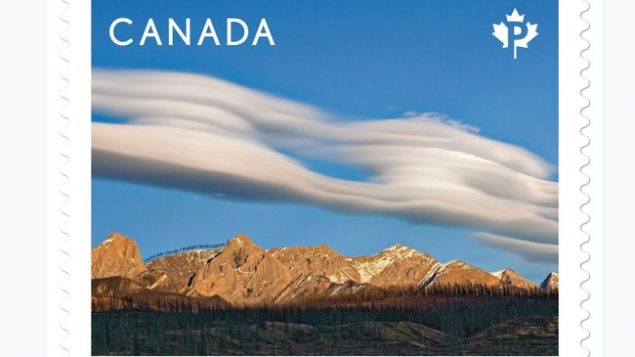 ‘Marilyn Dunstan's bucolic photo of lenticular clouds – some call them UFO clouds because of their disc-like shape – was taken in Jasper National Park in Alberta.’-Canada Post.

Canadians love to talk about the weather and their preoccupation is reflected in the post office decision to issue a set of stamps that follow up on the wildly popular weather-themed stamps issued in 2015.

The Canadian government’s senior climatologist, Dave Phillips, told CBC that  much of our obsession comes from the fact that Canada is a large and geographically diverse country with weather patterns that vary widely from place to place, season to season and even day to day.

“Our temperatures vary from 40C to –50C so when you get that, there is never a dull moment,” Phillips said. And wild swings in temperature can occur even in the dead of winter in January.

The 2015 stamps featured striking images of hoar frost, early-morning fog, a double rainbow, lightning and sun dogs, which are bright spots which can occur on either side of the sun.

The new issue features the following stamps which are described by Canada Post: 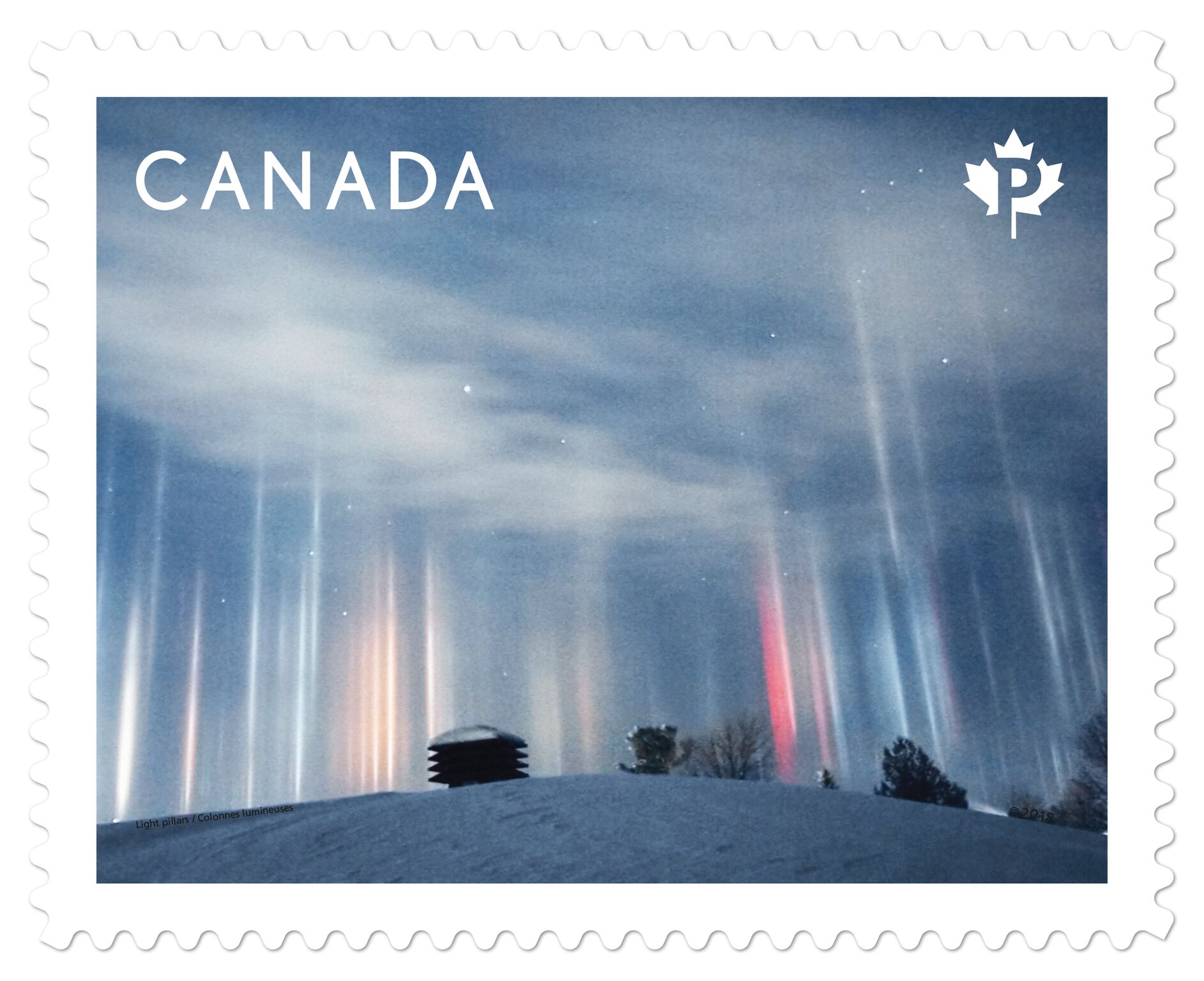 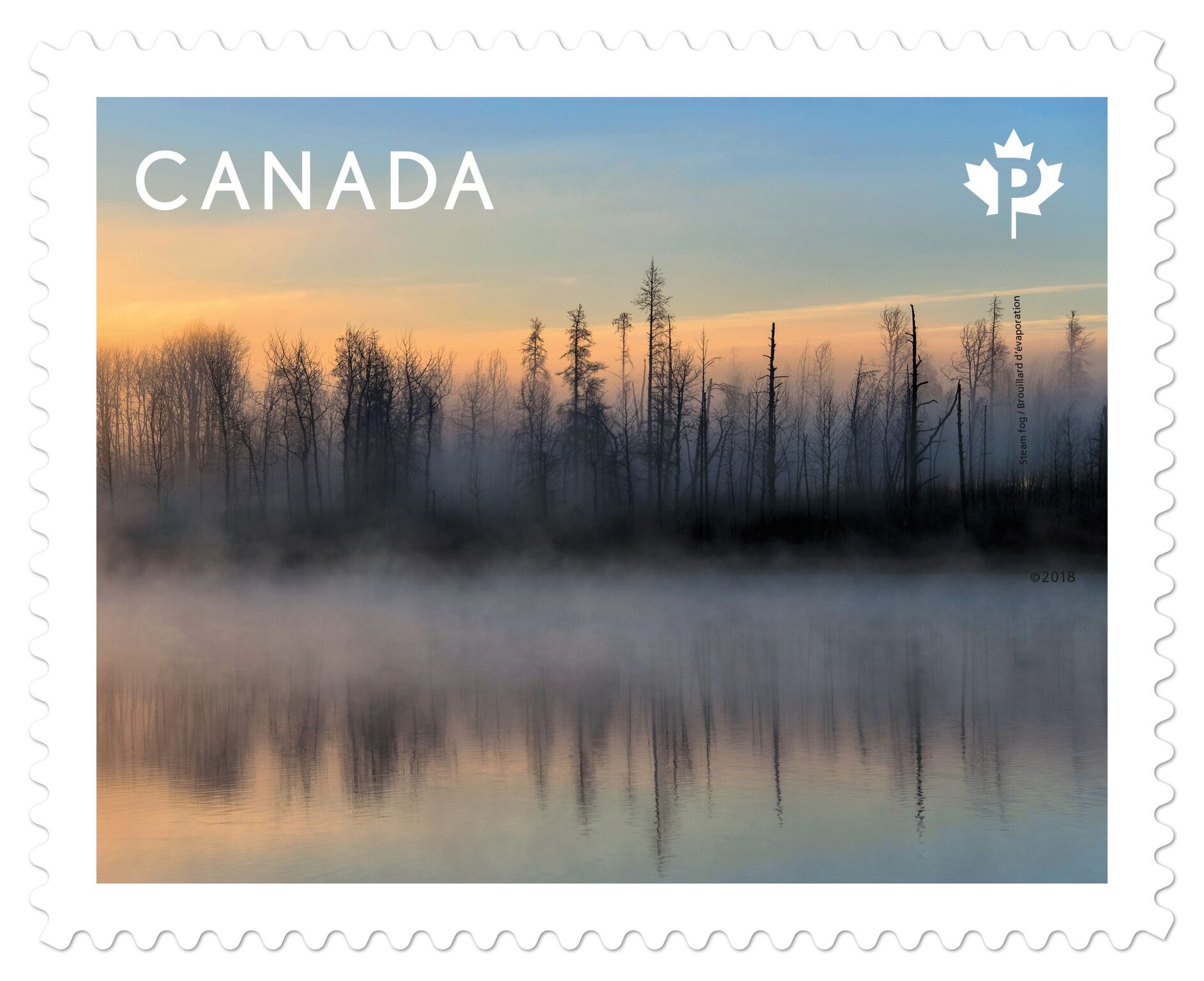 “Mark Newman’s photograph of a thick layer of steam fog over an unidentified British Columbia lake was taken just as an icy wind caused humid air to condense over the warmer surface. The image beautifully captures a moody, almost ghostly, scene.” (Canada Post) 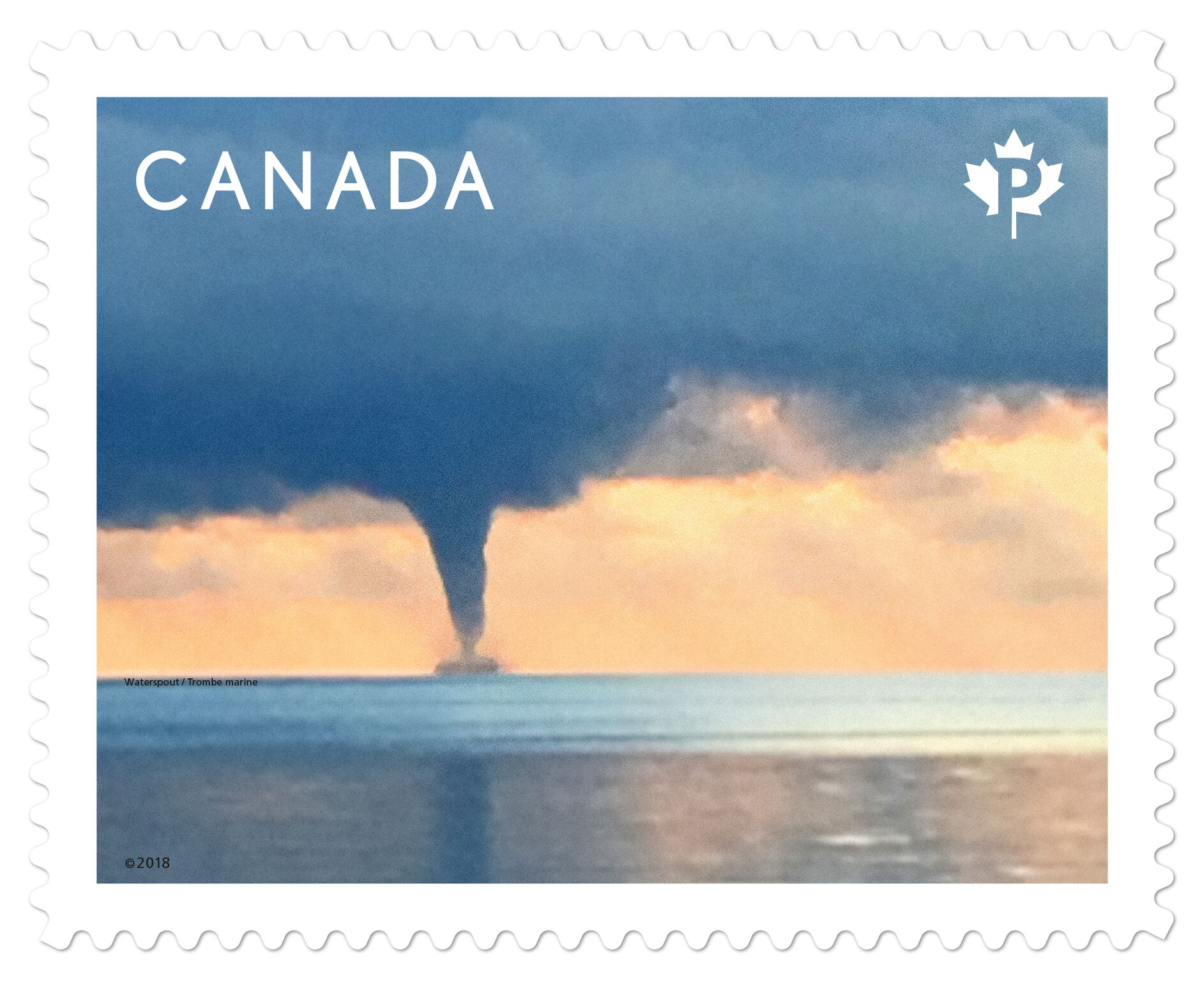 “Garry M. Cass photographed a magnificent, if not menacing, waterspout over Lake Ontario near Toronto. These swirling funnels of water can be just as dangerous as land-based twisters.” (Canada Post) 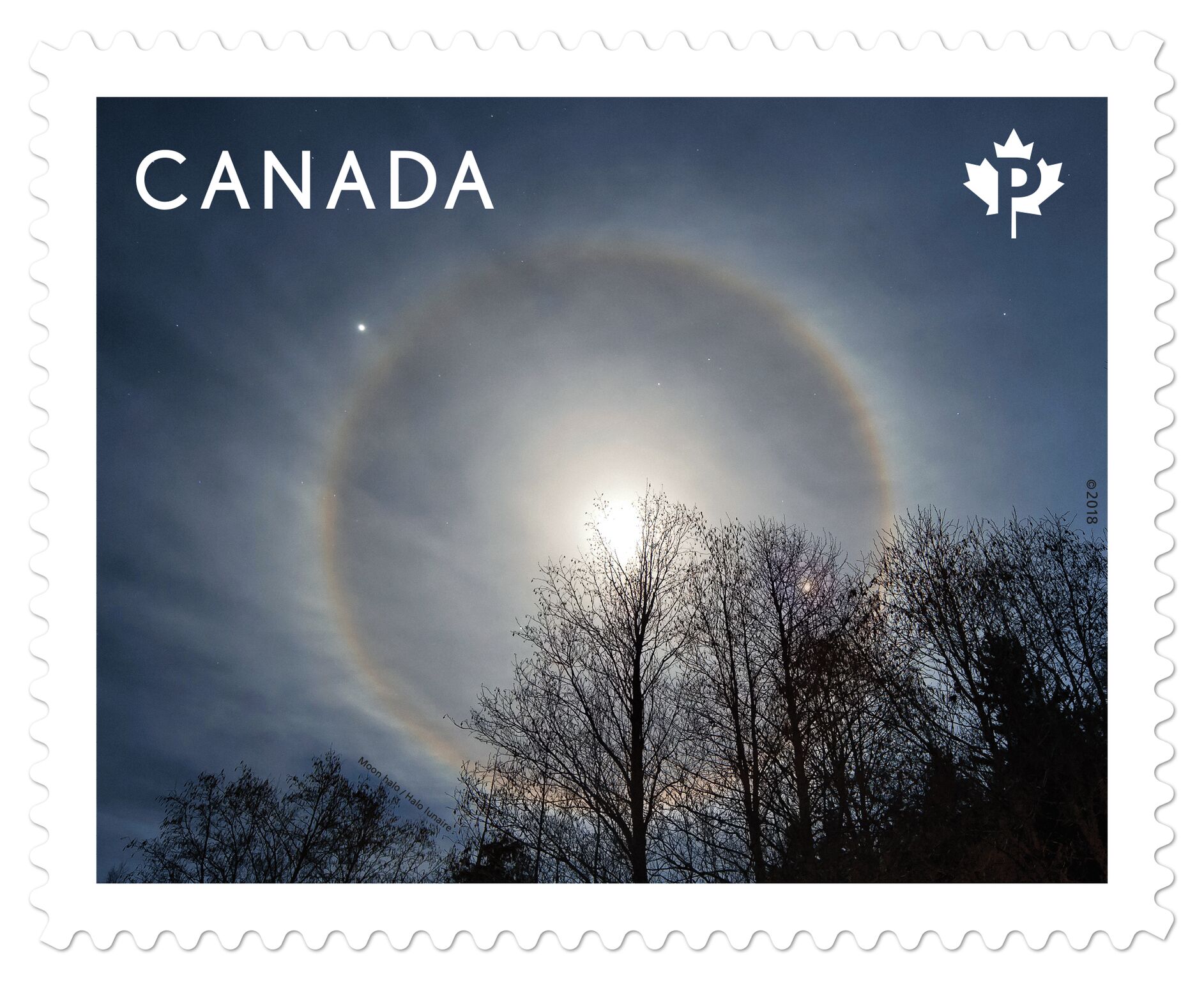 “David McColm’s photograph forever freezes a moon halo in Whistler, B.C. The weather phenomenon is the result of airborne ice crystals refracting the moonlight on a chilly night.” (Canada Post)