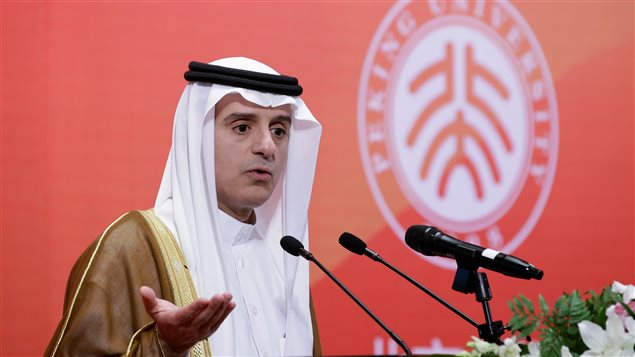 Canada is deeply concerned that Saudi Arabia has expelled Canada’s ambassador in response to Canadian statements in defence of human rights activists detained in the kingdom, Foreign Affairs Minister Chrystia Freeland said Monday as the diplomatic clash between Riyadh and Ottawa reverberated throughout the region.

The Canadian ambassador was declared a persona non grata and was given 24 hours to leave the country, the Saudi Foreign Affairs Ministry said in a harshly-worded statement.

Saudi Arabia is also recalling its ambassador in Ottawa and halting all new investment and trade transactions with Canada, the ministry said.

Saudi-owned television channel Al-Arabiya also reported that the Education Ministry has suspended all training, scholarships and fellowships to Canada and is working on the transfer of thousands of Saudi students from Canada to other countries.

Very alarmed to learn that Samar Badawi, Raif Badawi’s sister, has been imprisoned in Saudi Arabia. Canada stands together with the Badawi family in this difficult time, and we continue to strongly call for the release of both Raif and Samar Badawi.

‘Canada will always stand up for the protection of human rights’

But on Monday, Freeland was unapologetic.

“Canada will always stand up for the protection of human rights, including women’s rights and freedom of expression around the world,” Freeland said. “We will never hesitate to promote these values and we believe that this dialogue is critical to international diplomacy.”

The Embassy of Canada to Saudi Arabia, in Riyadh, continues its regular operations, including consular services, she added.

“Canada will continue to advocate for human rights and for the brave women and men who push for these fundamental rights around the world,” Freeland said.

Raif Badawi’s wife, Ensaf Haidar, has lived in Quebec with the couple’s three children since 2013. They became Canadian citizens earlier this summer. 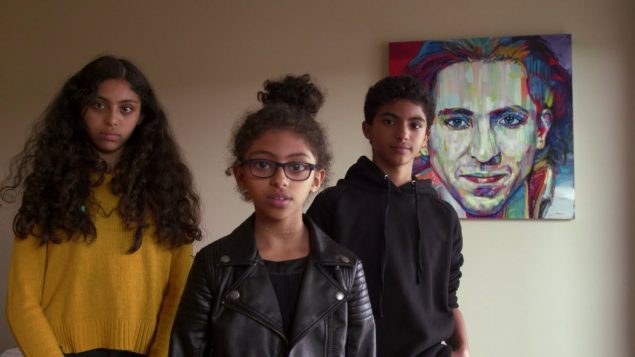 The Saudi Foreign Ministry said Freeland’s use of the phrase “immediately release” was “unfortunate, reprehensible, and unacceptable in relations between states.”

“We have been briefed by what the Canadian foreign minister and the Canadian embassy to the Kingdom released on what they named ‘civil society rights activists,’ and we affirm that this negative and surprising attitude is an incorrect claim,” the Saudi Foreign Affairs Ministry tweeted Sunday.

#Statement | The Canadian position is an overt and blatant interference in the internal affairs of the Kingdom of #SaudiArabia and is in contravention of the most basic international norms and all the charters governing relations between States.

Canada has transgressed against the kingdom’s laws and procedures, the ministry said, adding that Ottawa has violated its judiciary and breached its sovereignty.

“Saudi Arabia through its history has not and will not accept any form of interfering in the internal affairs of the Kingdom,” the ministry tweeted.

Riyadh said the Canadian position was an attack on Saudi Arabia that “requires a firm stance to deter who attempts to undermine the sovereignty of the KSA.”

Saudi officials said the kingdom is “retaining its right to take further action.”

Saudi Arabia also received the backing of the Organization of Islamic Cooperation (OIC) on Monday.

The body that acts as the collective voice of Muslim countries and has been courted by Canada recently, expressed its “full understanding of the Kingdom’s position calling for non-interference in its internal affairs, as a principle guaranteed by all international charters and norms which reject intervention in the domestic affairs of other countries and call for respecting their sovereignty,” the Saudi Press Agency reported.

In neighbouring United Arab Emirates, Minister of State for Foreign Affairs Anwar Gargash said Monday on Twitter that his country stands with Saudi Arabia “in defending its sovereignty.”

Bahrain’s foreign minister made similar comments in support of Riyadh.

“The Kingdom of Bahrain also confirms its absolute support for the measures taken by the Kingdom of Saudi Arabia in response to the statements made by the Canadian minister of foreign affairs and the Canadian embassy in Riyadh, on what they called civil society activists,” Bahrain’s Ministry of Foreign Affairs said in a statement issued Monday.

“Whilst the Kingdom of Bahrain regrets Canada’s position, based on totally erroneous information that have nothing to do with reality on the ground, it absolutely rejects its unacceptable intervention in the internal affairs of the Kingdom of Saudi Arabia.”

Ali Al-Ahmed, director of the Washington-based Institute for Gulf Affairs and a critic of Saudi kingdom’s human rights record, said support from regional organizations and allies that depend on Riyadh’s largess and bayonets for survival should not come as surprise.

“I call this a Saudi tantrum,” Al-Ahmed said. “It’s not the first time the Saudis throw a tantrum, they have been used to kid-gloved treatment from the West and when they hear something different, they throw a tantrum.”

Saudi-Canadian relations have been on the rocks for a long time and the reason for it has to do with Saudi policy of driving down the oil prices over the last few years to squeeze out competitors like Iran, Russia and Canada that need much higher oil prices to be profitable, Al-Ahmed said.

An example for others?

Bessma Momani, a political science professor at the University of Waterloo, believes the apparent diplomatic moves by Riyadh was about more than the Badawi case.

“I think one has to stand back and see that there’s been a lot of heat on Saudi Arabia, particularly its treatment of civil society actors and and human rights activities,” she told The Canadian Press. “I think Canada is literally made to be an example.”

We’ve seen a lot of support for Saudi dissidents in the UK, Canada, the US Congress, & others. But Canada is easier to cut ties with than the rest. There isn’t a strong bilateral trade relationship & poking Trudeau government likely resonates with Saudi’s hawkish regional allies. 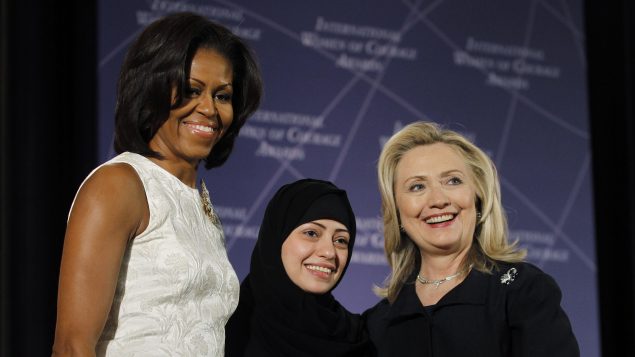 Amnesty International said the two detained women have been repeatedly targeted, harassed and placed under travel bans for their human rights activism.

In a statement released Monday, Amnesty International called on the broader international community, especially countries with influence in Saudi Arabia such as the U.S., France and the U.K. to follow Canada’s lead and push Riyadh “to end this draconian crackdown and targeted repression of human rights defenders in the country.”

“The world cannot continue to look the other way as this relentless persecution of human rights defenders in Saudi Arabia continues,” said Samah Hadid, Amnesty International’s Middle East Director of Campaigns. “It is now time for other governments to join Canada in increasing the pressure on Saudi Arabia to release all prisoners of conscience immediately and unconditionally, and end the crackdown on freedom of expression in the country.”

Badawi and al-Sada were “lawfully detained by the Public Prosecution for committing crimes punishable by applicable law,” the Saudi statement said.

That law “also guaranteed the detainees’ rights and provided them with due process during the investigation and trial,” Saudi officials added.

Prime Minister Justin Trudeau’s Liberal government has faced domestic pressure to stop the sale of Canadian weapons to Saudi Arabia over concerns that these armaments will be used in the commission of human rights abuses within the kingdom and in Yemen.

According to Global Affairs, in 2016 bilateral trade between Canada and Saudi Arabia stood at nearly $3.9 billion.

Saudi Arabia and Canada are not important for each other. Two way trade is small (3-4 $B/year). Cooperation (security, academic) is limited. So the costs for both, if this is prolonged, is low. 2 exceptions: the 15K Saudi students leaving, and if the LAV deal is cancelled ($15B). https://t.co/73uwgk2Pid

That same year, Canada’s defence industry exported over $142.2 million worth of arms and military equipment to Saudi Arabia, making it the number one destination for Canadian defence exports outside the United States.

In 2016, the Trudeau government also approved a highly controversial deal – signed under the previous Conservative government – to sell $15 billion worth of advanced light armoured vehicles (LAV 6.0) to Saudi Arabia.