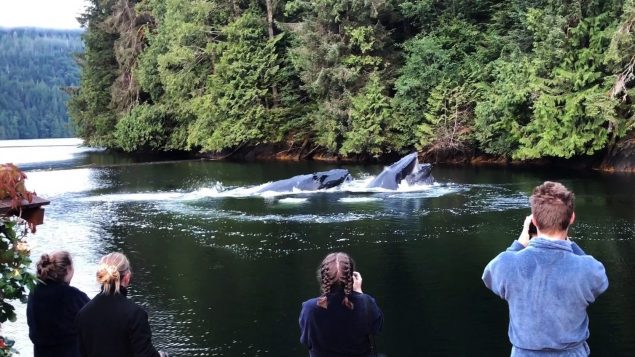 Owners of a remote floating lodge in western Canada woke up their guests to see some humpback whales which had come in close to feed. A large circle of bubbles could be seen on the surface of the water. This was clear evidence of the ingenious method humpbacks have of hunting.

Typically, the whales circle underneath a school of fish and blow a wall of bubbles while spiralling slowly upward. This traps the fish and forces them upward. The whales are then able to gulp large mouthfuls and force the water out of the fringed plates hanging from their upper sides of their jaws. The fish remain trapped and are swallowed. 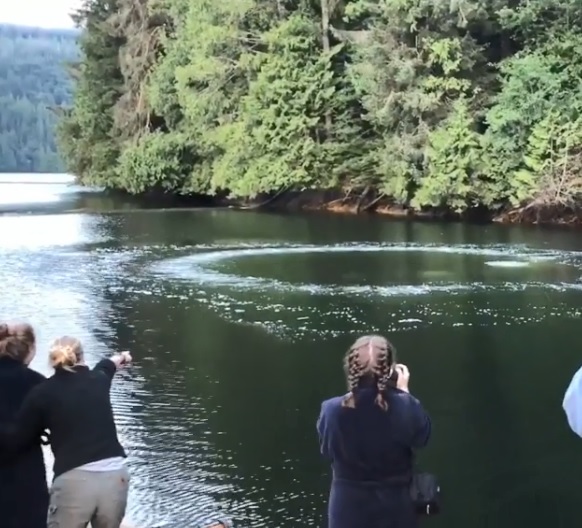 Whales emit a circle of bubbles from their blowholes to trap fish. (Marg Lehane/Instagram)

The waters off the coast of the province of British Columbia are rich ecosystems and humpbacks stop to feed there on their twice-yearly migrations from Alaska to Hawaii. The whales are a protected species which face threats of entanglement in fishing gear, toxic spills and collisions with vessels.

A co-owner of Great Bear Lodge in Port Hardy recorded a video of the sighting on Instagram and it has been viewed more than 1.9 million times.