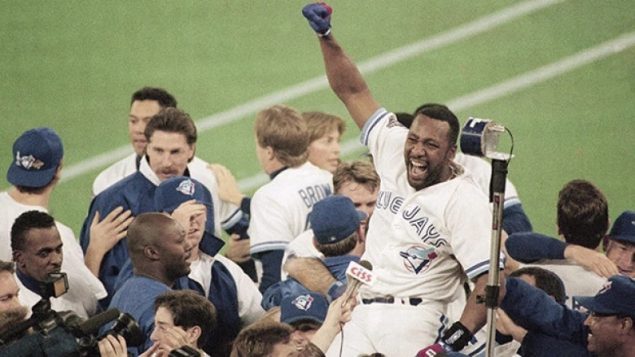 For many Blue Jays fans, Joe Carter's World Series-winning home run in 1993 is the centrepiece in a collection of great memories from the team's back-to-back championship seasons. Few joyful memories will be created this season. (Elise Amendola/Associated Press)

Talking baseball–the good, the bad and the ugly–during a summer to forget

For Canadians who love Major League Baseball, it’s been a summer to forget. 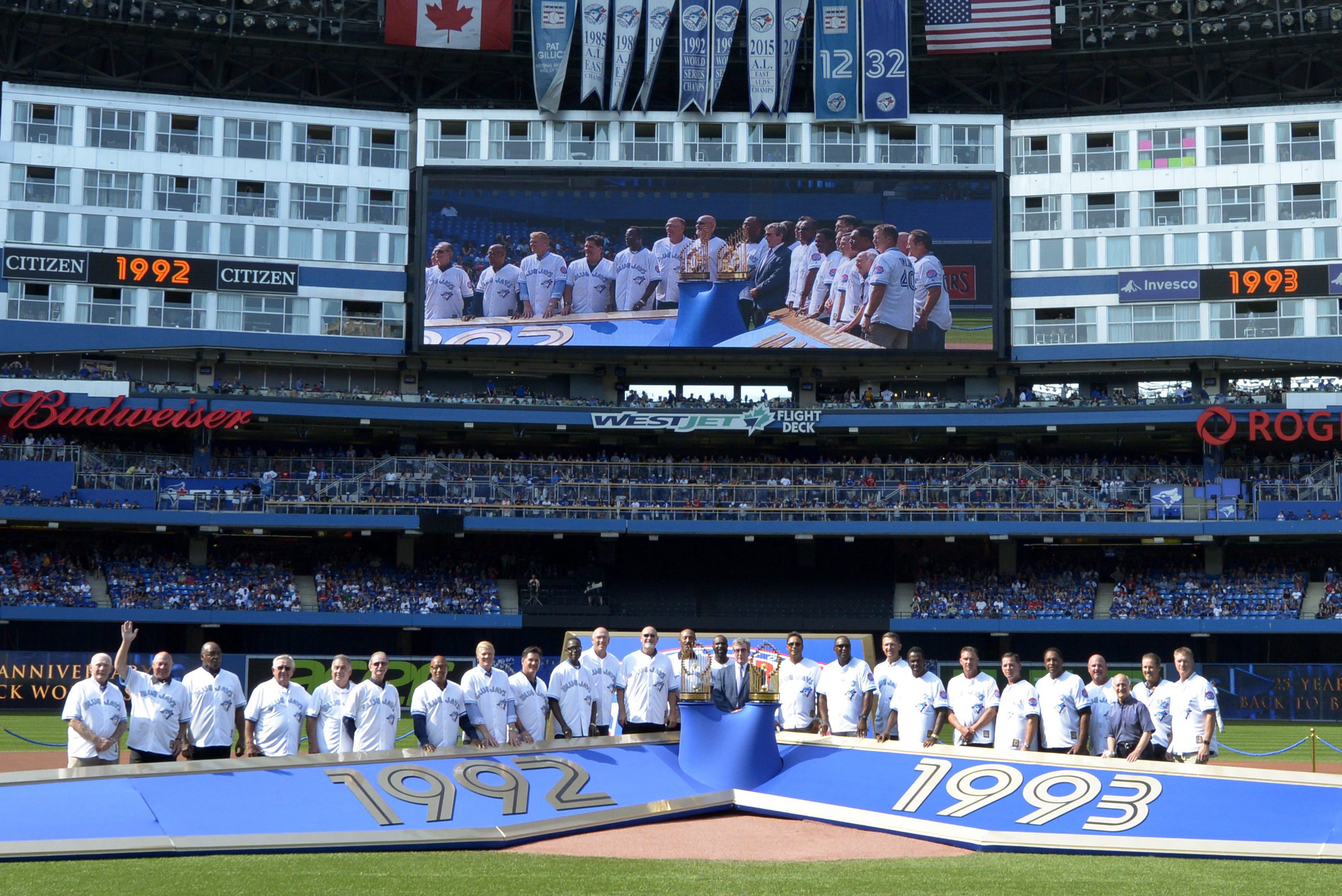 Members of the 1992 and 1993 World Series-winning Toronto Blue Jays teams are recognized on the 25th anniversary of their back-to-back championships before the game against the Tampa Bay Rays at Rogers Centre Saturday in Toronto. THE CANADIAN PRESS/Jon Blacker

The Toronto Blue Jays have been terrible.

And since the Montreal Expos departed for Washington D.C. in 2005, the Jays are the only big league game in town.

It’s been ugly: lousy, boring baseball–11 games under .500, 30.5 games out of first place in the American League East.

So ugly, it’s hard to even remember that 25 years ago, the Jays sat perched at the top of the hectic and topsy-turvy baseball world. 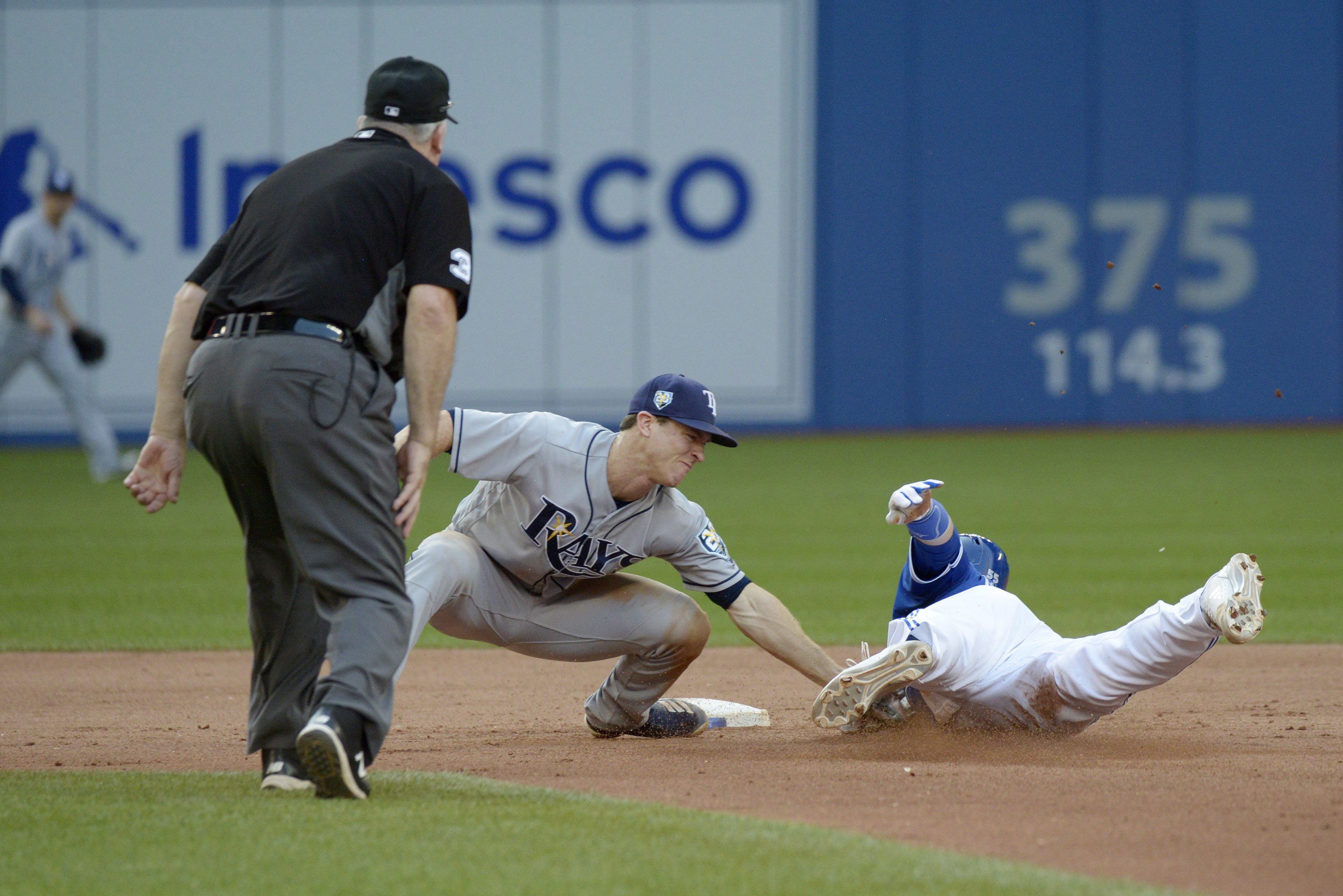 Toronto Blue Jays’ Russell Martin, right, is tagged out at second base by Tampa Bay Rays’ Joey Wendle during the seventh inning of MLB baseball action in Toronto on Saturday. Nor surprisingly, the Jays lost the game. THE CANADIAN PRESS/Jon Blacker

In the summer of 1993, the Jays were on their way to repeating as World Series champions.

Meanwhile, 600 kilometres to the east, the Expos, sparked by exciting, emerging stars, were making their presence felt in the National League pennant race–a race they were leading by a mile the following summer when a strike ended the season.

The 24th anniversary of that work stoppage came and went Sunday, a day after the Jays honoured members of the 1992 and 1993 champions.

That ceremony was quickly followed by another Blue Jay loss, this time 3-1 to the Tampa Bay Rays.

Richard Griffin of the Toronto Star, who many consider the finest baseball writer in Canada, has been front row centre for all those events–good and bad.

For some perspective on the past, present and future of the Blue Jays, I spoke to him by phone Monday at his home in Toronto.