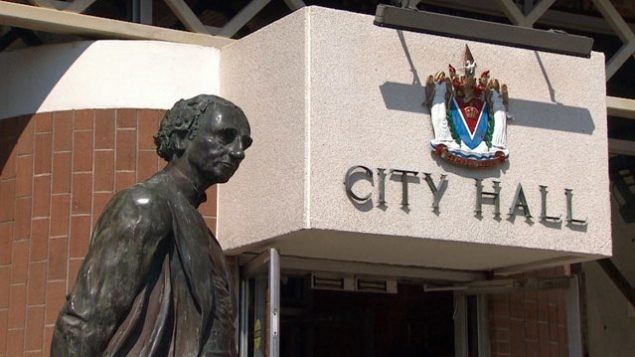 The statue of Canada's first prime minister at Victoria's city hall before its removal.

Statue of Sir John A. staying in Victoria despite Ontario offer

So maybe the story about removing the statue of Canada’s first prime minister, Sir John A. Macdonald, from in front of city hall in Victoria, B. C. over the weekend has legs after all.

Turns out Ontario’s new populist premier, Doug Ford, couldn’t resist looking a gift horse in the mouth and sent our his tourism minister, Sylvia Jones, Monday to say that, yes, Ontario had offered to take the statue off Victoria’s hands even though the province already has a Macdonald statue of its own in front of the provincial legislature.

Ford seconded the emotion in a tweet, noting that Macdonald “played a central role in our national story. As one of the Fathers of Confederation, he founded our nation. That’s why our government wrote to the Mayor of Victoria to say we’d be happy to give Sir John A. a new home here in Ontario.”

To absolutely no one’s surprise, the offer was rejected by Victoria Mayor Lisa Helps.

The statue, Helps says, is staying in Victoria, where it currently sits under wraps in a warehouse. 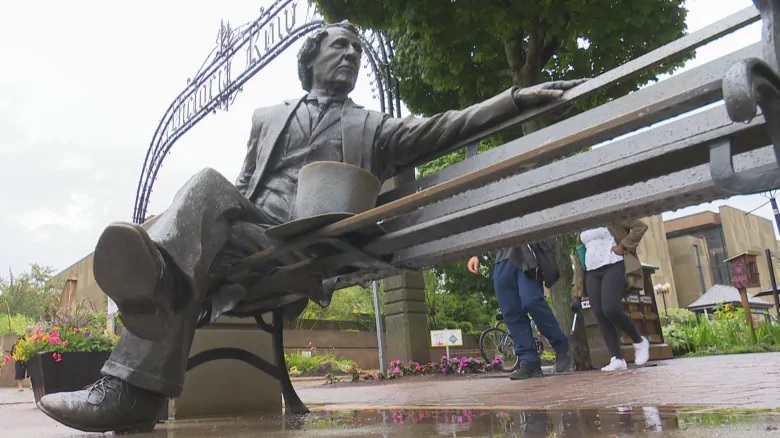 Legions of tourists and Islanders alike have had their picture taken with Sir John A. Macdonald on his bench in Charlottetown, Prince
Edward Island over the years. The City of Charlottetown says it has no plans to remove the statue. (Brian Higgins/CBC)

“It was a gift to the city,” Helps wrote to Jones.

“We are storing it carefully and in the meantime, we will have continue dialogue with the nation and the community as to the best place, way and context to place the statue that balances commemoration with reconciliation.”

City councillors voted last week to remove it because of Macdonald’s role in the creation of residential schools, which Canada’s Truth and Reconciliation Commission called “cultural genocide.”

The vote and statue removal was expected to cause much controversy.

It did virtually nothing of the kind, at least on moving day, last Saturday.

The decision to remove the statue followed a year of talks with representatives of the Songhees and Esquimalt First Nations.