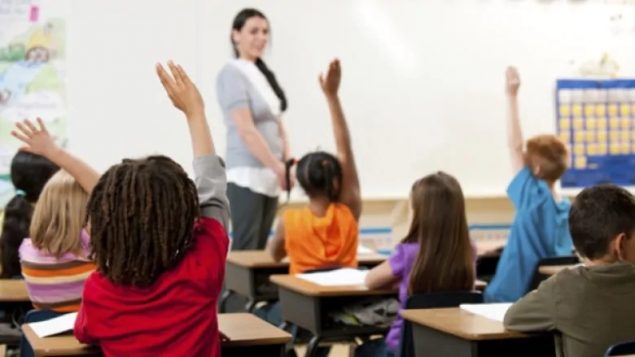 Many provinces, and regions within the provinces are saying they are experiencing a teacher shortage (CBC)

This is the month when literally millions of students head back to schools across Canada after the summer holidays.

Other than universities, in many locations however there are elementary and high-school teacher shortages.

Quebec, Ontario, British Columbia, and Nunavut Territory are all reporting teacher shortages. In other provinces there are regional shortages, and shortages in specific subjects.

In combination with rising school enrolments, a substantial wave of teacher retirements has hit schools.

In Ontario this has occurred at the same time as the effects of a major teachers college cutback are being felt.

Shortages are occurring especially in French-language teaching positions, and in science and math.

The mainly French speaking province of Quebec is saying that many of its teachers are being poached by other provinces.

Although the west coast province of British Columbia received over $500-million to hire new teachers, a shortage still remains. As in other provinces, French immersion, maths and sciences remain as areas needing additional educators.

Costs of living in the major urban centre of Vancouver has been cited as a difficulty in attracting teachers, as well as getting people willing to move out to more smaller and more remote areas, although these reasons could be cited for shortages in major centres like Toronto as well as small towns throughout the country and Nunavut.

Ontario’s Ministry of Education has requested an improved supply and demand forecasting model in order to avoid similar situations in future.

Rebecca Luce-Kapler, the dean of education at Queen’s University, in Kingston Ontario quoted by CBC said, “”To the ministry’s credit, they recognised that their data was not particularly strong,”

“It is now possible for a child in Canada to go through elementary school and high school and never see a male at the front of the class”,Jon Bradley, an associate professor of education at McGill University (Globe and Mail) 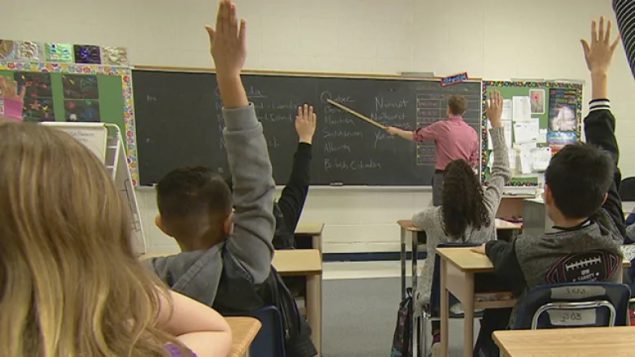 While there are regions experiencing a teacher shortage, another area of growing concern is that there are fewer and fewer male teachers, and that is affecting the performance of boys in school (CBC)

Looming behind this is another issue; a lack of male teachers. Recent figures in British Columbia show 75 per cent of teachers are female. Other studies indicated boys performance at school suffers when there is a lack of male role models.

There is an ongoing concern that while many programmes such as engineering for example, are trying to actively attract and promote women into the profession, there is no similar movement in the teaching programmes, and that it is increasingly being viewed as a women’s profession only.