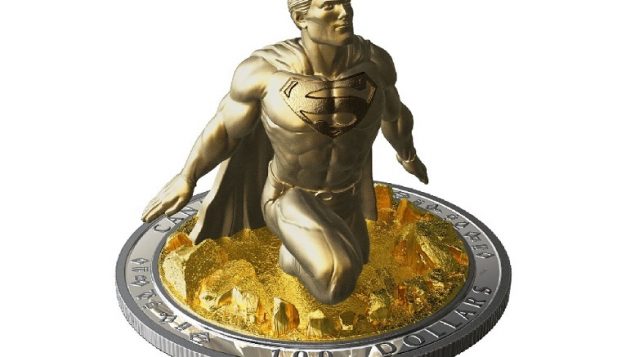 The Royal Canadian Mint continues to create Canada’s money for general use, but also has become a world leader in new coin technology, and in collectible and investment coinage.

After new tech in holographic coins, and coloured coins, their latest offerings include 3-dimensional “coins”.Created in a variety of images, styles, materials, and pricing, the new offerings expand the creative edge of the mint.

More miniature sculptures than actual coins, they are the result of a collaboration between mint engravers,  comic book illustrators, and other artists. 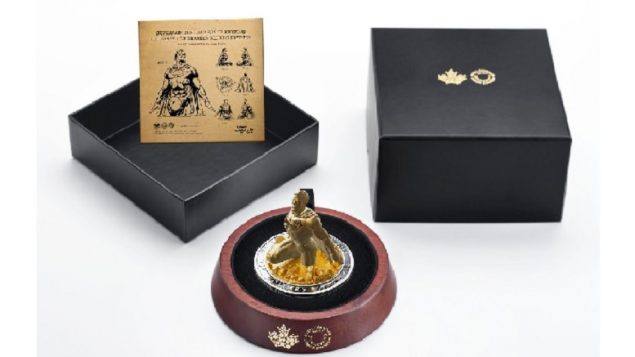 The presentation of the Superman sculpture. Highly collectible, the edition of 1,000 was quickly sold out. (Royal Canadian Mint)

It features a 3D, gold-plated sculpture of the legendary superhero emerges from the coin. This 10 oz. fine silver creation is the result of a collaboration between renowned comic book artist Jason Fabok and Mint engraver Mathew Porter.

Alas it’s too late to get one as the 1,000 copies were quickly sold out.

Another notable offering is the C$50 face value Whale’s tail, (retail $549.95)  featuring Winnipeg artist Dave Zachary’s hand-carved actual soapstone design of a whale’s flukes  emerging from translucent blue enamel layer representing the water of Canada’s North Atlantic ocean. Then below the surface is Mint engraver Cecily Mok’s image of the body of the whale as it dives below. Only 1.000 copies of the 5-ounce silver coin have been made. 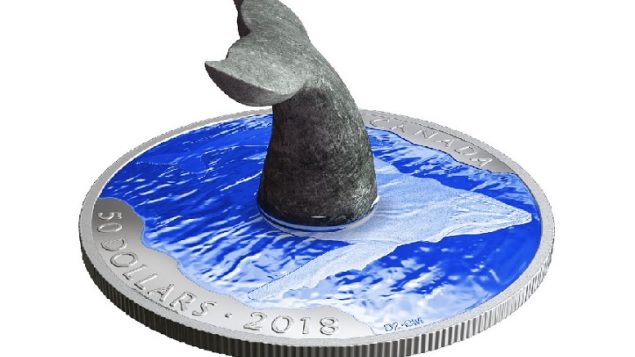 Another new offering is a C$250 (face value) elliptical, concave coin called “The Voyageurs” with a retail price of C$2,499.95 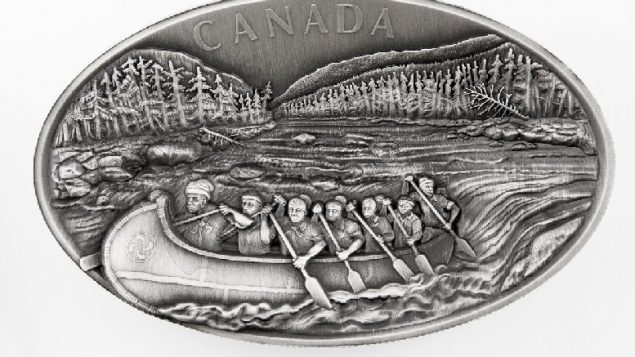 The coin was created by Mint engraver Matt Bowen.  It shows early Canadian fur traders who travelled Canada’s rivers and lakes exploring and opening up the new land as they traded for furs for an eager European market. The amazing minting technology shows the detailed image emerging from the surface of the coin, which is itself concave. 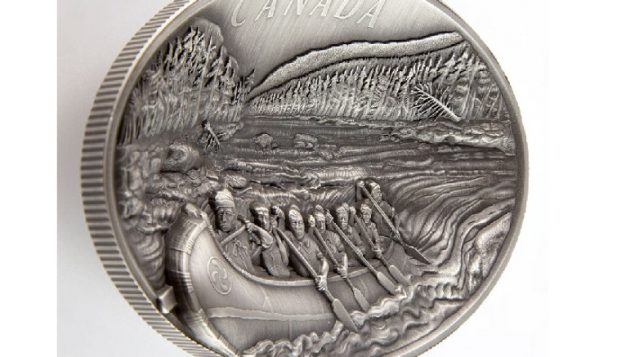 Another view showing the concave face with the fur traders and canoe emerging from the face. (Royal Canadian Mint)

Still another new offering shows the leading technology of the Royal Canadian Mint with a C$30 (face value) fine silver “Dimensional Nature- Polar Bear” by artist Tony Bianco. It highlights the Mint’s dimensional painting technology as a bear cub tests the water from an ice flow while mother and sibling are already in the icy blue water below. ($199.99). In this case  3,000 copies  of the large (50mm) 2oz silver coin were made. 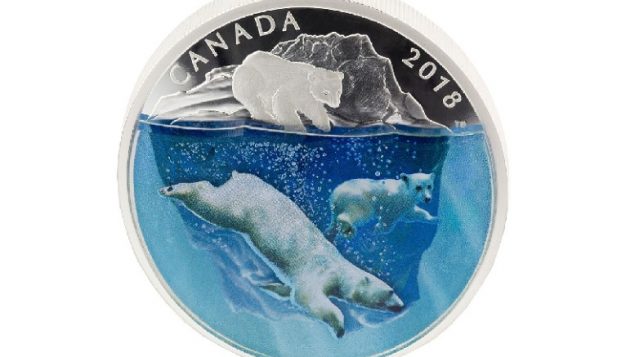 Another innovative offering is the Polar Bear coin with the icy blue water surface extending to the upper edge surface of the coin above the engraving to give “depth” to the water and image. (Royal Canadian Mint)