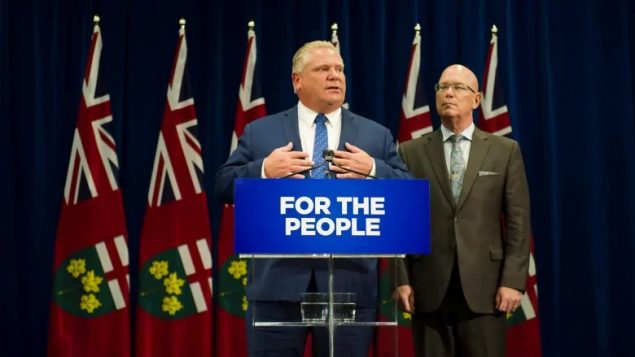 Ontario Premier Doug Ford speaks to reporters Monday as Minister of Municipal Affairs and Housing Steve Clarklooks on. Ford plans to become the first Ontario premier to use the notwithstanding clause in Canada's Charter of Rights and Freedoms. (Christopher Katsarov/Canadian Press)

A constitutional kerfuffle in Canada

It’s called the “notwithstanding clause”, or Section 33 of the Charter of Rights and Freedoms, part of the Canadian constitution.

It may be translated more simply as “in spite of”, as in, in spite of what the constitution or court says, we have the authority (section33) to override that and pass such and such a law that we want.

Use of the law is extremely rare, and its use by Ontario’s new Premier, Doug Ford has resulted in major news and discussion in Canada.

Karen Busby (JD-LLb) is a professor with the Faculty of Law at the University of Manitoba, and director of the Centre for Human Rights Research.

The city of Toronto, is the largest urban centre in Canada. For years, Doug Ford was formerly a member of thecity council before switching to provincial politics where he became Premier in a recent election. 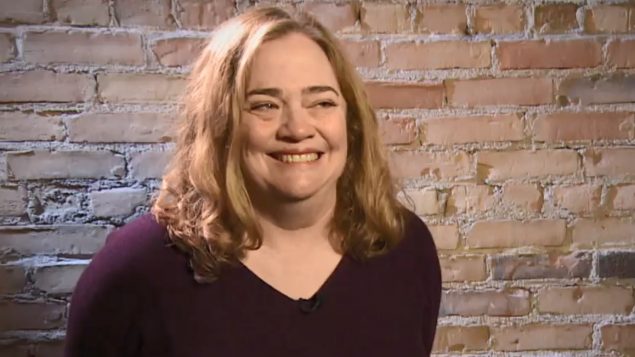 In power, his majority government passed a law reducing the size of Toronto council almost by half from 44 to 25.

However the provincial bill (the Better Local Government Act)  was passed during the election campaign for Toronto council. The council and some individual councillors initiated a legal challenge  and in a court challenge, the judge ruled on Monday that it was a violation of the Charter and struck down the law. The Toronto municipal elections end on October 22.

Premier Ford said the courts shouldn’t have authority over elected government decisions and vowed to reintroduce the law and use the notwithstanding clause to ensure its passes before the city election.

Toronto’s Mayor said the city will fight  any appeal by the provincial government of the judge’s ruling. Some experts say, however that the use of the notwithstanding clause would also override any subsequent appeal decision.

The use of the notwithstanding clause in this context is close to precedent setting, and has set lawyers and constitutional experts back to their books to study and analyse the implications of its use, and how that may affect future legal decisions.