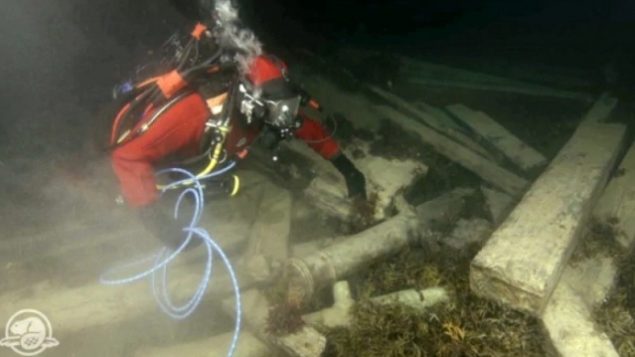 Two Inuit communities that have been instrumental in solving one of the most enduring mysteries in the history of Arctic exploration got a chance last week to finally see nine artifacts raised from the wreck of HMS Erebus, one of the two ships of the doomed 1845 Franklin Expedition.

Members of Parks Canada’s Underwater Archaeology Team presented the artifacts, which are now jointly owned by the federal government and Inuit, in Inuit communities of Gjoa Haven and Cambridge Bay in Canada’s Arctic territory of Nunavut.

The artifacts included a pitcher and a mercurial artificial horizon roof discovered in the officer’s cabin on the lower deck of Erebus, as well as different rigging artifacts from the upper deck. 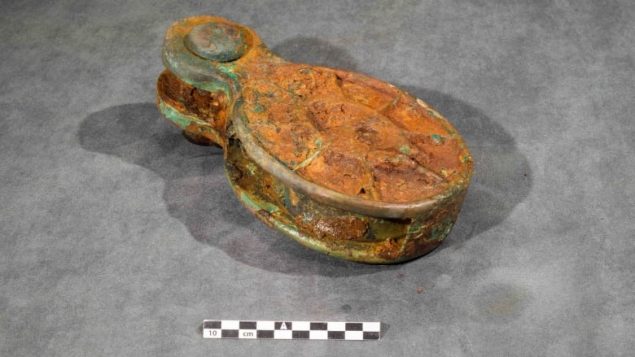 This block with shackle is one of nine artifacts from HMS Erebus being unveiled to the public Tuesday by Parks Canada. The artifacts are the first ones recovered since an April agreement that gave joint ownership of any recovered artifacts from the wrecks to the Canadian government and Inuit Heritage Trust. (Parks Canada)

It was in 1845 that Rear-Admiral Sir John Franklin set sail from England to try to chart the Northwest Passage through the Canadian Arctic with two ships, the HMS Erebus and the HMS Terror. While trying to navigate from the Atlantic Ocean to the Pacific, the ships became stuck in ice off King William Island.

The crews decided to abandon the ships and try to trek overland to the south. No one survived the gruelling march. Many attempts were made to find the wrecks of the two ships but it took Indigenous know-how and improved technology to finally find them. 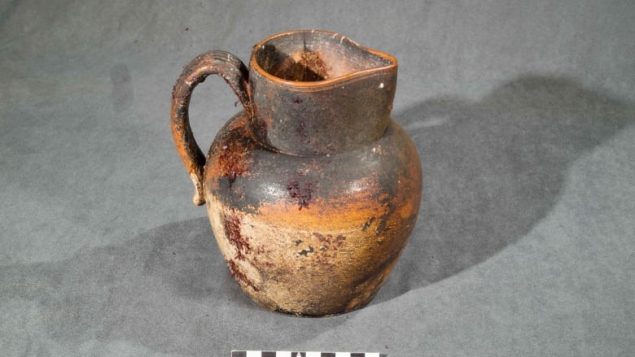 A water pitcher recovered from the Erebus. A memorandum of understanding is being worked on to confirm how the artifacts will be managed moving forward. (Parks Canada)

Earlier this year, the government of the United Kingdom, which was granted ownership of the 65 artifacts already discovered by Parks Canada diving teams, gifted Canada all yet-to-be discovered artifacts from the two wrecks.

“I’m thrilled that for the first time artifacts excavated from one of the ships of the Franklin Expedition are jointly owned by Inuit and the Government of Canada,” Catherine McKenna, Minister of Environment and Climate Change and Minister responsible for Parks Canada.

“This is a significant achievement and I look forward to a continued collaboration with Inuit as we continue to unravel the mystery of the story of Franklin together.” 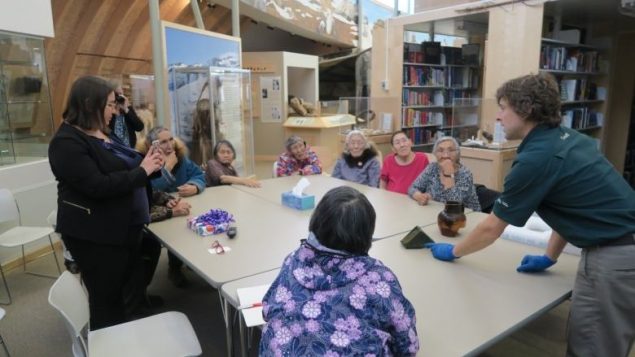 “We are looking forward to our on-going collaboration with Parks Canada to conserve and present artifacts from HMS Erebus and HMS Terror and to share Inuit perspectives on the Franklin story,” said  William Beveridge of Inuit Heritage Trust.

After the presentation in Nunavut, the artifacts recovered from HMS Erebus will be transferred south to Parks Canada’s lab where they will go through many months of conservation and study, Parks Canada said.