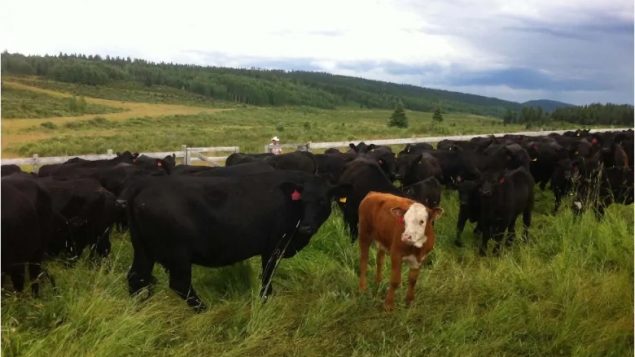 A huge working ranch operation of over 70 sq km and with some 1,000 cows, has been donated to the University of Calgary Faculty of Veterinary Medicine ( U Calgary)

Two announcements this week have major implications for conservation and animal research.

The first was the donation of an entire working cattle ranch to the University of Calgary.

The WA Ranches, a large working beef cattle operation worth an estimated $44 million and covering some 7,600 hectares or about 76 sq.km. along with 1,000 Angus beef cattle was donated by Jack Anderson and daughter Wynne Chisholm.  The ranch is located a little to the west of Calgary. 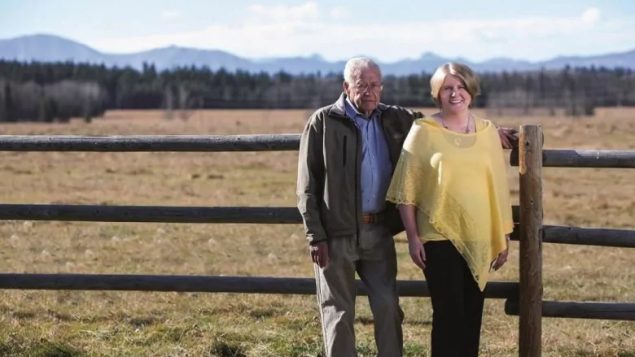 With the Rocky Mountains in the background, Jack Anderson and his daughter Wynne Chisholm, pose on their W.A. Ranches property that they started in 2005.(Submitted by University of Calgary)

In making the gift, the owner’s desire was to provide an actual working ranch experience for the university’s veterinary school and adds to a $5million dollar donation the ranch made to the University of Calgary School of Veterinary Medicine (UCVM ) in 2014. Over the past several years, the ranch had often hosted veterinary students from the university

Quoted in the Alberta Farmer, Wynne Chisholm said, “We knew from that relationship that UCVM was missing a dedicated cattle ranch for research, teaching, and outreach. They are currently using farms like ours. They are spread out all over the province. That adds costs to their projects and gives them variable data due to diverse ranching practices”.

Another major donation involves a ranch to the south of Calgary where just over 800 hectares has been protected from development.

Stan Carscallen is the owner of the White Moose Ranch and worked with the Nature Conservancy of Canada in making arrangements for the land preservation. 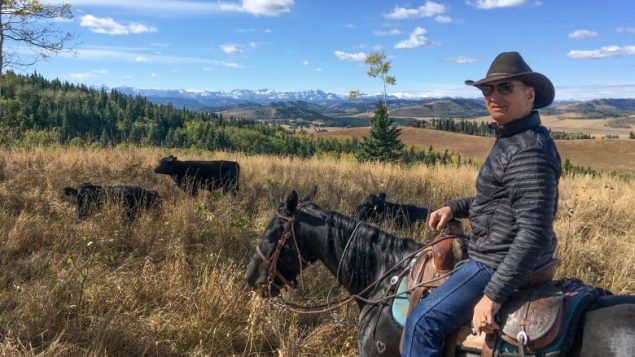 With the Rocky Mountains in the distance, ranch owner Stan Carscallen surveys cattle on the property that will be protected. (Nature Conservancy of Canada)

The White Moose section, in addition to another from the OH Ranch creates a continguous zone from the Highland River to the Sheep River

It is also one of the few remaining areas of natural fescue grasslands, in addition to montane forests and riparian areas. 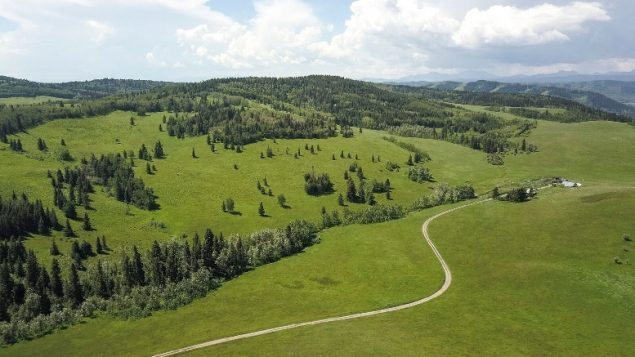 Another view of the White Moose Ranch showing Rocky Mountains in the distance. Farmlands near Calgary are all under development pressure from the expanding city, and the NCC arrangement ensures a large section of the ranch will be preserved from development. (Brent Calver Nature Conserv Cda

The White Moose will continue to be a working operation, but the deal means this section cannot be subdivided or developed.

Both ranch areas are under development pressure due to their proximinity to the large and growing city of Calgary.

These deals will ensure their preservation.