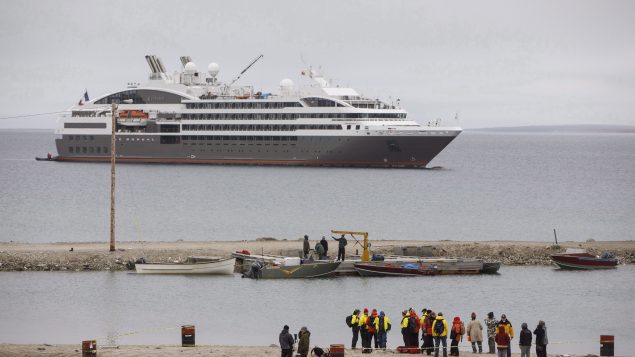 Passengers from a cruise ship reach the shore on zodiac boats during a visit to the town of Gjoa Haven, Nunavut on Saturday September 3, 2017. (Jason Franson/THE CANADIAN PRESS)

Ottawa offers workshops on how to attract more Chinese tourists

The federal government is setting up a series of workshops for Canadian businesses working in tourism and hospitality sector to help them attract more Chinese tourists, officials announced Friday.

Ottawa in collaboration with the Tourism Industry Association of Canada (TIAC) is preparing to offer up to 10 workshops across the country over the coming months, said in a statement Minister of Tourism Mélanie Joly.

Just in the first six months of 2018, Canada welcomed over 300,000 tourists from China, a new record and an increase of more than 9 per cent compared to the same period in 2017, according to government statistics.

“Tourism is a key part of the Canadian economy and provides good middle-class jobs in communities from coast to coast to coast,” Joly said in a statement. “I am excited to announce this series of China market readiness workshops geared to helping small and medium-sized enterprises in rural and remote regions of Canada take full advantage of this business opportunity.”

These free workshops are designed to help Canadian businesses improve their understanding of what Chinese tourists are interested in seeing when they travel, keep abreast of the latest trends in the Chinese market, and identify ways to better adapt existing tourism products to the Chinese marketplace, officials said.

Charlotte Bell, president and CEO of TIAC, said they’ve been working for many years to increase the number of Chinese visitors to Canada.

“These sessions will make insights on Chinese travellers more accessible to Canadian SMEs and will help us in our efforts to reach the New Tourism Vision goal of doubling Chinese visitation to Canada by 2021,” Bell said in a statement.

The first workshop is scheduled to take place on Oct. 17 in Iqaluit, Nunavut, during Small Business Week.