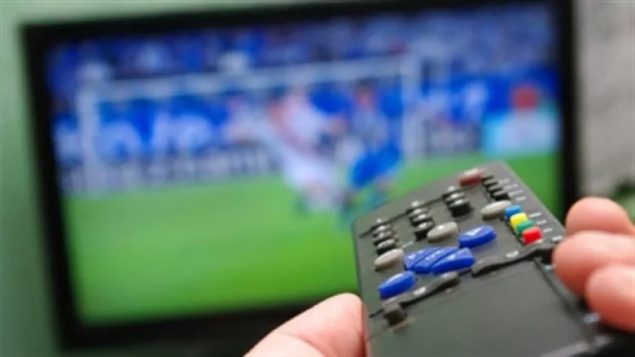 More Canadians are moving away from "traditional" services of cable/satellite TV, and landline phones. (Radio Canada)

The traditional home telephone wired in to a network, and cable television, once almost standard fare in all homes, are facing a bleak future.
A new survey of Canadians by the Angus Reid Institute  shows about a third of respondents have cancelled or never subscribed to cable or satellite TV service, while four in ten have cut their landline phone service.

People who have already stopped cable or satellite TV service said it was because they weren’t getting value for the money. Even those who still subscribe responded that it was “too expensive”. 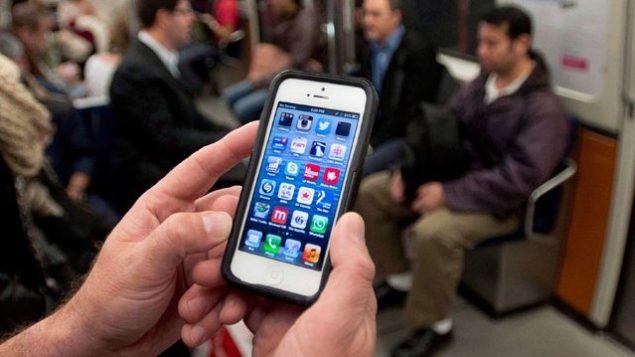 Canadians, especially younger ones, are moving away from owning a landline phone at a even faster pace. (CBC)

Those under age 35 present the greatest percentage cutting “traditional” service. Almost half (48%) of this group have cut or never signed up for tv service, while 63 per cent have no landline phones.

Still, although the trend is downward, 71 per cent of respondents say their household currently subscribes to either cable or satellite television service.  Netflix with its selection of movies and TV serials, is popular, with Canadians ranking third in use behind the U.S. and Norway.Still as an example the figures show that in 2015 some 190,000 household cancelled service, an number that increased to 220,000 in 2016 and which continues to climb, according to the Convergence Research Group, a Canadian consulting firm.
This latest survey figure shows a slow but continuing decline in cable or satellite TV from the 2012 figure of just over 88 per cent of households.As for landline phones, there is a greater decline still.

Almost 84 per cent of households had a landline in 2012, but that has declined to 57 per cent this year and that decline seems to be increasing. 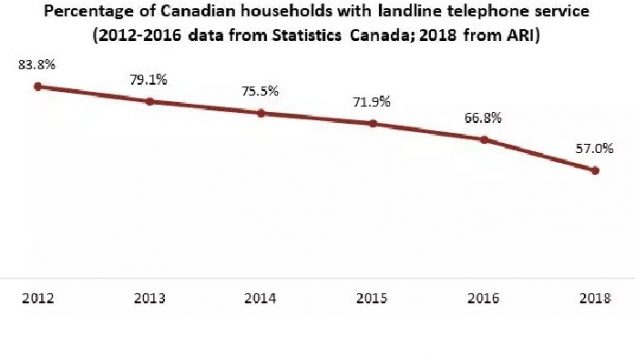 Although not part of the survey, a related fact is the number of public payphones in Canada is rapidly declining, presumably also because of the rise of mobile phones. 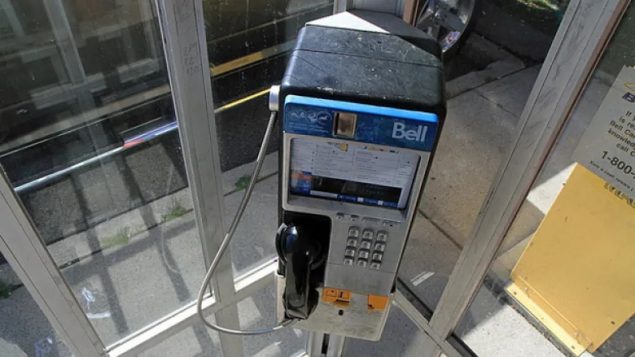