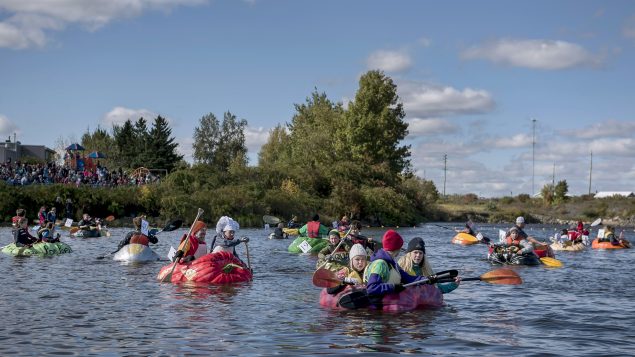 Pumpkin Regatta: the 20th annual event with some double and even triple teams competing in Windsor-West Hants on Lake Pisiquid on Sunday, October 14, 2018. THE CANADIAN PRESS/Darren Calabrese

The Pumpkin Regatta, is the hilarious tradition that takes place on Lake Pisiquid, in what they call “Big Pumpkin Country” in Windsor, Nova Scotia.

And they are big pumpkins. Racers hollow out the giant gourds, cutting the top off just enough to allow participants in, but not the water, as they race across the 800 metre course. 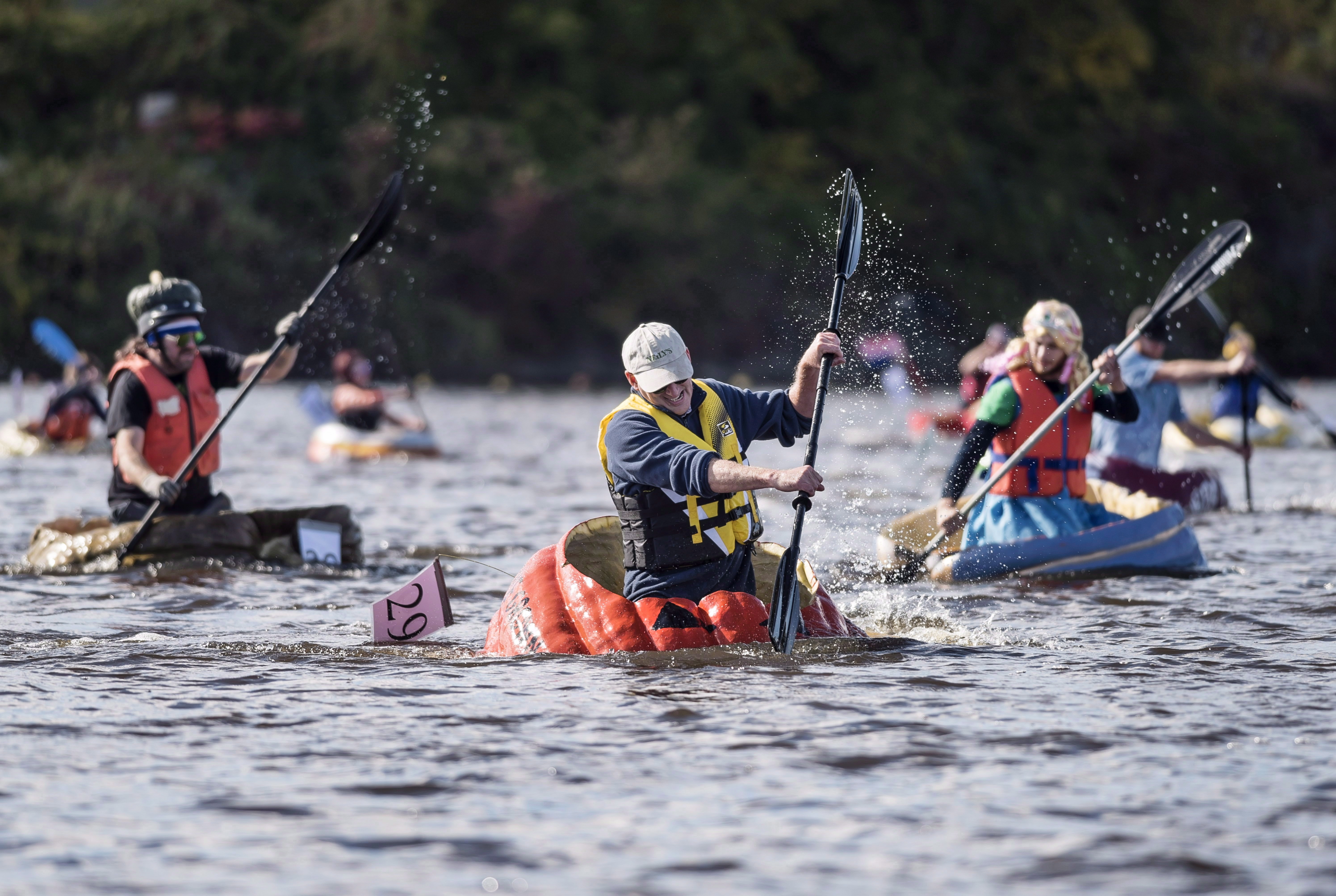 They compete in different categories, such as single entries, double entries, and best decorated.