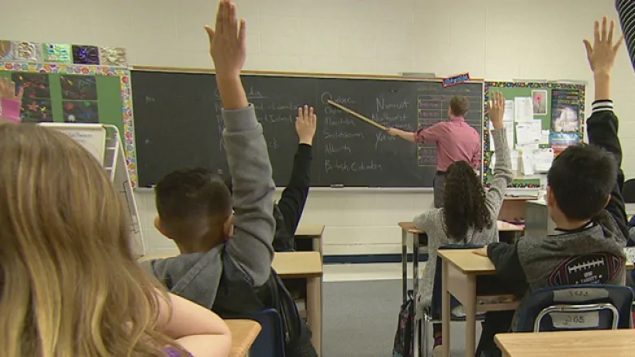 New rules coming for teachers in Ontario, one involves them passing a mathematics test. (CBC)

Legislation was introduced yesterday (Thursday) which is called the  ”Safe and Supportive Classrooms Act”, primarily because it would require the revocation of the licence for any teacher found guilty of having sexually abused a student.

All new teachers entering the system would also be obligated to pass a math proficiency test.

Many stakeholders have said of the announcement about the proposed legislation that it’s very vague while critics say more support for teachers is what is needed along with training, rather than tests.

About half on Ontario students in Grade 6  (generally age 12) failed to meet the expected standards for math in 2017, and this for second year in a row according to the Education Quality and Accountability Office (EQAO)

A new student math programme was put in place last year, but experts say its too early to tell to what extent it is achieving results.

The Progressive Conservative government of Doug Ford, elected early this summer had blamed the previous Liberal government for the declining scores of the past five years and their “discovery math” curriculum. Premier Ford’s plan initiated in September consists of a new guide for teachers and parents for students in Grades 1 through 8 to learn “traditional formulas and memorisation techniques” in mathematics.