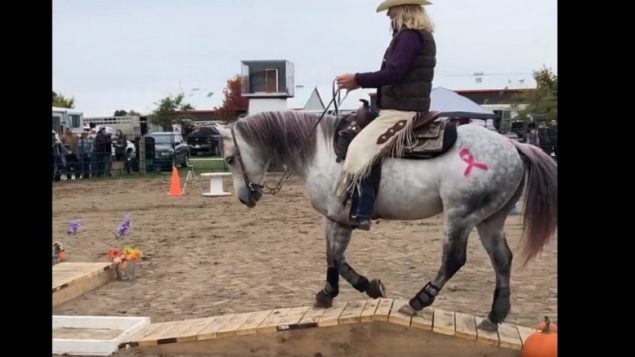 Ontario 2018 extreme cowboy champ Ellie Ross and "Smurf" go up and over a short narrow bridge during a competition. (supplied)

The name might be a bit misleading at first as extreme is usually thought to mean danger. In this case though it really means extreme skill, that of horse and rider working as a team, and a rapport developed with an extreme level of trust by the horse in the rider coming only after long training.  The competition itself involves a series of tasks and challenges that simulate conditions, tasks, and situations that could be encountered on a working ranch.

Ellie Ross aboard  her horse “Smurf” recently won the Ontario provincial champ and she has been invited to compete in the World Championships being held in Texas starting next week against other challengers from several countries around the world.

Ellie normally operates Wag and Train, a dog training centre in Kitchener Ontario. She says some of her dog training expertise has also worked in training her horse, Smurf at their farm in the village of Ayr, about 20 kilometres to the south. 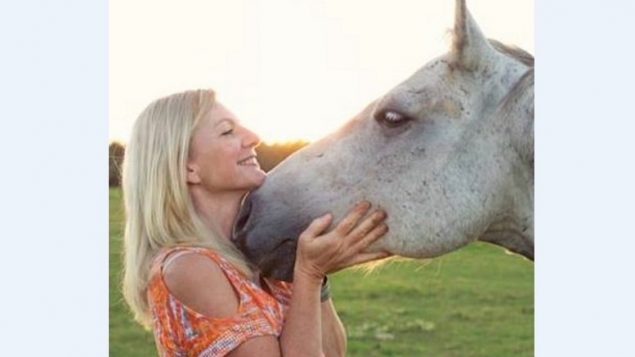 Ontario champions, Ellie Ross with “Smurf”, On their way this evening to the World Championship Extreme Cowboy event in Texas. (supplied)

As mentioned, because extreme refers to skill and not danger, this type of competition, which is growing in popularity, is open to a variety of ages and levels, from young beginners with “green” horses, to highly competitive professional teams. She also notes that although these are competitions, the friendliness and level of cameraderie, help, and encouragement among competitors is also extremely high. 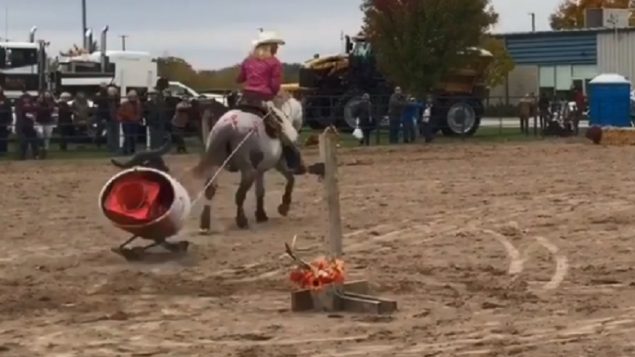 Ross and Smurf collecting and dragging an object. Horses as prey animals are normally extremely wary and frightened by objects following behind so training to drag an object close behind without bolting is a challenge. (supplied)

Competitors never know exactly what they’ll face, or the exact setup of some standard challenges, but all can be equated to situations typically encountered on a ranch, from crossing a stream, to opening and closing gates, pushing through high brushes, small jumps over various obstacles, crossing a narrow footpath, dragging things, sliding to a sudden stop, backing up, sidestepping obstacles, cutting cattle from a herd and so on, even shooting a simulated gun, and there is a time element as well. 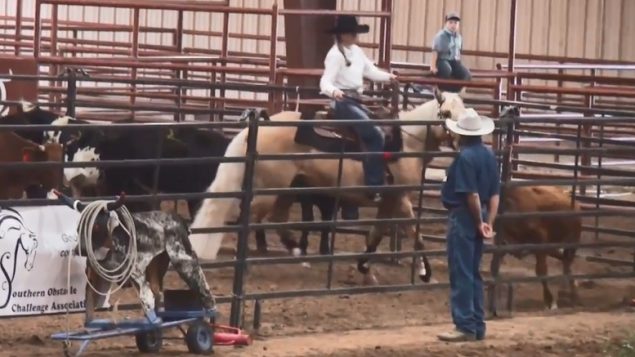 Ariana Gray-aboard “Shes my cherry pie”-calf cutting, at the World Championships 2017. Competitors enter a corral of cattle and half separate a specific cow from the herd and move it into an adjoining pen. (Evan Kurtz Photography YouTube)

Ross says, because many of these tasks are unnatural for horses,  or at least things they would normally try to avoid, the animals have to develop a deep trust of their riders and that comes from long training and developing a strong rapport between the two.

Ellie Ross leaves tonight with her horses for Texas. It’s a long trip as she will stop every four hours to let the horses out for a bit of exercise and water. They will also be checked by a veterinarian upon arrival to ensure the horses safety and well-being. 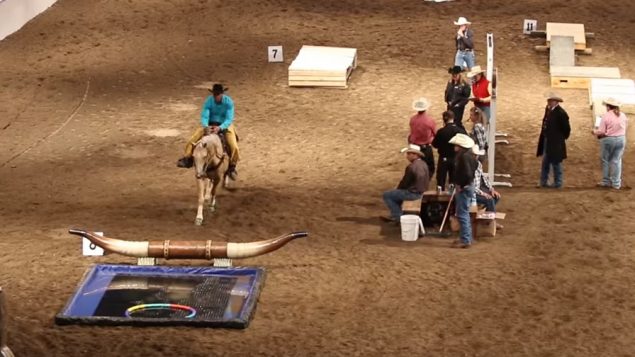 David Cowley competes at the Calgary Stampede event 2015. After crossing a small rickety, unstable “bridge” the team heads to a small jump and into a water obstacle, which has a distracting object in it as well (Calgary Stampede)

From Nov 6-11, she’ll be competing against horse and rider teams from countries as far away as Australia and Belgium amongst many others. Even though this is the “World Championship” event, she says it’s actually not the top event.  The top of the top is in fact at Canada’s Calgary Stampede event in which the top ten competitors from the World event are invited and with a substantial cash prize as an award.

Ellie Ross says doing well enough to be invited to compete in the  “Cowboy Up Challenge” event at the Calgary Stampede is her dream and ultimate goal.