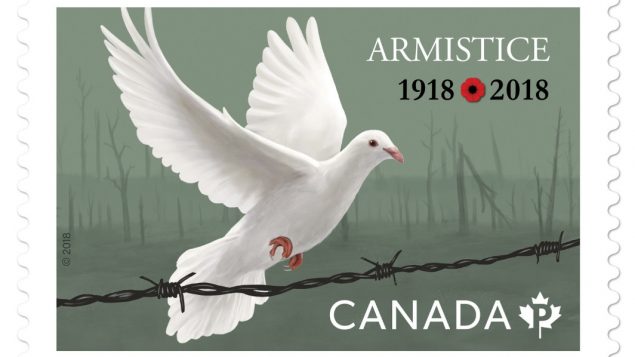 On this special centennial year of Remembrance, Canada Post has issued a new postage stamp.

The Armistice ending the horrors of the First World War came into effect 100 years ago on November 11, 1918.

It was Canada that led the way, starting at Vimy Ridge, giving the Allied forces their first major victory  in an otherwise horrifically bloody and stalemated war.

This was followed soon after by another major success at Hill 70, with more to follow until the final- albeit controversial- Canadian victory at Mons as the war was about to end. 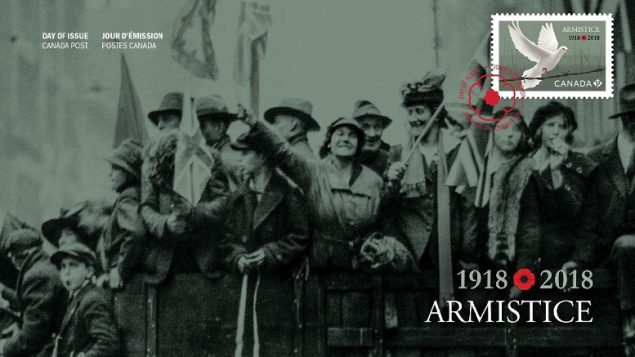 By that time it was recognized by all, that the Canadians were the superior fighting force on the Allied side and greatly feared by the Germans.

All countries involved suffered terribly. For the young country of Canada where some 650,000 had served,  66,000 were killed,  172,000 wounded, many terribly, and untold others suffered undiagnosed emotional trauma. 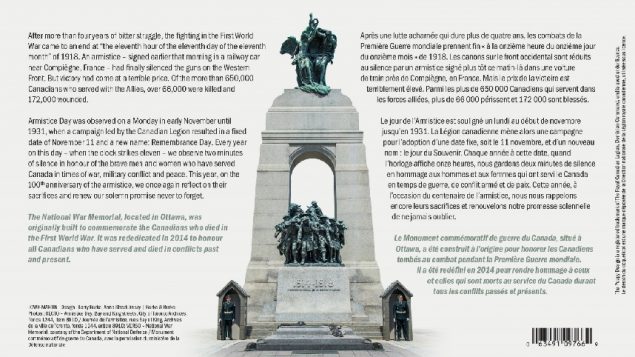 The reverse side of the first day cover, showing the National War Memorial in Ottawa (Canada Post)

This new stamp released in time for use prior to the November 11th commemorations is designed to symbolise struggle, peace and remembrance and honours those who made the supreme sacrifice in defence of freedom and democracy.

The stamp was unveiled in Ottawa at the Perley and Rideau Veterans’ Health Centre, which has a responsibility to provide care for veterans