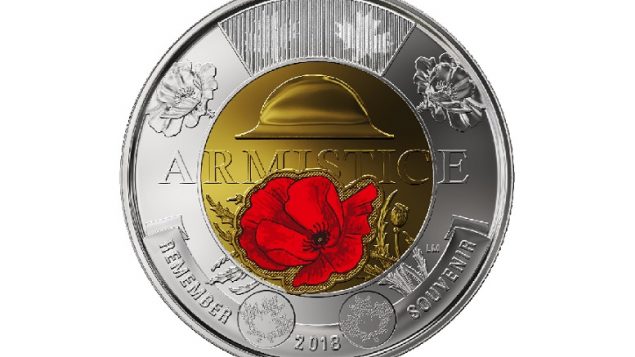 IN Canada, some 3 million of the special commemorative "poppy" $2 general circulation coins have been struck for the occasion of the 100th anniversary of the end of the First World War (Royal Canadian Mint)

In less than a month, many nations around the world will mark a momentous date. This year, November 11th will be the 100th anniversary of the Armistice to end the horrific tragedy of the  First World War.

To mark the occasion, the Royal Canadian Mint unveiled a commemorative general circulation coin this week as part of their “Armistice” collection 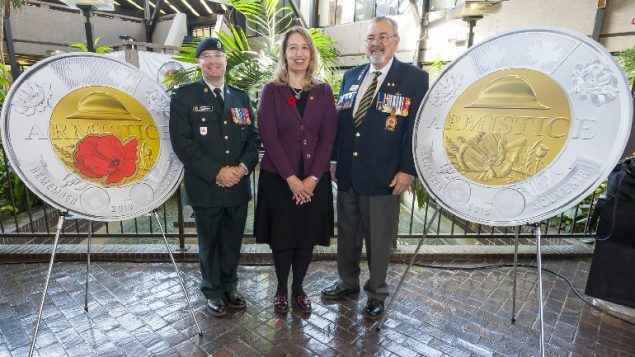 A special issue minting of three million of the coins has begun being issued,  The $2 coin features the familiar British Brodie helmet worn by Canadians, and bright red poppy which has become the iconic flower of Remembrance inspired by the Canadian poem “in Flanders Fields”.

Some two million of the coins will be the coloured version, and one million unpainted, two more smaller poppies are engraved on the outer ring, which includes a banner bearing the bilingual words “REMEMBER”, “SOUVENIR” and the year “2018”. A 2003 engraving of Her Majesty Queen Elizabeth is on the obverse side.

“With a new coin commemorating the Armistice, Canadians may remember our predecessors who risked their lives or made the ultimate sacrifice in the First World War to defend our values and freedoms.” Jennifer Camelon, Interim President and CEO of the Royal Canadian Mint

In this centennial year of Remembrance the Royal Canadian mint is also offering other collector items including a $25 face value “coin” struck in the shape of a Brodie helmet Mk-I, as worn by the Canadian Expeditionary Forces dated 1918-2018 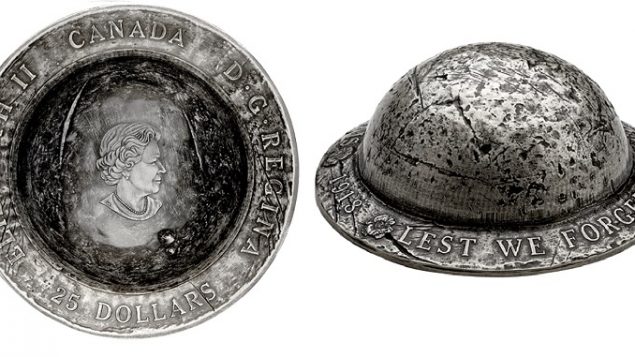 Artist Laurie McGaw has also designed a $10 fine silver collector coin that features a war-weary soldier, reflecting on the loss of his comrades as the guns of war fell  silent on November 11, 1918. A $200 pure gold coin “Armistice Poppy”, designed by Kerri Weller, is another powerfully symbolic work of art adorned by a central poppy coloured in translucent red enamel. 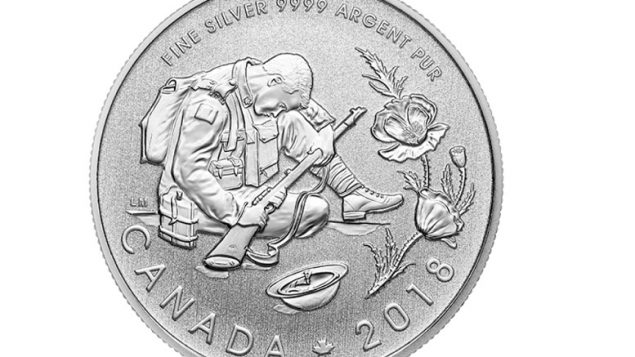 On the commemorative $10 face value coin, a war weary member of the Canadian Expeditionary Force, carrying his SMLE reflects on the loss of his comrades at the moment of the Armistice in 1918

Earlier this year, the Mint also issued a special edition silver dollar “The 100th anniversary of the Armistice”. Designed by Jamie Desrochers, it is dominated by a towering illustration of the number “11” selectively plated in gold against a background of precisely engraved radiating lines and a laurel wreath. 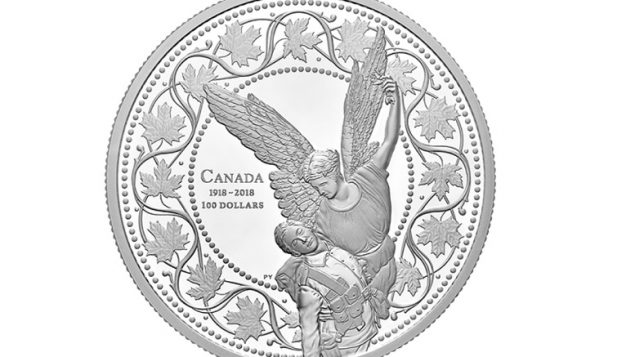 A 10-ox fine silver coin with influences of the copper penny of the period is also offered at $999 featuring the Angel of Victory holding one of Canada’s 66,000 who gave their lives in the struggle against aggression in the First World War (Royal Canadian Mint)

At the time of the war, Canada was a small nation of only 8 million, yet more that 650,000 enlisted with another 12,000 from the then still British colony of Newfoundland