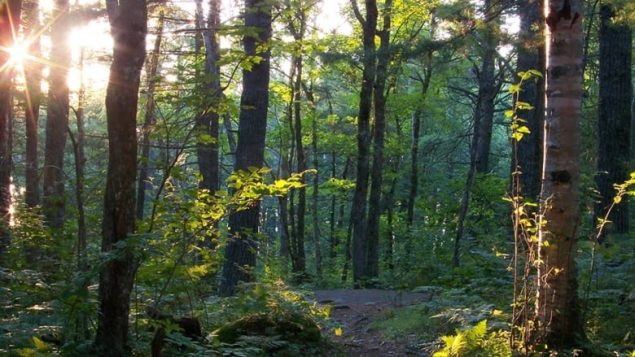 Forests, more and more Canadians are finding out, are not there just to be used as a resource to build things or provide newsprint. They are a place where we can heal. Canada now has five "healing forests" where people can catch up with themselves. (Alain Belliveau/Medway Community Forest Co-op)

There is not shortage of forest land in Canada: 347 million hectares, nine percent of the world’s woodland. 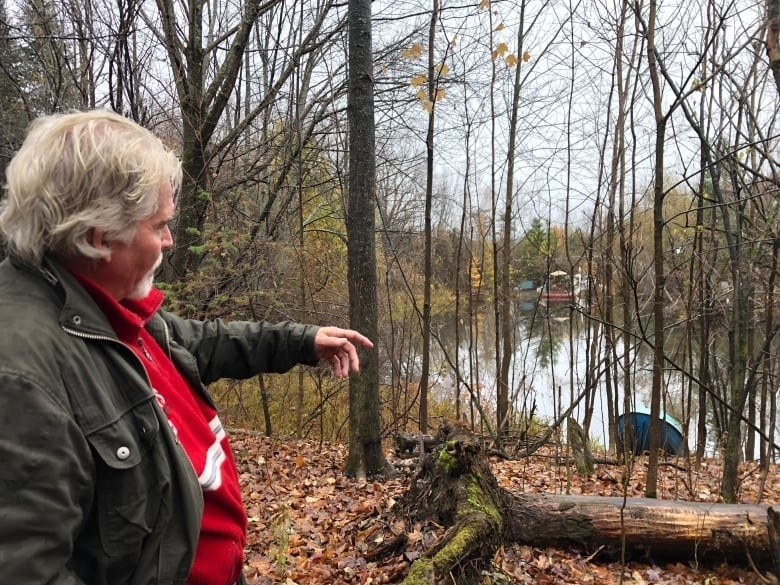 Forty-two percent of Canada is forest.

But how many people take advantage of those forests?

Business people, for sure.

Lots and lots of lumber gets sold.

But there is way more forests can be used for. 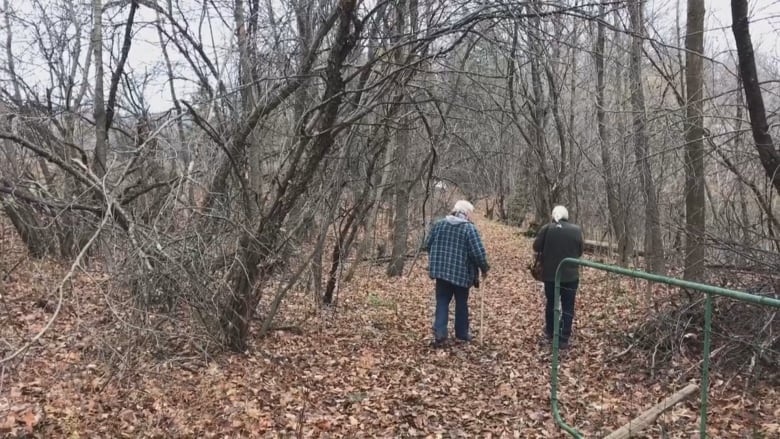 Terry Loucks walks down a trail in the healing forest he has opened to the public behind his home in Firtch Bay, QC with his friend Paul Conrad Carignan. (CBC)

As the First Nations people found out eons ago, forest and woodlands are good for a lot more than commerce and construction.

They can provide a slice of sanity, a respite of peace, a place to get your grip.

Asians in many countries have known about the benefits of “forest bathing” for centuries.

Canadians, not so much. 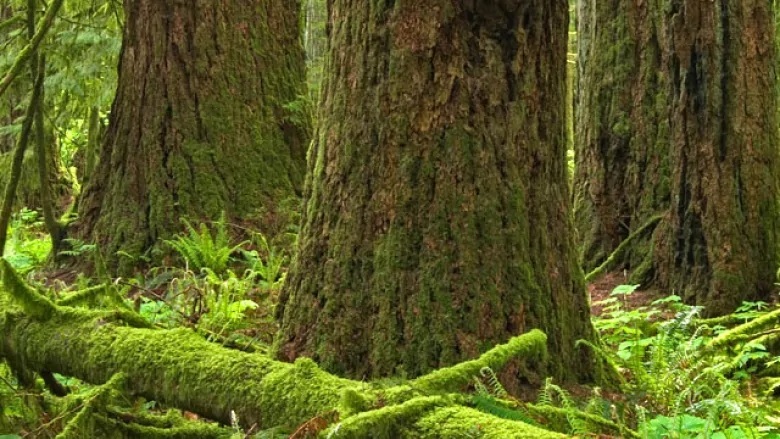 Some of B.C.’s old growth trees date back to the Magna Carta. (CBC)

Canada’s National Healing Forests Project was created in June 2015, just prior to the release the Truth and Reconciliation report that seeks to right so many past wrongs inflicted on the Indigenous people living across what we now call Canada.

There are now five healing forests in Canada, the latest–the first in Quebec–is in the province’s Eastern Townships, about 140 kilometres east of Montreal.

It being continually created and updated by Terry Loucks on the two-and-a-half hectares he owns in the village of Fitch Bay. 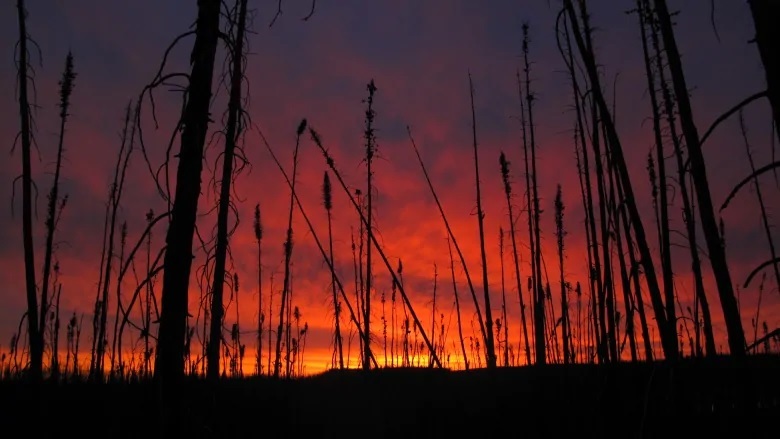 This wetland in Birch Mountain in Alberta will form part of the world’s largest area of protected boreal forest. (Submitted/ABMI)

Loucks grew up in Quebec’s magnificent Saguenay-Lac-St.-Jean region and has always loved woods and water.

So after a life in the city–the saw him work various jobs, including as a flight engineer for Air Canada–he felt like he was going home when he left the city rat race nearly 40 years ago..

I spoke to him at his home in Fitch Bay on Monday.