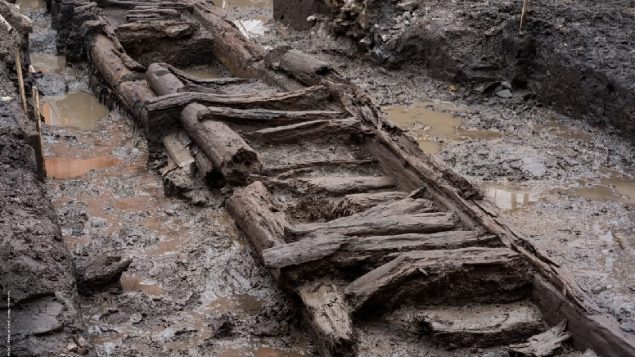 The 20 metre section of the original palisade of 1693. (Jacques Beardsell- Ministry of Culture))

Some of the earliest fortifications in North America have been uncovered in Quebec City.

While excavating for a new condo project in the “old city” portion of Quebec City, workers came across some bits of waterlogged wood deep in the clay. 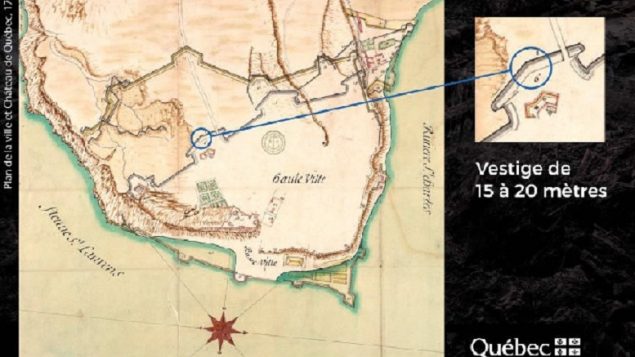 An original map of Quebec City in New France showing both the walled defences (later) and the original wood and earthen palisade. Blue circle shows location of where the vestiges of the palisade have been found. (Gov. Quebec)

Archaeologists then carefully cleared the mud to reveal a section of what was the earliest fortification for the fledgling French colony dating back to 1693-94. 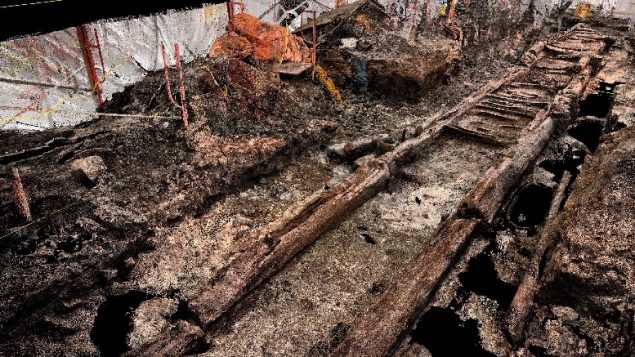 Another view of the section of original defences. (via- RadioCanada)

The large cedars were a portion of a wooden and earthen stockade to protect against aboriginals and attacks from English. Known as the Beaucours palisade after the supervisor and military engineer at the time, Josué Dubois Berthelot de Beaucours, the palisade was built following just such an English attack in 1690. Although repulsed at the time it was obvious that defences had to be built to protect exposed western approaches to the town. 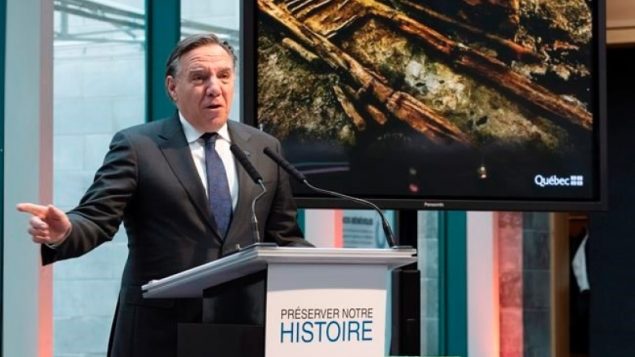 With a population of only about 800 at the time, about 500 were apparently involved in the construction.

Although the thick clay has preserved the wood, it must be carefully dried and removed before the freezing temperatures arrive.