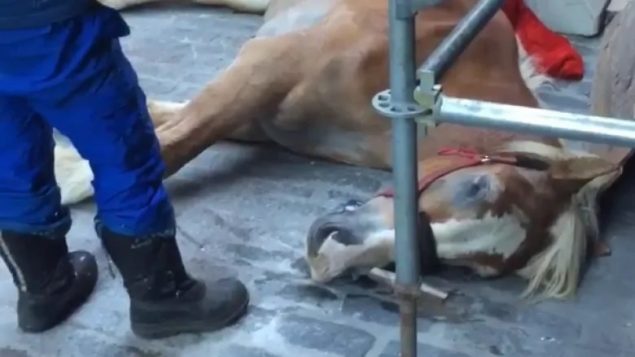 The death on Sunday of Charlot, a calèche horse who returned to work that very day, has brought renewed focus on the use of the animals in Old Montreal. (Chris Romanyk/Facebook)

A carriage horse’s death in Montreal brings sadness and anger

The collapse and death of a carriage horse Sunday afternoon in Montreal is unlikely to alter the timing of the city’s upcoming ban on the use of the carriages–known locally as calèches–at the end of next year. 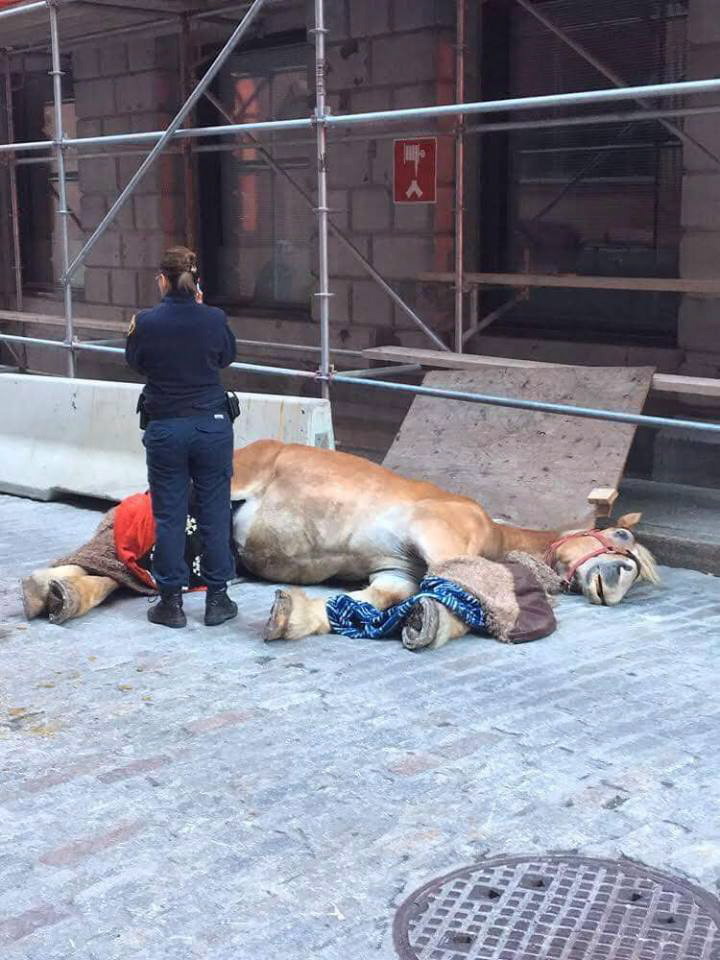 Charlot is seen on the streets of Montreal Sunday in this handout photo. Montreal’s mayor, Valérie Plante, says she’s more convinced than ever that the city’s caleche industry needs to be shut down but she says she will not move forward the deadline for the end of calèche rides from Dec. 31, 2019. THE CANADIAN PRESS/HO, Sauvetage Animal Rescue, Facebook

The horse, named Charlot, died after collapsing on the cobblestone streets of Old Montreal.

“It was gut-wrenching,” said one observer, Chris Romanyk, who lives near by.

“It was screaming in pain.”

Within a half hour of the Charlot’s collapse, two officers from the SPCA’s Investigations Division arrived, but the horse was already deceased. 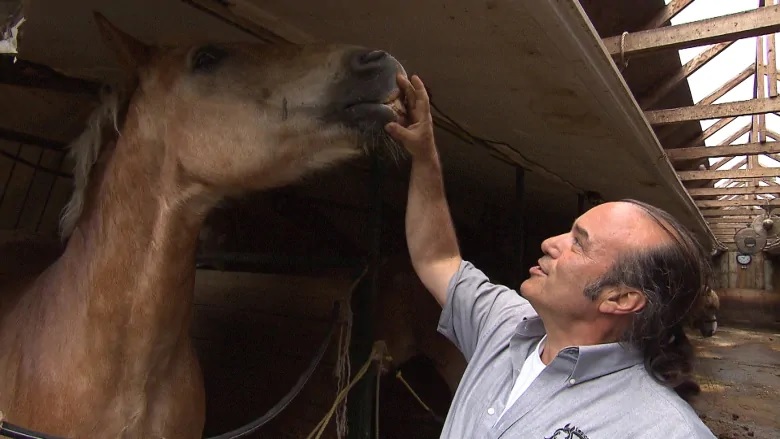 It was then turned over to provincial authorities.

The horse’s owner, Luc Desparois of Lucky Luc Stables, said Charlot was out of service earlier this summer after showing signs of minor gastrointestinal pain and had returned to work the day he died.

Desparois added that it is not unusual for any animal to drop dead. 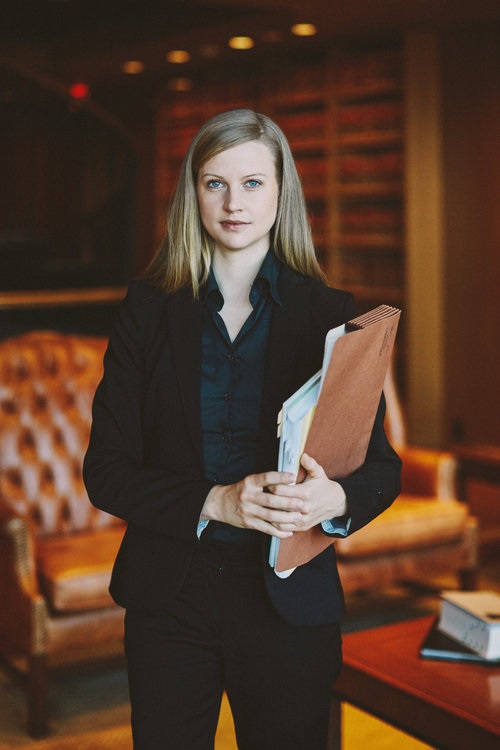 Attorney Anna Pippus is director of farmed animal advocacy for Animal Justice and a strategic advisor for We Animals. (Photo: Kornelia Kulbacki)

“It’s like humans. People die out of the blue without showing any signs.”

Mayor Plante said there were no signs that Charlot had been mistreated.

Quebec’s Department of Agriculture told RCI that veterinarians expect to have an autopsy report “in a several days.”

For her take on Charlot’s death, I spoke by phone with Anna Pippus, director of farmed animal advocacy for Animal Justice and a strategic advisor for We Animals, at her home in Vancouver.

I began asking her about her immediate reaction when she heard the news.