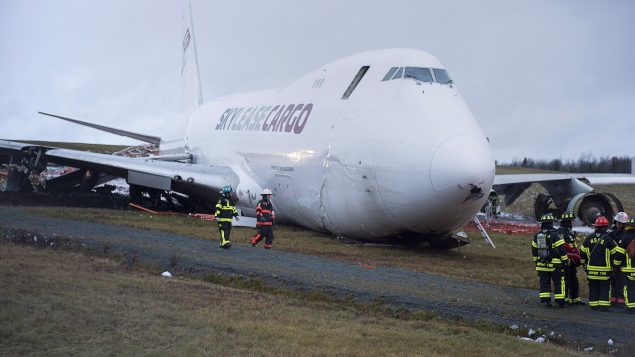 A cargo plane skidded and stopped near a road at the airport serving the eastern city of Halifax. All flights were temporarily suspended. (Andrew Vaughan/The Canadian Press)

Runways have been reopened but flight delays persist after a 747 cargo plane skidded off the runway just after 5am on the morning of November 7, 2018 near the eastern city of Halifax.  Five people aboard the large plane were taken to hospital with what is thought to be minor injuries. 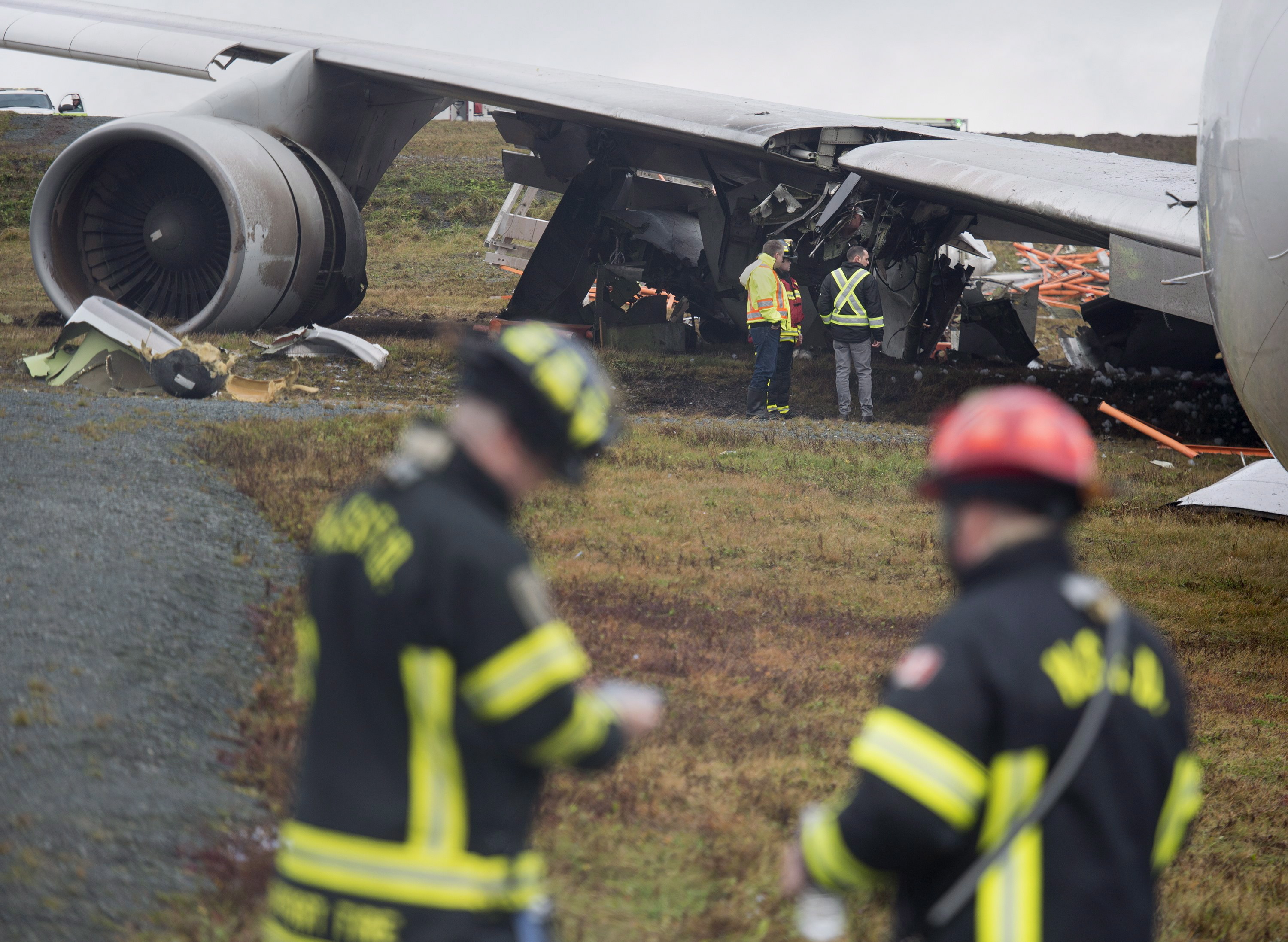 The engines on the 747 were heavily damaged and two were sheared off the wing. (Andrew Vaughan/The Canadian Press)

Two of the panes engines were sheared off and the other two were heavily damaged. The underside of the plane appeared to be bent and cracked.

The plane was thought to have been travelling from Chicago to Halifax. The company operating it, Sky Lease Cargo, has been carrying seafood from the eastern province of Nova Scotia for sale in  China.

The Transportation Safety Board of Canada will sent a team to investigate the accident.