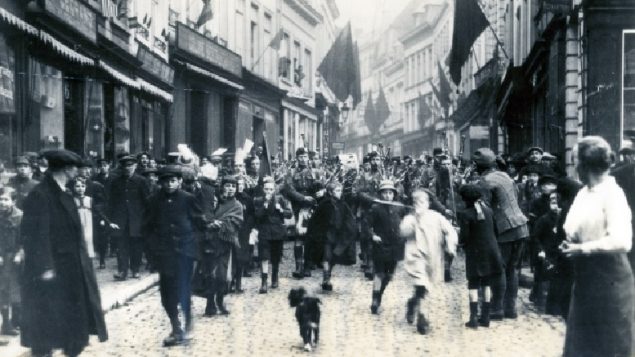 The Pipes and Drums of the Royal Highlanders of Canada (Black Watch) leading Canadians through Mons Belgium to celebrate the Armistice Nov 11, 1918 (RHC Archives- wiki)

In November 1918 the horrific toll of the First World War was coming to an end. The Armistice to end hostilities was being negotiated.

On the morning of the 11th, official word came to the Canadians to hold their place and cease hostilities. Later that morning, the Pipes and Drums of the Royal Highlanders of Canada (RHC) would lead Canadian troops through the streets of Mons, a city they had just liberated, to celebrate the end of the war.

Now 100 years later, the Royal Highlanders of Canada − now known as the Black Watch-Royal Highland Regiment of Canada − will once again lead a parade through the streets of Mons to mark and commemorate that historic moment.

The order to take back Mons, was highly controversial as it would put soldiers lives at great risk even as they knew the war would end. However, as has often been the case ever since, the idea was to capture as much ground as possible before hostilities ceased. 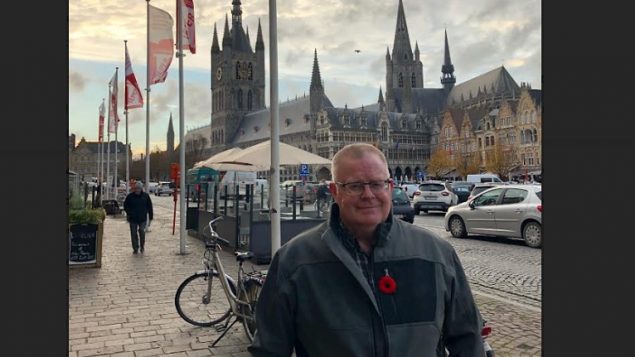 Nevertheless, the Canadians took the city as they had every other battle since 1917. The Germans had come to fear the Canadians as their toughest opponents, and the highland regiments with their kilts, allegedly came to be called “the ladies from Hell” (Hollenweibe) by Germans. 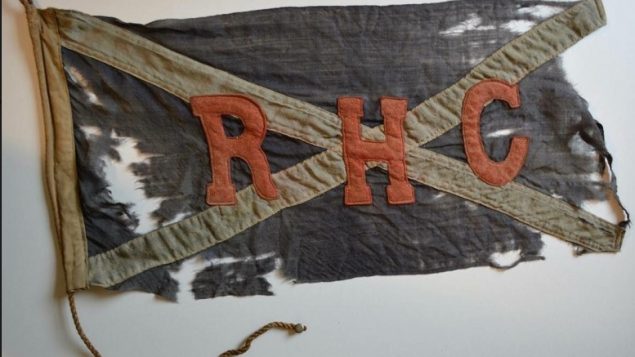 At 07.45 word came via telephone line to the hastily organised Canadian headquarters in the city hall, to cease all hostilities.  The information was jotted down on a piece of notepaper which has been preserved by the Black Watch at their Montreal armoury.

“Hostilities will cease at 1100 Nov. 11th – Troops will stand fast on line reached at that hour which will be reported to Bde [Brigade] HQ – Defensive precautions will be maintained – There will be no intercourse of any description with the enemy – Further instructions follow.”

An impromptu celebratory parade was held as word got around, and then later, a more organised one to march through the main street at 11a.m.  It would be led by the rousing skirl and rhythmic beat of the Pipes and Drums of the 42nd Battalion. 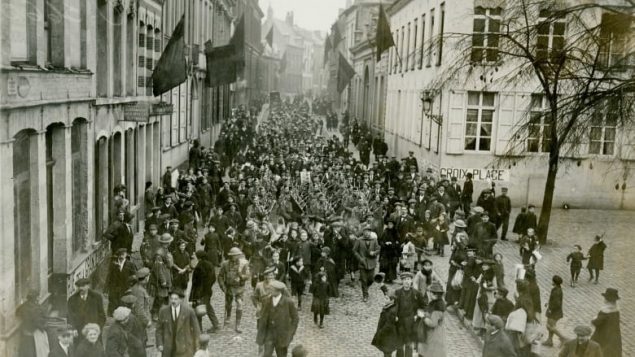 Another view of the parade led by the RHC pipe band through the Canadian liberated city of Mons, shortly after 11 AM, Nov 11,1918 (Canadian War Museum)

Right now a contingent of some 30 Canadians, pipers and drummers from across Canada and elsewhere will make up the band and lead a group of about 100 re-enactors, descendants of First World War soldiers, and former and current personnel of the RHRC as they recreate that amazing marching scene on November 11. 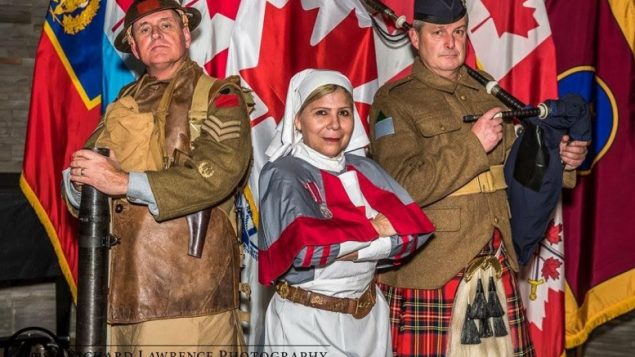 The band and contingent will also take part in a number of other ceremonies and events prior to that in locations around France and Belgium, such as at the Vimy Ridge memorial, and the recently completed Hill 70 memorial and park.

Kerr says the trip has been two years in the planning and organisation and the excitement among the group is palpable.

He says for everyone it is definitely a once in a lifetime event. 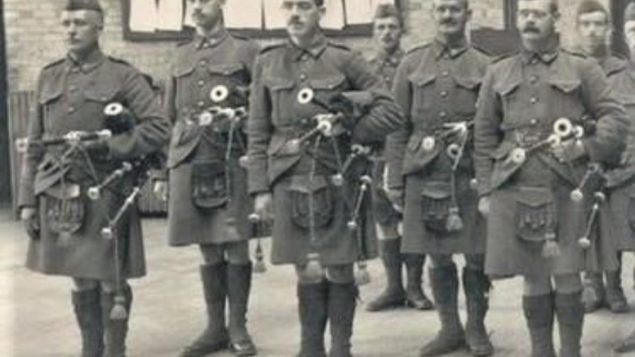 The group will travel to Mons later this week to participate in the centennial event. Dressed in authentic period uniforms and webbing, Kerr says the heady emotions, already high, will make it difficult to play.