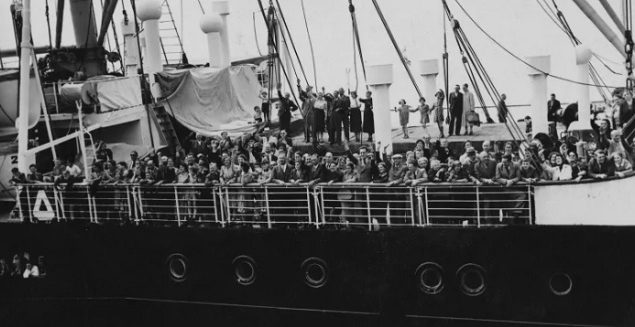 Refugees arrive in Antwerp on the MS St. Louis on June 17, 1939, after being denied entry to Cuba, the United States and Canada. (Hulton Archive/Getty Images)

Trudeau apologizes for past exclusion of Jewish refugees

Canada’s prime minister is set to apologize for what he will call the country’s moral failure in denying asylum to Jewish refugees during World War II. In one key event in June of 1939, the government of Canada rejected a plea from prominent Canadians to let 907 German Jews on board the MS St. Louis come ashore.

250 died in the Holocaust

The passengers had been chased out of Germany, sought and were refused refuge in Cuba, and Canada was their last hope. The ship eventually sailed back to Europe and more than 250 died in the Holocaust. 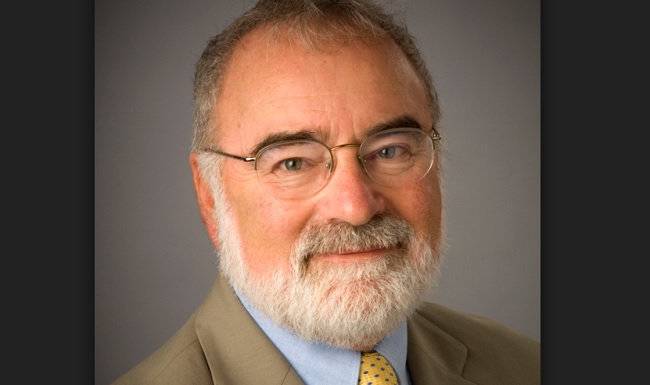 Prof. Irving Abella tells how two documents triggered his and a colleagues profound research on the MS St. Louis incident and Canada’s refusal to admit Jewish refugees during WWII.

“We learned that the government of Canada had a restrictive, anti-Semitic immigration policy,” says Irving Abella, a history professor at York University. “It had the worst record of any immigration country and of any democracy in accepting Jews. It accepted far less, for example, than Argentina or Mexico and the pressure was on the government by the provinces, particularly Quebec, to keep Canada’s doors closed to refugees, particularly Jewish refugees.”

Canada was racist in its treatment of Jews already within the country. There were restrictions on various occupations, on the sale of houses to Jews, and there were signs in hotels and resorts that said ‘No Jews or dogs allowed,”

‘None is too many,’ said Canadian high official

When the entreaty to admit the Jews aboard the St. Louis was rejected, a high government official said if Canada accepted a handful of Jews it would have to accept many more and that “none is too many.”

When Canada learned during the war that the Germans were exterminating Jews, officials did not change the policy of not letting them into the country. Says Abella, “No. It got worse.” He says Canada only began to accept Jewish immigrants three years after World War II when Israel was established and that lessened the fear that a flood of refugees would come to Canada.

Abella says the decision now by Trudeau to apologize for this is timely. “I think it’s an important statement that the old Canada no longer exists, that the Canada which closed its doors, which turned away boats full of people, which was restrictive in its immigration is gone.  And the new Canada which is open, liberal, humane, receptive, hospitable is issuing an official apology for not an act of commission as much as an act of omission.”

One comment on “Trudeau apologizes for past exclusion of Jewish refugees”