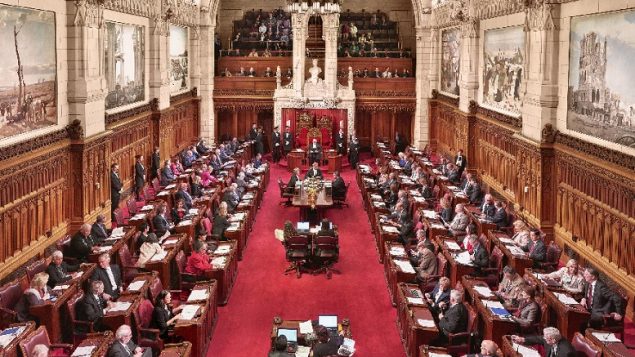 The Canadian Senate chamber, still trying to improve its reputation after attendance and expense scandals. (Senate of Canada)

A huge scandal over alleged expense claim abuse by certain Senators began in late 2012 and only ended in 2016 after years of bitter allegations and counter claims, lawsuits, and the police eventually dropping the charges.

Nonetheless it brought the issue of Senators expenses into the public consciousness, and shook public confidence in the Upper Chamber of Parliament with longstanding damage to the reputation of the members and the institution itself.

Now the Senate is looking to create an oversight body in an effort to restore some of that lost confidence.. 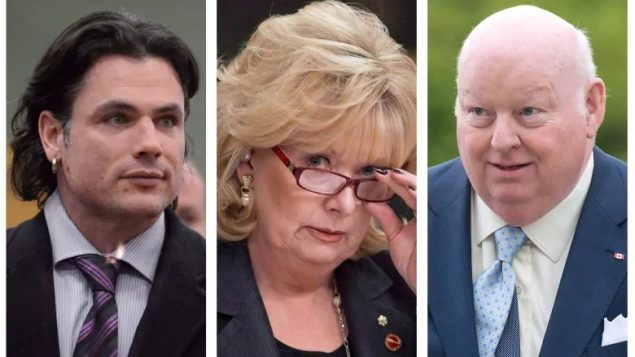 Senators Patrick Brazeau, Pamela Wallin, and Mike Duffy have all been legally cleared of the 2013 expense scandal. Another Senator, Mac Harb, retired when the scandal broke and repaid certain expenses (Adrian Wyld/Canadian Press

The proposal would see a permanent audit  and oversight committee.. One Senator however, Peter Harder, says having Senators examine other Senators expense claims would raise concerns over conflict of interest

Senator David Wells who was chairman of a sub-committee that recommended the creation of a permanent audit group says such a committee would oversee all Senate expenses, not just expense claims and would include both external and internal auditors as advisors to the eventual committee.

In 2015 Canada’s Auditor-General Michael Ferguson recommended and independent oversight body after reviewing the expenses of over 100 past and current Senators. He found questionable expenses of 30 of them amounting to over $1-million, an amount later reduced through arbitration. 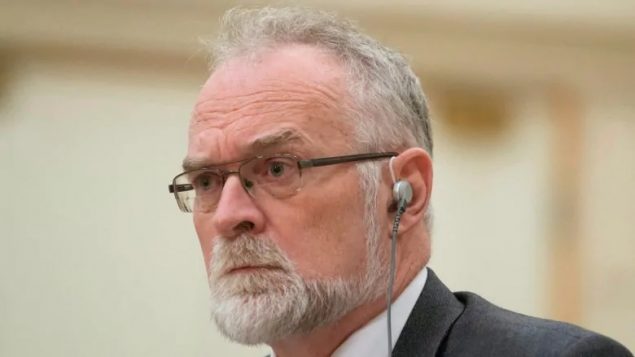 Senator Wells said since the scandals became public, Senators expenses are posted online in an effort to restore trust in the Chamber.

Another question found that a slim majority had a positive (11%) or somewhat positive (41%) view of Members of Parliament. However the “positive” opinion has slipped considerably from the 2016 poll when it was at 19%., while negative opinions are at 24% and somewhat negative is at 14%- up 8% from 2016)

When asked about the Senate, three-quarters of Canadians said they are familiar or somewhat familiar with its role.

When asked what words come o mind about the Upper Chamber however many negative words came to Canadians minds. These included “ineffective- pointless” (21%), a “waste of money” (12%) and “outdated (7%) 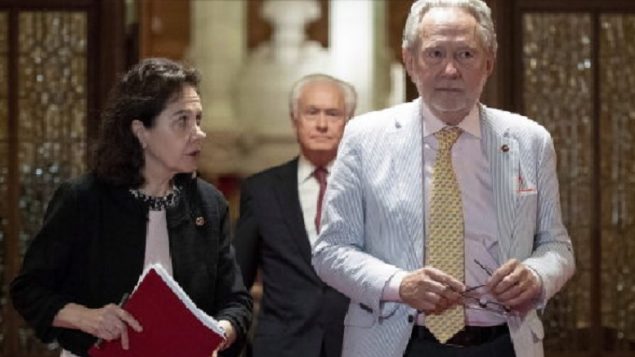 Senator Peter Harder wants an independent oversight panel and not one made up of Senators themselves. (Justin Tang- CP)

Opinions of the Senators themselves were not much higher, with 58% saying they had a negative or somewhat negative opinion.

Much of that is because Canadians feel the Senate is too partisan and it should be independent and vote independently on issues.

Since the scandal came to light, about half of Canadians feel the Senate hasn’t really changed and is operating much as it did five years ago.

In decades past, it was revealed that some Senators were receiving their salary (base $142,400 as of 2015) but seldom showed up. Attendance records are now made public.