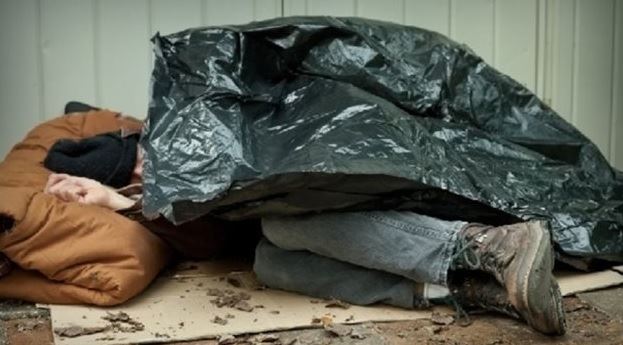 Socks are a much needed and appreciated necessity for the homeless. A 2016 report found approximately 35,000 people in Canada are homeless on any given night. (CBC/file)

‘Socks for Bubbly’ is the charitable campaign that exchanges a glass of champagne or sparkling wine for a new pair of socks, for the homeless.

It was started five years ago in Montreal, when David Ferguson, the owner and chef of Restaurant Gus, introduced it.

“I realized I could help in a small way”

Now in its fifth the year, the simple great idea has spread to more “favourite” restaurants in several Montreal neighbourhoods.

And in Toronto, Canada’s largest city, which caught on quickly to the kind arrangement, the list of restaurants involved has grown from six last year, to twenty this year.

Beginning on Monday November 19th, as people begin to get into the Holiday spirit, greatly aided this year by the early snow, the socks for bubbly exchange will continue through the weekend until Sunday November 25th. 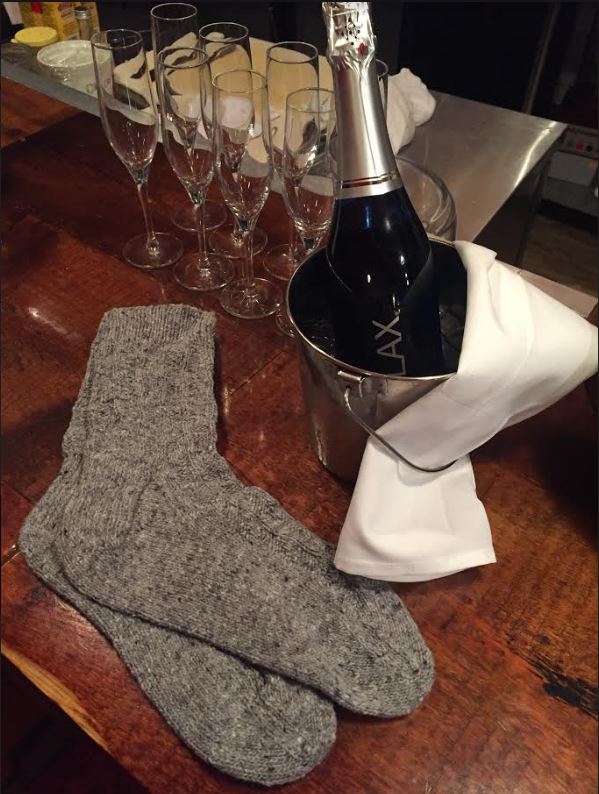 Socks for Bubbly, a mindful exchange for the upcoming holiday season. (courtesy of Bookmark)

One glass for a pair of socks, though people are certainly welcome to donate more than one pair.

The Old Brewery Mission, a men’s shelter in Old Montreal, goes through 50,000 pairs of socks annually.

Arjun Basu, and old friend of Ferguson’s, got involved this year, along with colleagues from the company he works for, Bookmark.

They’re volunteering and helping out with everything from communications to transportation.

On the company’s website David Ferguson described his “aha moment”!

“After seeing a documentary about the homeless and how it lifted their spirits to have the comfort of clean warm socks, I started to investigate if they were being served. When I heard about the high demand and low supply of new warm socks, I realized I could help in a small way.”

“The difference between pain and comfort”

And Matthew Pearce, CEO of the Old Brewery Mission, is quoted on the site explaining just how essential socks are:

“Homeless people spend much of their day moving about from place to place, on foot, for their meals and a place to sleep and so, socks make the difference between pain and comfort.”