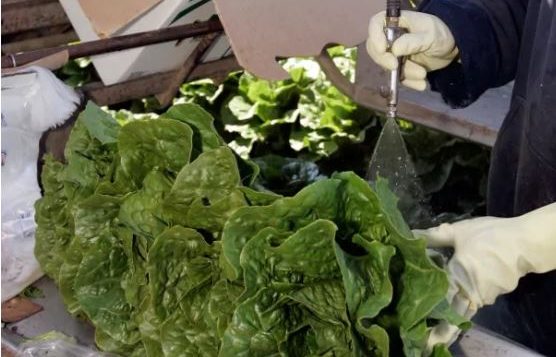 Romaine lettuce has been linked to E. coli infections in Canada and the U.S. (Paul Sakuma/Associated Press)

Romaine lettuce a danger in Ontario and Quebec again

Romaine lettuce is off limits again in the heavily populated provinces of Ontario and Quebec where 18 cases of E. coli infection have been reported.

Three have been confirmed in Ontario and 15 in Quebec.

The Public Health Agency of Canada is working with health officials in the United States to find the source of the infections that have hit in the two provinces and 11 states.

The agency believes the illnesses are associated with the outbreak that began in mid-October and the risk appears to be “ongoing” it said.

“Recent illnesses indicate that contaminated romaine lettuce may still be on the market, including in restaurants, grocery stores and any establishments that serve food,” the agency stated in a warning. 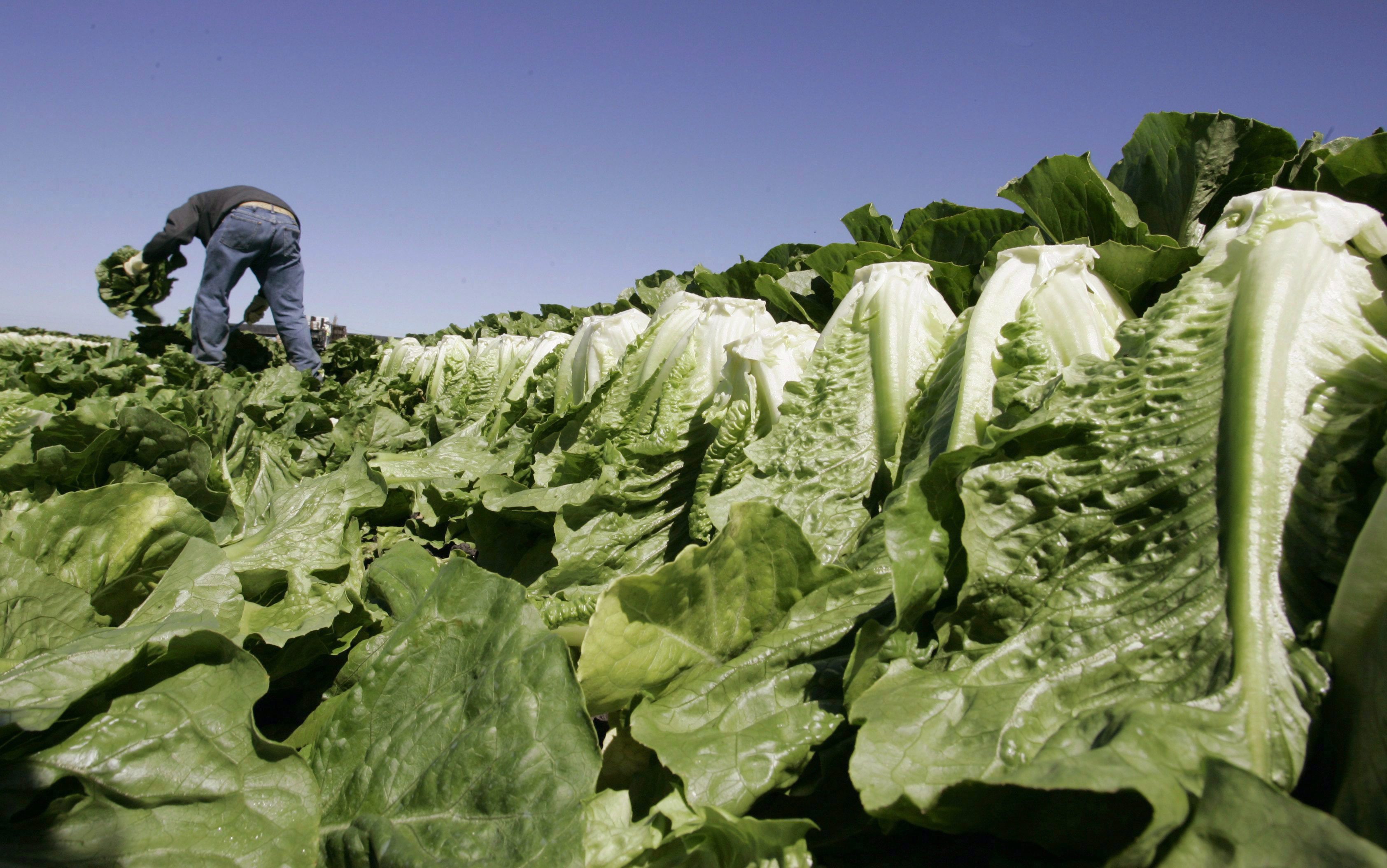 Romaine lettuce harvesting in Salinas, California on Aug. 16, 2007. Several restaurant chains have stopped serving dishes with romaine lettuce amid a deadly E. coli outbreak linked to the leafy vegetable, and Canadians are being warned to avoid it. THE CANADIAN PRESS/AP, Paul Sakuma

No deaths have been reported in Canada, but six people were hospitalised.

This is the same strain of the bacteria, E. coli 0157, that was linked to romaine lettuce affecting people in the United States and Canada last December, 2017.

According to the Food and Drug Administration, 32 people have become ill in the U.S.

Usually people recover within five to 10 days and there is no “real treatment” apart from staying hydrated.

E. coli bacteria are found naturally in the intestines of farm animals.

Contamination of fruit and vegetables can occur when they come in contact with animal feces, but most forms of the bacteria are harmless.